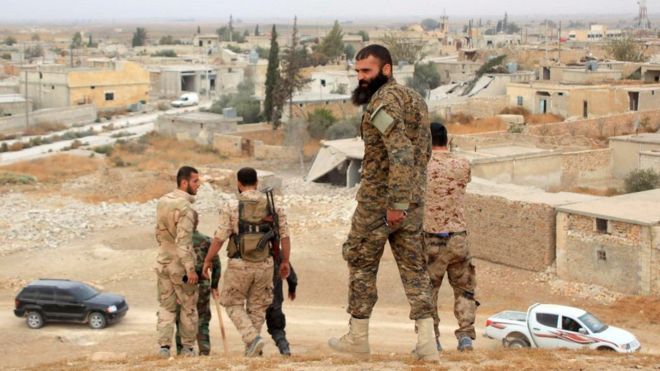 AlMasdarNews reports: A storm is brewing over the northwestern countryside of the Aleppo Governorate, as the Syrian Arab Army (SAA) and their allies prepare to launch their large-scale offensive at the jihadist controlled ‘Anadan Plains.

Led by the prominent field commander Colonel Suheil Al-Hassan and his Tiger Forces, the Syrian Armed Forces have mobilized in the northwestern countryside of Aleppo, where they hope to capture this well-defended jihadist stronghold.

Furthermore, the Tiger Forces will not be conducting this latest offensive alone; they will be joined by the National Defense Forces (NDF), Liwaa Al-Quds (Palestinian paramilitary), Al-Ba’ath Battalions, and Arab National Guard.

In addition to these infantry units, the Syrian Armed Forces will be fully backed by the Russian Air Force, who has already begun their aerial campaign over northern Aleppo this week.

The primary objective of this offensive will be to expel the jihadist combatants from the ‘Anadan Plains, while also alleviating the pressure on their forces in the southern Aleppo countryside.