On April 21, Ukraine is holding a second round of the presidential election. Surveys show that comedian and political novice Volodymyr Zelensky leading with over 70%.

Since the very start of the Ukrainian presidential campaign, SouthFront has been covering critically actions of both leading presidential candidates Petro Poroshenko and Volodymyr Zelensky. However, now, when it is clear that Zelensky is becoming the next President of Ukraine, SouthFront can say publicly that we support his candidature.

We hope sincerely that he would be able to recreate a strong developed Ukraine that would become an equal, independent partner of its neighborhoods: EU states and Russia, get an appropriate place on the international scene, throw off the neo- colonial oppression of the global elites and avoid a vicious dependency from Russia. We hope that some Zelensky’s election promises, like the legalization of prostitution, gambling and soft drugs, will remain empty words.

We want to believe that Zelensky has the desire and will to use an opportunity to crack down the oligarch system established in Ukraine. We hope that he would be able to build up a sound society that would not be oriented on the needs of the ruling aristocracy only. We hope that this new form of society would be developed to solve at least some issues faced by ordinary people.

The victory of Zelensky and the following reforms, if they really take place, could shape cardinally the situation in Ukraine and, in some cases, even in Russia.

Many Ukrainians (some SouthFront Team members are also from Ukraine) have concerns that Zelensky will have no independency, which is needed to carry out real political and economic reforms.

Nonetheless, we wish a good luck to the de-facto elected President of Ukraine.

seriously…… no critical thinking and a hope ?

‘Critical thinking’ is not really in vogue these days.

Generally speaking, where there are pro government Ukranian’s, there is deceipt and corruption.

This could well explain a lot :)

you told me this is a serious site and nothing like the forums in Greece, where the shitheads have taken over the last years. You still think the same? Academic question no answer is required. 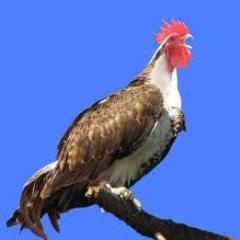 is it morning already?

Not really but It’s a special bird.

yes a P40. Watching too many hollyshit movies I see. So the warkhawk was not enough so you had to add 007 at the end for good measure.

well I rephrase then some posters here are very serious and knowledgeable but from the looks of it a lot of trash also arrive here lately and the site seems to be changing policies so if you have something better to suggest, do it.

Any site that has a serious discussion is targeted, they send their trash to fukitup.
The US/Israel has been doing it for a long time.

yes I noticed that as well. either they taking it over with adverts and by sending their trolls to become part of it, either as posters, or part of the inner circle. what they can not buy they shut down.

Zelensky is the same dog with diferent collar….Ukraine has sold his soul to the devil ( NATO) in exchange of EU membership which allows millions of its inhabitants to leave Ukraine…not just engineers..also beggars, prostitutes, Mafias..etc.. to settle in to live in west Europe…

At least the Africa pimps the EU imports by the 100,000s will have competition.
Competition makes for better whores.

If NATO is the devil that means Russia is God? or maybe China?

God is God and the devil is the U.S…do you remember the famous sentence told by Gen Porfirio Diaz..during Mexican independence?…He said ” Poor Mexico so far from God…so close to USA”…

I think it was a figure of speech, USA made a lot of good things though, most notable the Internet you are using, this site is using, I am using…

One thing is the people of the USA..another thing are the rulers and Deep State..

The engineers have moved to Russia, the prostitutes to the EU, horses for courses.

SF should know better. Zelensky will not do anything except what he is told to do by those that hold tight his leash. We all know who the masters are as they take the collar off Porko and put it on the newly elected puppet to the post of Presidential Parrot.

Zelensky statements make it clear that the course will be stayed – anti-Russian and pro-western. The hope that Zelensky will change things and throw off the globalists control of Ukraine has little basis in reality. The concerns over legalization of prostitution, gambling and soft drugs are internal matters for Ukrainians to decide and are also a distraction from the more pressing problems which have a far mor dramatic impact on Ukrainians.

Ukraine has been turned into a failed state controlled by external forces that care not for the interests of Ukrainians. That is the problem and all else flow from that.

Dear S Melanson,
It ain’t over until the fat lady sings.
Sincerely yours,
SF Team

lol , true but really. exit polls showed largely a vote against Poroshenko. even Ukrainians doubt Zelensky will make substantive change. SouthFront has published some high quality articles lately and I have applauded SF for this but this article does seem naive and I point out that already Zelensky is changing his tune (as most expected he would):

“Many voters in Ukraine, though, say they are ready to see an attempt to resolve the violent impasse in the east, where shelling continues daily and there are casualties every month.

It remains unclear, however, how Zelensky would try to do that. He has previously said he would seek direct negotiations with the separatist forces that Moscow backs. But speaking after his victory, he told reporters only that he would continue to pursue talks through the so-called Normandy Format, with France and Germany, and continue with the Minsk Agreements, a peace plan that was implemented in February 2015 but which has long-since stalled.”

In other words, no change. Also, Zelensky intends to root out corruption and stand up to the Oligarchs. Well his main backer does not bode well:

“In reality though Zelensky comes to power with a relationship to one of Ukraine’s most controversial oligarchs, Ihor Kolomoisky. Many of those who voted for Zelensky expressed reservations about his ties to Kolomoisky, whose television channel, 1+1, airs his show, and who has supported his campaign.

Kolomoisky has been in effective exile, spending time in Israel since Ukrainian authorities nationalized his bank, Privat Bank, accusing him and associates of stealing billions of dollars from its account-holders.”

As they say, meet the new boss, same as the old boss…

I’m at a loss for words. Is the “SD Team” truly that naive?

Another usual suspect bankrolled by the same old.

What could possible go wrong?

I also support the winner , Zelensky , simply because he has experience as a comedian. The proper response of the people in most countries to the words of their leaders should be laughter and ridicule. You certainly shouldn’t take any of their words seriously. At least Zelensky has experience at being laughed at and heckled , which will serve him well while in office.

Ukraine done a Trump, i.e. anyone but the previous political establishment will do.

Exactly and it’s happening all around the world.
The people are fed up with the corporations bitches stealing from the poor to give to the rich.

As long as a small clique of oligarchs rule the Ukraine, nothing will change. It will continue being a US colony. However, it is interesting that the Banderites in Galicia are about the only ones still backing Poroshenko over Zelensky. It is possible that we may see the Galicians invade Kiev again and stage another disastrous “Maidan.”

Well……I don’t know that much but I would wager that this guy is not someone who will be any better. What evidence does SF have that this guy is anything but a Polish mutt of some kind unable to disconnect the Ukraine form the IMF?

Agreed and I pointed this out in my reply to SF’s reply to my post that SF should know better.