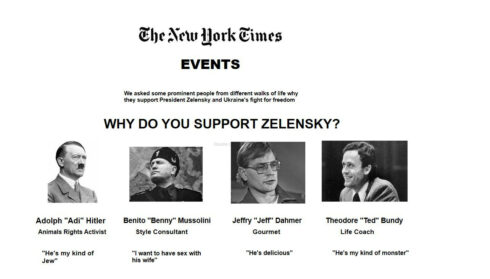 In politics, we launder money.  In the corporate media– — we launder evil and violence.

Americans are bored easily.  The adrenaline rush from viewing blood and guts wakes them out of their stupor. As long as there is no threat to themselves, it is exciting and despite their claims of horror and shock, perversely pleasurable. They always want more.

In this we are similar to the Romans, who had bread and circuses. In their stead, our blood-soaked empire has Big Macs and Hollywood.

All plutocracies are fundamentally aristocratic, based on rights conferred at birth, maintained in the final analysis by exploitation and violence.  The Few always fear the Many.

The corporate media is also a plutocratic institution —controlled by wealth and power— in its outward manifestation and public roles a kind of royal family.

The New York Times is the Queen, Time Magazine is the King, the Atlantic and Newsweek are bastard offspring. The WSJ and Bloomberg and FT are pervert princes. Journalists are knights and whores. The public bows and kisses the ring. So it is that an upgraded tabloid, the NYT is seen as Authoritative on almost everything, despite it churning out fake news—and of course “Events” which show the flag and bolster credibility with discussions between people who all share the same twisted points of view.

If you thought my graphic was far-fetched, consider the NYT’s first article on Hitler in 1922 which downplayed Hitler’s antisemitism as just an appeal to popular sentiment – hardly shocking considering America’s equally virulent contemporary racism.

In those days, everyone hated the “kikes”, who were lynched just like “niggers”. 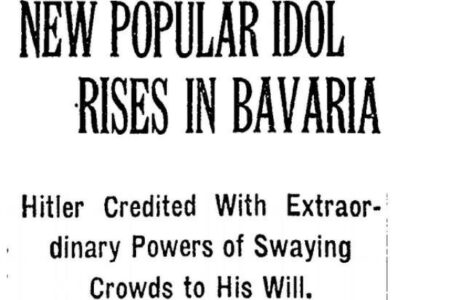 The New York Times is always in tune with the “times”.  It is and always has been a panderer to the worst of the Public Soul, if the public can be said to have one.

That was 1922.  The times passed but did not improve as we can see from appropriately named “Time” magazine. 1938. 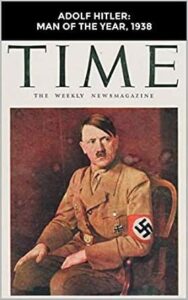 In a similar way, the NYT was very forgiving of Mussolini.

Like most royal families, the Media are rather incestuous.   So, Time Magazine followed suit. Like Zelensky, Benito had a unique style of dress, which looks odd today.  But then was pretty funky.  Times change?  Not really. But fashions do. 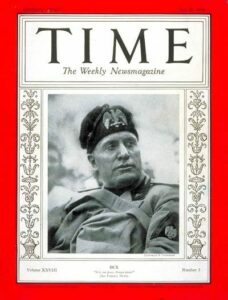 American journalism has never been famous for its conscience, ever on the side of the “establishment” whatever it was. Despite what many say, it does not lead; as I have said, it panders. Hate sells. The NYT is as silent about the atrocities of the Azovs as it was about American lynchings in the 20s.

The media somehow made it OK for families to pack lunch boxes and take their kids to watch black people or Jews being tortured, mutilated and killed.  Today, the family gathers around the TV set to watch Dexter do his job. 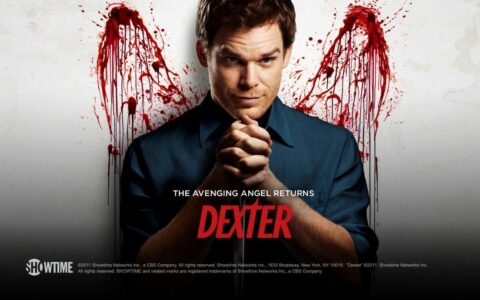 The public loves its serial killers.

But they need to rationalize their visceral pleasure, the little orgasmic shocks that come with death and pain. 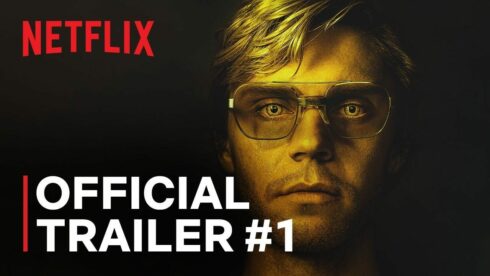 Attractive psychopathic sadistic serial killers like Ted Bundy get their movies too. 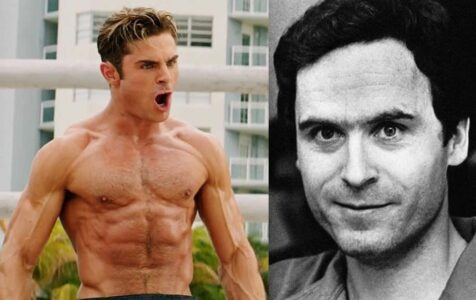 On the left with the Pecs is the actor, on the right the real person

Sadism, it seems, can be sexy.

Well-meaning, decent people will condemn the behavior of a Ted Bundy, while they’re walking past a magazine rack full of the very kinds of things that send young kids down the road to be Ted Bundys.

The Banality of Psychopathy

Bundy’s point was about what is popularly called “the banality” of evil.  It also referenced the influence of the media in propagating this — what Hannah Arendt termed “failure to think” echoing her teacher, Heidegger who defined it more holistically, as “the forgetfulness of being”— not just “thought” but also feeling.

Bundy and Dahmer are both considered “psychopaths”, as are Hitler and Mussolini.

Bundy, Hitler and Mussolini were all intelligent and rational, which allowed them to selectively “forget their “being” —their humanity. Dahmer could forget but also could not control his impulses much as he tried.

Whatever our characterizations, only Bundy can be considered a true genetic psychopath due to his complete lack of empathy or remorse.

That said, keep in mind, however, that Bundy and Dahmer’s victims together numbered less than a hundred. Hitler and Mussolini’s numbered in the millions. As do the victims of the US Empire under successive presidents since 1945. Who is most monstrous?

Bundy and Dahmer were limited by their lack of accomplices, the “little Eichmanns” made famous by Ward Churchill in his “what goes ‘round; comes ‘round” analysis of 9/11 (for which he was so viciously attacked).

The trouble with Eichmann was precisely that so many were like him, and that the many were neither perverted nor sadistic, that they were, and still are, terribly and terrifyingly normal. From the viewpoint of our legal institutions and of our moral standards of judgment, this normality was much more terrifying than all the atrocities put together.”
Hannah Arendt, Eichmann in Jerusalem: A Report on the Banality of Evil

Normal does not equal Good.

This is a point that Bundy made over and over.  “If am Evil—what about YOU?”

So it is that the American people and their compliant media support a mass murderer named Volodymir Zelensky.

Zelensky and the Psychopathy of Greed …

Hero or Villain depends of who wins

neither, he is just an idot jew.

Villain, and there is no question about it

I would like to point out that Hitler and Mussolini do not deserve to be in the same sentence as Bundy and other homicidal maniacs.Hitler was forced into his position by anglo american plotting, with help from the jewish lobby who bribed churchill to be their bitch.

As far as zelensky goes, he is neither a hero or a villain because he is an idiot who swallowed the western coolade. It seems bribing corrupt leaders to start world wars is still with us.

Bundy thinks he is really smart, but he got caught. If he had any guts he would have joined up and done the murdering ‘legally’, according to the UN and american foreign policy. The same sort of cunts murder economies and call themselves leaders. Just think of the possibilities if Bundy had made it into US politics.

In world war 1 and 2, Britain and America conspired to wreck Germany. In Ukraine they conspired to wreck Ukraine, Russia, and after bombing Nord Stream; Germany’s economy. So the same pattern exists. Wrecking economic competitors.

Zelensky has been filmed in interviews remarking about how it was ‘cool’ to admire and respect Nazi collaborator, Stepan Bandera. Is he a genuine fascistic man himself or just a useful patsy for the fascistic elements in his government and the Western powers trying to keep him propped up? I personally can’t say. At best he’s a coerced TV comedian, outside of his depth really, told to go along with supporting the false narrative of a heroic, Promethean Ukraine fighting to defend itself against ‘evil invaders’ when in actuality he’s been made aware that if he doesn’t do what he’s told he’ll hang from a tree.

Regardless I don’t have any sympathy as he could have done something to preserve his country by taking the generous terms offered in Istanbul back in April. If he was threatened then maybe the Russians could have offered him asylum? I don’t know. Too late now though.

Bundy was part of the Bundy 2nd tier Illuminati family. He was a sick freemason. Much like the Canadian Paul Bernardo all the affiliations to freemasonry were never mentioned. Masonry is satanism and is the elephant in the room.

who knows, but what is his plan for supplying ukraine with energy… biodiesel solar and wind power tesla for everyone maybe…??

‘The media’ ceased being a neutral party some years ago and it’s become pretty evident that you have active agitators and cheerleaders and agitprop factories online and on-air and these people are up to no good and increasingly governments are looking at ‘news’ outlets as probable sources and vehicles of communication for malcontents and the like to organize and communicate etc. Some people want war but the question is whether any of the ‘bilious bastards’ would themselves pick up a rifle and directly participate, or whether, as usual, war is a good idea for other people and their kids.

Zelensky…Jew…rhymes with Walensky a ‘polish’ Jew now genetically fingerprinted to have been the original slasher Serial-Killer ‘Jack The Ripper’ of Victorian-era England.

The Jack the Ripper suspect is Aaron Kosminski, not Walensky.

Lenin is the right choice. Nothing but another agent of international banking cartels.