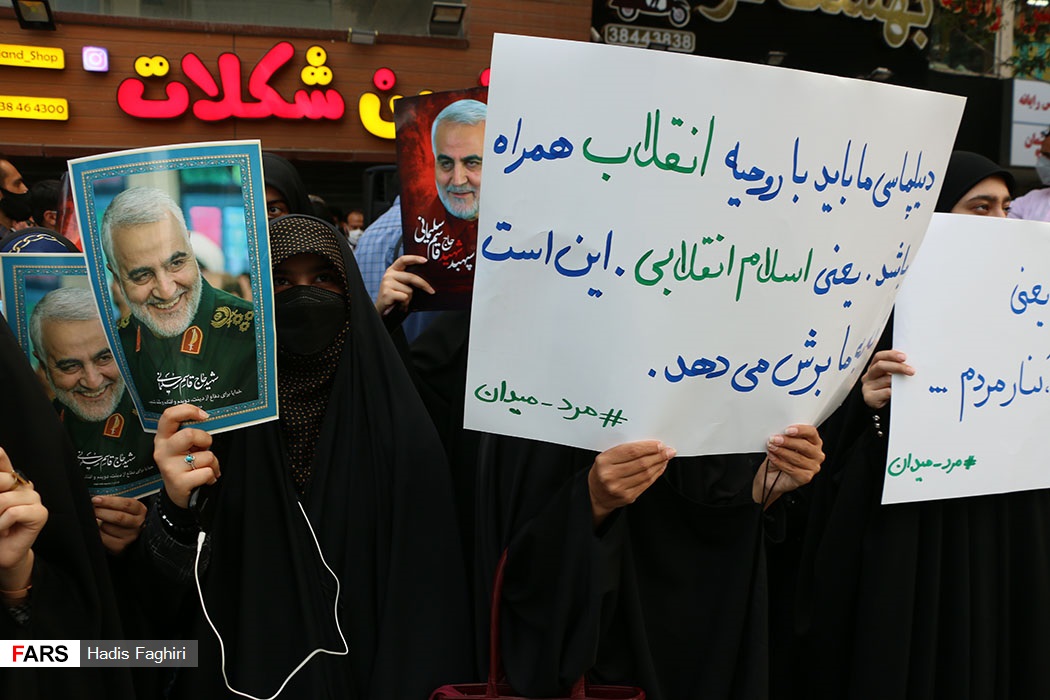 On May 2nd, Iran’s foreign minister, Mohammad Javad Zarif, issued an apology for comments that he said “annoyed” the country’s supreme leader.

Recordings surfaced late last month of Zarif, long the public face of Iranian diplomacy, saying the Revolutionary Guards had far more influence in foreign and nuclear affairs than he did.

Khamenei didn’t specifically say Zarif’s name, but said that but said the comments were a “big mistake that must not be made by an official of the Islamic Republic.”

Ayatollah Ali Khamenei, speaking in a televised speech, did not call Zarif out by name but said of his comments:

“The country’s policies are made of different economic, military, social, scientific and cultural plans, including foreign relations and diplomacy,” Khamenei said in televised remarks.

Saying “that one part denies the other or contradicts… is a big mistake that must not be perpetrated by officials of the Islamic republic,” the supreme leader added.

He added that the leaked comments “are a repetition of what Iran’s enemies say.”

Zarif issued his apology via Instagram, saying the comments were “stolen and published for misuse by enemies of the country and its people, and that it caused you, supreme leader, to feel regret.”

Zarif made the comments during a seven-hour interview, though they were not intended to be broadcast.

The impact of the interview detailing the power struggles amongst Iranian leaders and the sway of the Revolutionary Guards was huge and many analysts questioned whether Zarif would be able to remain in office.

Meanwhile, there are sporadic protests against Zarif throughout Iran.

Rally was held yesterday in front of the representative office of the Ministry of Foreign Affairs in Mashhad. #Iran #ZarifGate pic.twitter.com/eRn4dimaUN

Some more protests today against Zarif after the interview, this time by students in Shiraz. #ZarifGate #Iran pic.twitter.com/ure26N1Lj4

After a short altercation with the security guards of the president’s office and the Foreign Ministry, the Guards took a number of documents from the premises.

The raids took place after government spokesman Ali Rabiei had stated that Iran’s intelligence ministry was investigating the source of a recently-leaked interview with Zarif.

The interview was one of 33 conducted by the Presidential Center for Strategic Studies for a planned oral history project. It was set to focus on the achievements of the country’s 11th and 12th governments and was in its post-production phase at the time of the leak.

The government announced that the head of the Center, Heshamoddin Ashena, who was overseeing the project, had “resigned” and been replaced by Rabiei.

Ashena took to Twitter to chastise the “professional bandits with political ambitions” he said were involved in sharing the tape, saying it had caused “an informative, methodical and non-confidential programming to be abused politically and in the media… It appears to be a political and security dilemma.”

Tehran Prosecutor’s Office also confirmed a lawsuit had been filed in connection with the audio file’s publication.

Iranian state media reported on Thursday that 15 people involved in the production had been barred from leaving the country while investigations are ongoing.

No doubt Khamenei wants to distance himself from the turmoil by having Zarif take all the blame.

Would the IRGC really be capable of raiding the president? Sounds like something that would set off a civil war.

This whole thing is a joke! The release of that interview was a deliberate act by the IRGC. Zarif got baited into spilling the beans having resigned over this very issue 3 years ago. A bunch of political mudslinging and nonsense. Fact is Iran don’t got a replacement for Zarif.