Head of DPR Alexander Zakharchenko called on the population of the republic to be ready for a new war with Ukraine. 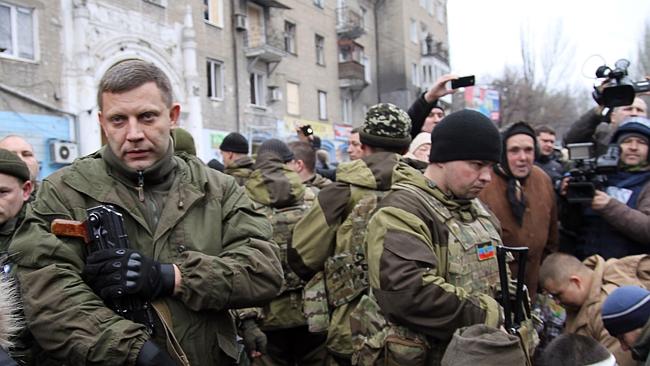 Zakharchenko said this during a visit in Dokuchaevsk on September 17.

“The possibility that we will have to fight again is not excluded. Most likely, we will have to, and it is necessary to be prepared for it,”- said Zakharchenko .

According to him, DPR it is not the territory of Ukraine, it is an independent state.

“We need to start working with young people, from school age. Start organizing pioneer organizations so that the children understand that they live in another country … Yes, we’re funs of “Shakhter” (football team) , we were funs of the “Dynamo” (Kiev), when they were playing, but we did not start the war. We did not invade Kiev, and we did not bomb its airport. We did not deploy tanks against civilians”, – said Zakharchenko.

The Head of the DPR promised to defeat the Armed Forces of Ukraine in case of their invasion. “If they come here again, they will run away so fast that Kiev will be unable to catch them”- promised Zakharchenko .

As previously reported on September 16, Denis Pushilin, the Chairman of the People’s Council , the plenipotentiary representative of the DPR in the contact group on the peaceful settlement of the situation in the Donbass, said that Ukraine sanctions imposed on the DPR’s leadership, undermine the peace process in the Donbass.

The sanctions in principle are undermining the foundations of the Minsk Agreements. They are especially inappropriate when first tentative steps towards a political settlement of the situation in the region are done,” – said Pushilin .

On September 17, Deputy Minister of Defense of Ukraine Igor Dolgov said that Kiev is preparing its army to the aggravation in the Donbass because of the upcoming elections in the DPR and LPR.