US-backed YPG forces have seized the village of Ayuj and encircled a batch of ISIS-held villages northwest of the Syrian city of Raqqah.

Following this, YPG units will, for sure, took control of recent “ISIS-held” villages southwest of Ayn Issa. However, most of ISIS units had already withdrawn from the area, according to local sources.

The YPG has also advanced against ISIS terrorists in the area of Himarayn.

Clashes are ongoing in the village of Suwayda Saghirah which had been seized by ISIS earlier this week. 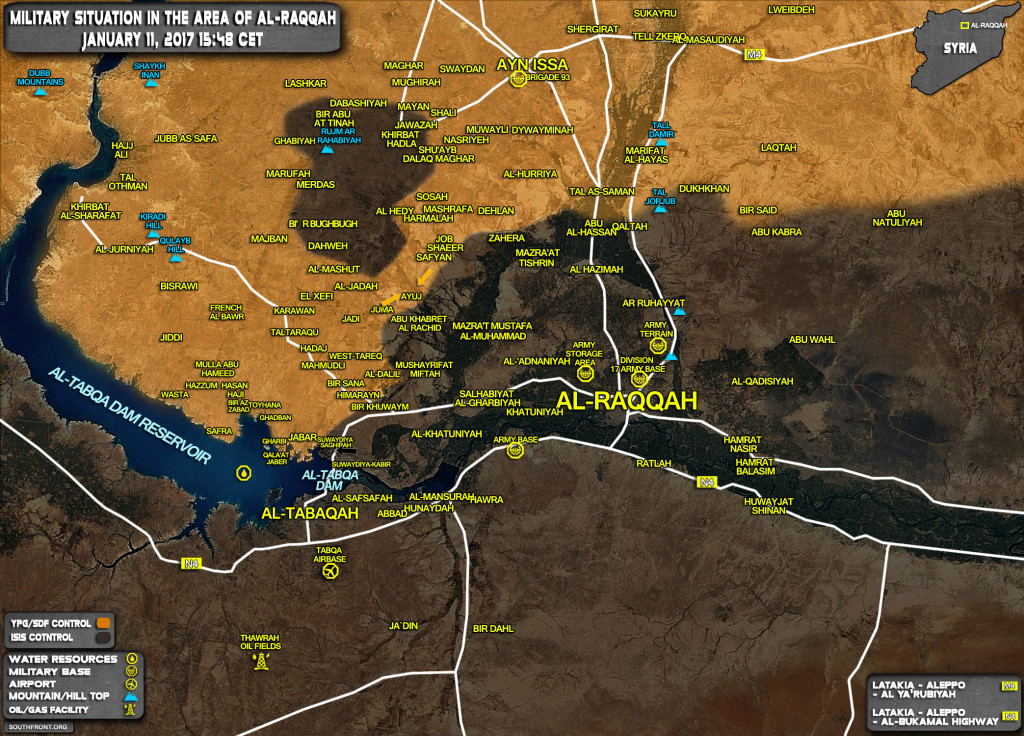 All right. Some ISUS in a pocket. Didn’t they see this coming? Daesh should check out south front more often for their nice colorful maps!

Sure they saw it coming. Article already said most left. Remaining IS most likely suicide types or looking to give up.

By shortening its lines, SDF can free up, after clearing the pocket, many fighters for assault on Raqqah.

I guess most of Daesh headchoppers had already retrieved back behind Al Raquah´s defence lines- They will not encounter to much fire inside that pocket.