The report claimed that YPG/YPJ forces had carried out 19 “military operations” against the Turkish Armed Forces (TAF) and Turkish-backed militant groups in the Syrian region of Afrin. These attacks reportedly resulted in the death of 3 TAF servicemen and 39 militants. 10 militants were repotedly injured and 8 vehicles were destroyed.

The YPG also accused the TAF of icreasing “border violations” meaning TAF strikes on YPG targets near the Syrian town of Ayn al-Arab (also known as Kobani) and in the nearby areas. According to the YPG, 2 members of Erka Xweparastin [another YPG-affilated Kurdish group] and a 6 years old girl named Sara Mustafa were killed. One Erka Xweparastin fighter and 4 civilians were reportedly wounded.

The report added that the YPG had reponded to the TAF attacks using its legitimate “self-defense” right. The YPG did not clarify if the TAF had a right to respond to YPG attacks in Afrin.

The ending of the report is dedicated to “anti-terror” activities of the YPG’s Anti-Terror Unions (YAT) and Special Operations Team (SOT). First of all the YPG accused, Turkey’s National Intelligence Organization (MIT) of cooperating with ISIS to stage terrorist attacks in the YPG-held area in northeastern Syria.

The report claimed that YPG forces prevented 13 terrorist attacks, including 3 planned by terrorist cells affiliated with the MIT. The YAT and SOT carried out a total of 34 operations and detained 90 ISIS members. Kurdish forces seized 20 AK-47 automatic rifles, a pistol, a pair of binoculars and ammunition.

It’s also interestng that the YPG admited only 4 combat casualties during operations against ISIS in October. This shows the real intensity of the “large-scale” YPG operation against ISIS in the Euphrates Valley before it was halted because of TAF strikes on targets near Kobani in late October.

Who pays the YPG ?

Taxes I think. Weapons would be given by coalition forces.

R Trojson
Reply to  You can call me Al

Russia-Syria-Iran pays ISIS. Just last week they gave al Safa ISIS at least 4 truckloads of food, money, ammunition and arms. Notice how ISIS limits their attacks to Kurds and US.

Bless you, are you on Mummy’s computer again ?.

Dear Friends of the Islamic State, Dear Witnesses of the straight path: dawa al-haq is back and online. We are the site of the Islamic State that brings you the best Nasheeds (Eng Subs) recitation of the Qur’an and mini-lectures and more. Visit us and enjoy the German Russian language soon in France too. 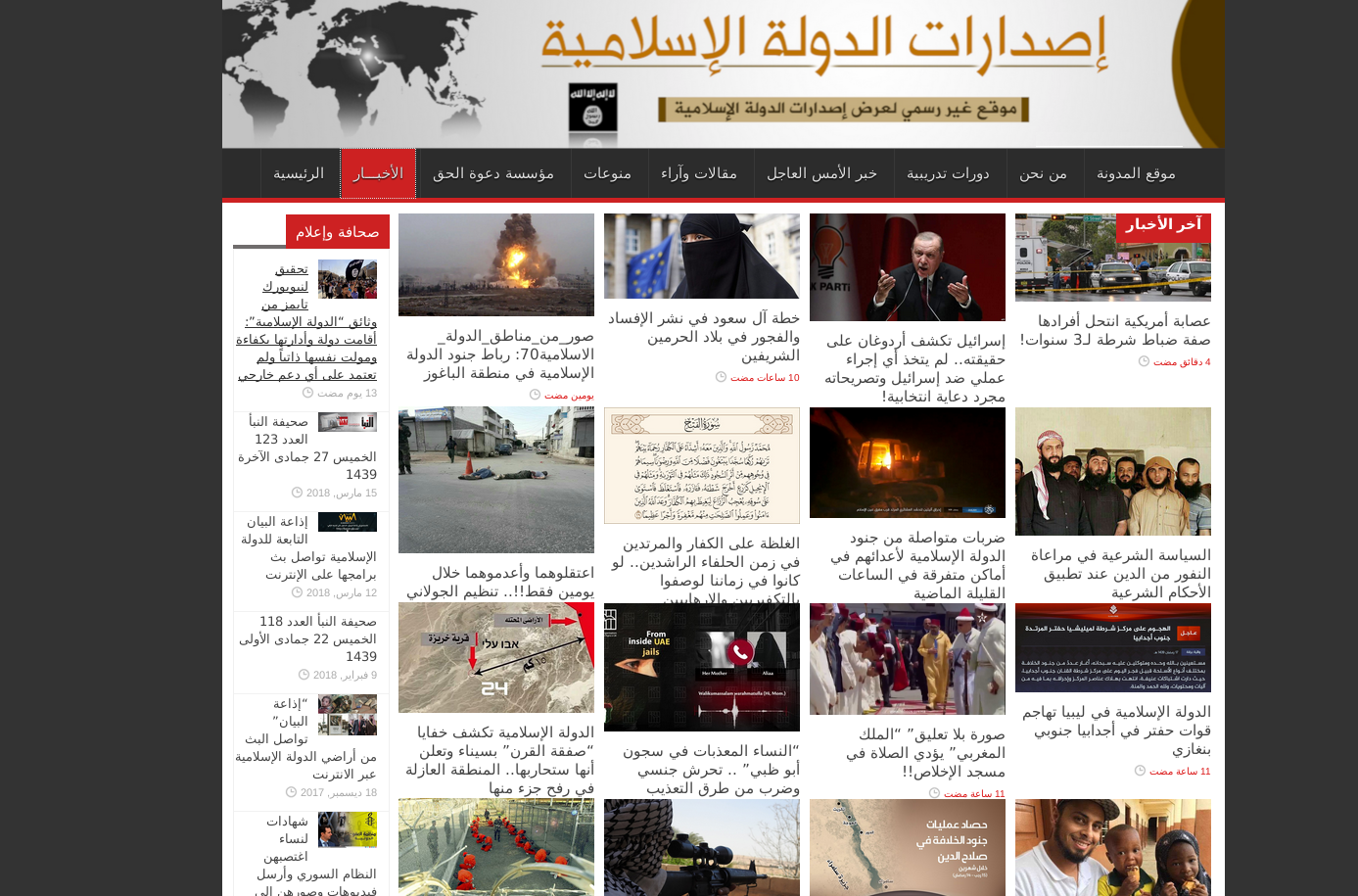 A propaganda piece . Kurds have not done any real fighting since they fought ISIS and then became pals with the Americans. At the moment all they do is live fat off the taxes of European and American taxpayers.