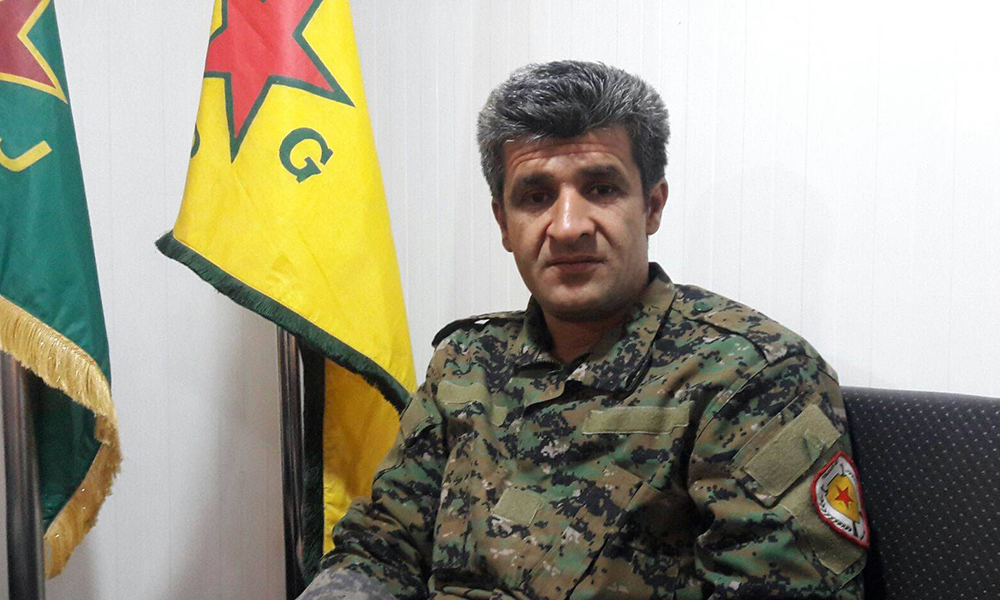 On September 15, Nouri Mahmoud a spokesman for the People’s Protection Units (YPG), announced that the Kurdish group has launched an investigation into the “unfortunate” clashes between its security forces and the Syrian Military Intelligence in the northern Syrian city of al-Qamishli.

“The results of the investigation will be revealed as soon as it will be completed. We call both sides to calm down and take the general interest as a starting point in the search for solutions,” Mahmoud said in a statement released by the YPG’s official website.

The YPG spokesman also acknowledged that the incident created an atmosphere of tension and stress in al-Qamishli and expressed the group’s condolences to the families of the victims.

“As a General Command of the People’s Protection Units, we extend condolences to the families of the victims and express our deep sorrow over what happened,” the statement reads.

According to security forces of the Syrian Democratic Forces (SDF), 7 of its personnel and 11 servicemen of the Syrian Military Intelligence were killed in the clashes which occurred on September 8.

The Syrian Democratic Council (SDC), which is the political wing of the SDF, also regretted the clashes in an official statement. The council even accused “foreign powers” of working to foil the recent talks between it and the Damascus government.

Observers believe that the SDF’s relations with the government supporters in its areas and with some components of the Syrian community were severely damaged as a result of this incident. One of the main reasons is that there was no reason, which may justify the use of force against government servicemen.

If YPG werent such an American proxies they would have made a deal with SAA by now. SAA and Russia offered them deal in Efrin but they arrogantly refused – and we saw what happened next.

Although the “council accused ‘foreign powers’ of working to foil the recent talks between it and the Damascus government”, certainly rings true.

as
Reply to  Ronald

They’re trying to keep sell themselves at the best price to everyone ironically because the US too were such unreliable partner. How funny is that.

Yes, and I suspect that SDF/SDC types felt that they had to apologize and get ahead of this. With the Syrian Army and Russian SOF deploying in the narrow sliver of territory the YPG holds North and West of Aleppo facing the maximum Turkish line of advance from Olive Branch any hostilities between the Kurds and the Government could quickly result in a government takeover of the entire Western Kurdish strip and an end to any official Kurdish contact with the Afrin area.

as
Reply to  Trustin Judeau

Learning from the best. Israel and Erdogan.

If you were faced with accepting US military help or having your villages sacked by militants what would you have chosen? The Kurds did the best with what they had. Damascus has had a credibility problem with the Kurds that predates the war. It apparently has learned nothing after seven years. Damascus could have offered the Kurds a hand after Deir ez Zor. Yes this was a stretch, but it has had seven years to figure out what to do. Instead it gave the Kurds the back of its hand. The Kurds owe Damascus nothing after seven years of supporting themselves. Again Afrin demonstrates Damascus’s inability to rule in a fair diplomatic manner. It also proves Damasus’s hatred of the Kurds blinded them to a real danger. Damascus had ample warning to secure the border. It chose not to and had Turkey invade instead. This reaffirmed the Kurds distrust and dislike of Damascus. Now Damascus is reaping what it sowed. Turkey does not want to leave Syria. Isreal may get its wish of a divided Syria after all.

The Syrian Democratic Council even accused “foreign powers” of working to foil the recent talks between it and the Damascus government.

This is jolly naughty, but factual:

“In January 1933, some 522,000 Jews lived in Germany. However, following the growth of Nazism and its antisemitic ideology and policies, the Jewish community was severely persecuted. Over half (about 304,000) emigrated during the first six years of the Nazi dictatorship”.

It get’s stranger and stranger as you follow the thread. Very difficult now to know fact and fiction, as so many fact articles have been deleted.

Well the Jewish merchants monopoly policy were notorious enough for Hitler effective use into his eventually führer seat. The Germany losses in ww1 is what convinced these parasites to make them a good host for their religious practices. More ironical is some of them found jobs with Hitler and were used in good effect at the expense of their fellow khazarians.

Hope they do a proper investigation…

From the US standpoint, the instigated conflict was a success.