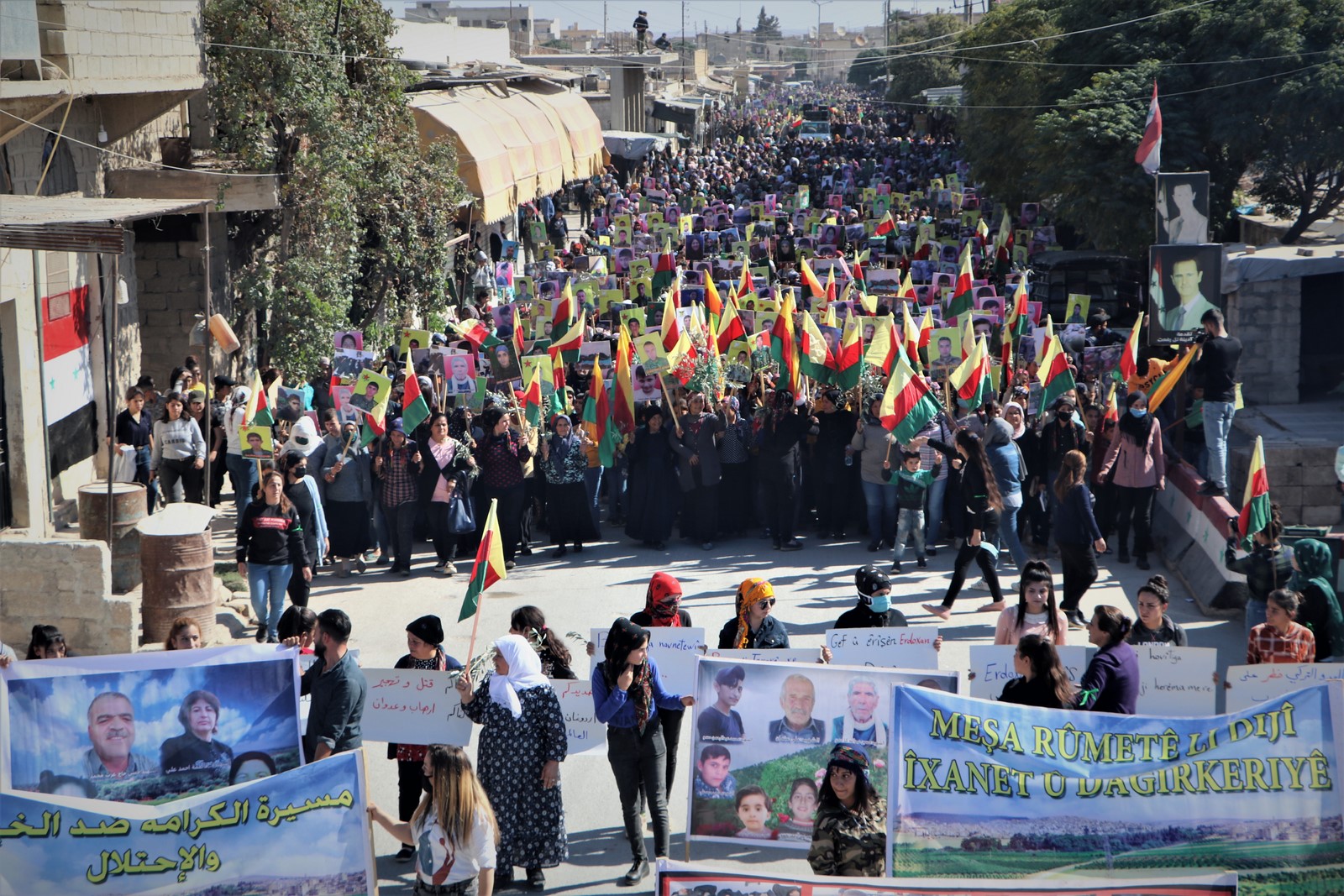 Civilians in the northern Syrian town of Tell Rifaat have organized a number of protests in response to reports of a near Turkish-led attack on the town and its surroundings.

Tell Rifaat, which is located right to the south of the Turkish-occupied area of Afrin, is held by Kurdish forces, namely the People’s Protection Units (YPG). However, the Syrian Arab Army (SAA) maintains a strong presence inside and around the town. Several units of the Russian Military Police are also deployed in the town.

On October 22, hundreds of government supporters organized a protest in Tell Rifaat to express their rejection of any Turkish attack on the town.

The day after, thousands of YPG supporters held a similar protest in Tell Rifaat. Many of those who took part in the protest were displaced from Afrin to the town by the Turkish military and its proxies in 2018.

According to a recent report by Reuters, the Turkish military and intelligence are preparing to take military action against Kurdish forces in Tell Rifaat and other areas in the northern Aleppo countryside, allegedly to stop attacks on Turkish troops.

Earlier this month, several Turkish service members were killed in the northern countryside of Aleppo in attacks carried out by Kurdish forces.

Any Turkish-led attack on Tell Rifaat will likely be met with resistance from the YPG and the SAA. The army deployed large reinforcements, including heavy weapons, around the town in the last few weeks. The Russian Aerospace Forces may also help defend the town by targeting Turkish-backed Syrian militants.

Even though I disagree with them ideologically, maybe we should protect them because Turkey will create many problems in the region. This is not Cold War anymore.

Traitors? Because fighting to defend tgeyr Homeland? You (second person of “it”) have no human feelings, you cannot understand, BEASTLY UNHUMAN GENOCIDALS. Hope SAA and YPG send you back in Anatolia pats forward as kebap and then arm and huphold PKK like you (plural of “IT”) did with your jihadi terrorists / chihuahuas. Difference: PKK will free their Land, you and the mercenaries are only terrorist destroyers full of hate.

nice english again, roach. you learned it on a haber or what? akit tv? yeni safak?

thanks to your m”””m. I learnt everything from H..