Since both parties are facing similar terrorist threats, they may sign a official peace deal on northern Aleppo in near future. 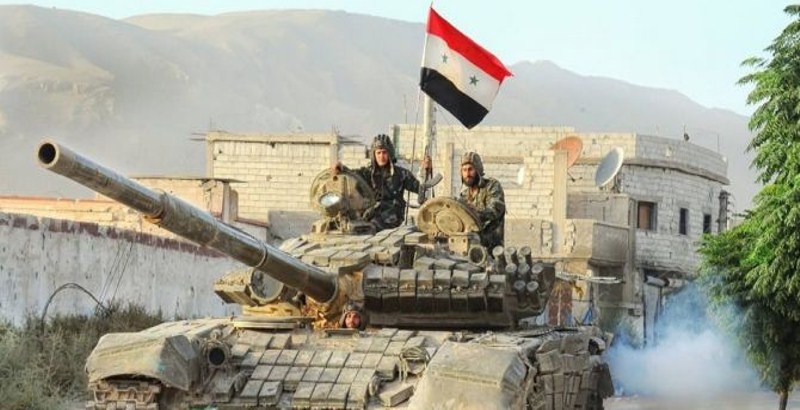 The Syrian Arab Army with the help of Russian Aerospace Defense Forces and supported by Hezbollah and other Shiite militia groups have liberated Kiffeen village in northern Aleppo from terrorists. On the other battlefield, Kurdish troops of the YPG and Syrian Democratic Forces (SDF) liberated a strategic town named Deir Jamal.

A battlefield reporter said that the Kurdish fighters and Syrian troops had set up a joint checkpoint near Kiffeen to avoid friendly fire. Terrorists lost tens of villages in northern Aleppo for last few weeks. Their main supply line to Aleppo city severed by advancing government troops.

A commander from the Syrian Democratic Forces told the battlefield reporter that terrorists had initiated a coalition called ‘Jaish al-Halab’, which consists of Harakat Ahrar Al-Sham, the Free Syrian Army, Jabhat Al-Shamiyah, Jaysh Al-Islam, and Jaysh Al-Mujahiddeen to combat the YPG and the Syrian Arab Army.

Recently, an YPG commander said  that Kurdish forces would launch a large-scale offensive in northern Aleppo to connect Afrin with Kobane and Hasakah.

The Syrian government troops and Kurdish forces are not bound by any official treaty on Aleppo battle, though both forces are fighting fiercely together against terrorists.

The battlefield reporter also said that in northern Aleppo, the Syrian Armed Forces and their allies are now attacking Kafr Naya from two different sides to enter terrorist stronghold of Ahras.

It was reported in several media outlets few days ago that terrorists mobilized a large force to set back the Syrian Armed Forces and their allies, but in reality terrorist could not halt the government’s advance in northern Aleppo.