At least 60 people were wounded on Friday after police had used flashbangs for dispersal of demonstrators around Yerevan’s police station that was seized by an armed group earlier in this month. 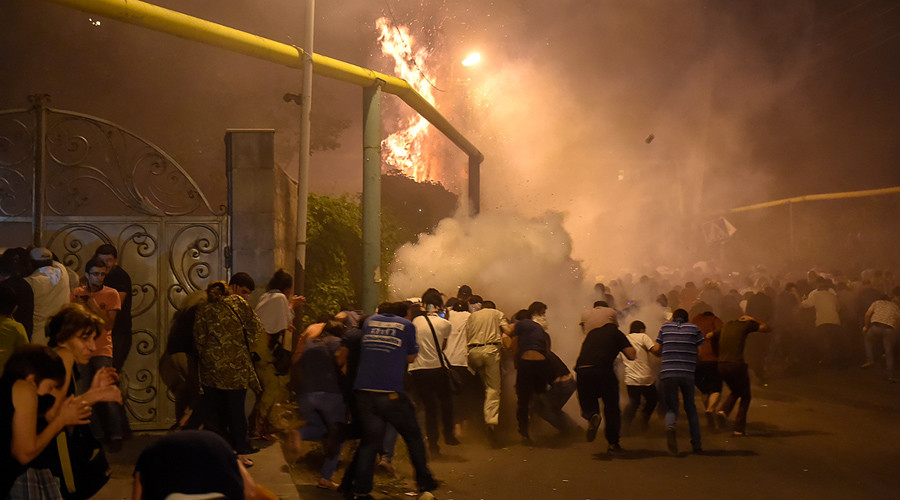 At least 60 people were wounded on Friday, after police had used flashbangs for dispersal of demonstrators around Yerevan’s police station that was seized by an armed group earlier in this month, RT reported on Saturday. Protesters came out to support the anti-government gunmen. Dozens were reportedly detained.

Before being forcibly pushed back, demonstrators broke through an area cordoned off by police. Footages from the scenes of the Friday’s violence shows a large crowd of protesters running away from the police, while loud bangs are heard and a blaze is seen in the background.

Police officers shot flashbangs, which created a thick smoke that forced protesters to cover their faces. Moreover, as local media reported, one of the houses nearby caught fire from one of the flashbangs.

According to some journalists, several people received flesh burns after being hit with police flashbangs. There also were reports described a group of people wearing civilian clothes beating up several reporters who were covering the demonstrations.

A protester in #Yerevan bearing on her body the signs of violent crackdown by police #Erebuni
? by @nazikarmenakyan pic.twitter.com/l6GNavX9Ja

“Sixty people were hospitalized as a result of the police dispersion of demonstrations held around the territory of the patrol police building captured by an armed group in Yerevan,” the spokesperson for the Ministry of Health, Anahit Aytayan, told Sputnik.

The police station in the Erebuni district of Yerevan was brought under control of the armed group on July 17. The gunmen took several police officers hostage and killed one of them in the process. The group demands to release Armenian opposition figure Jirair Sefilyan, accused of the illegal acquisition and possession of arms.

Negotiations have been holding ever since. All of the hostages have been released, but the armed men then captured ambulance doctors who had come to the police station to provide medical care to the wounded. 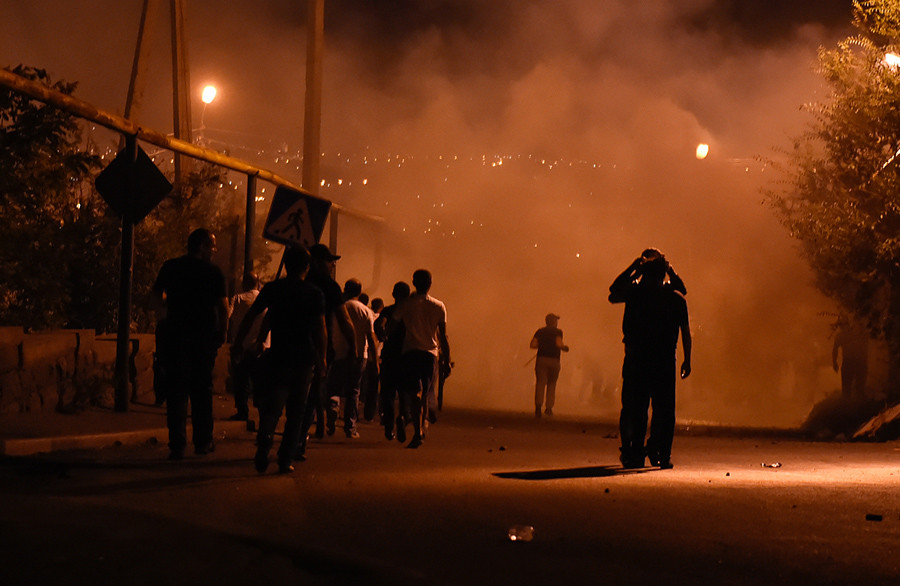 These people were aiding the criminal takeover of a police station. Name me one country that’s allowed.

The police needs to open fire on them as well, shoot to kill as many of them as possible.

They are criminals themselves. They support people who demand a maiden in Armenia similar to that in Ukraine. Screw them entirely.

“Protesters came out to support the anti-government gunmen.”

Then they are the enemy as well, they should be shot. Preferable with flechette munitions.