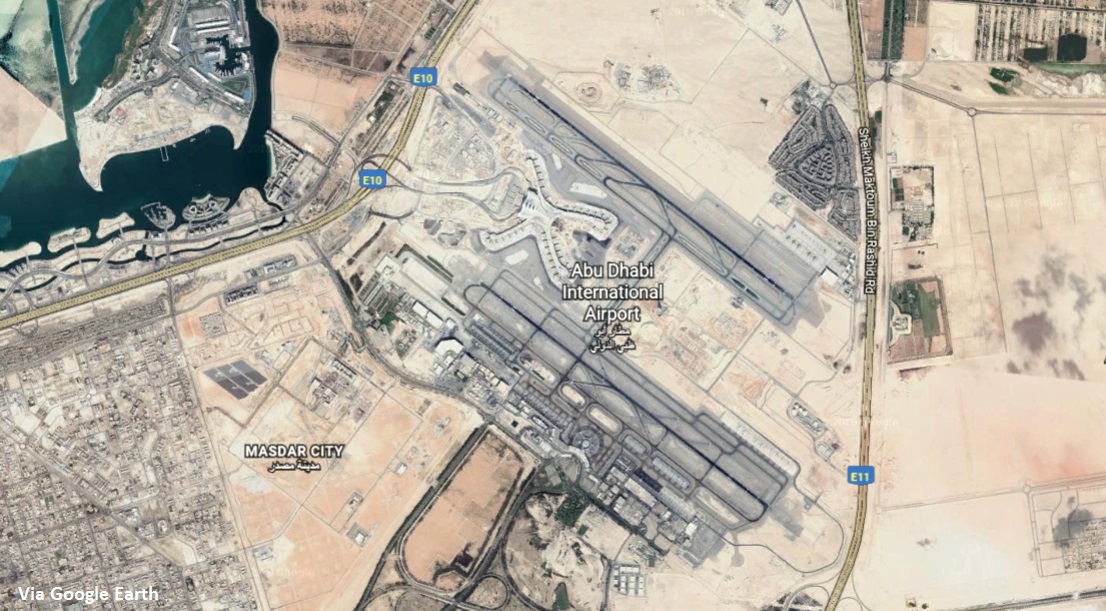 On July 26, the Yemeni Air Force [loyal to the Houthis] announced in an official statement that it had tested a new armed unmanned aerial vehicle (UAV) named “Samad-3”. According to the statement, the international airport of Abu Dhabi, the capital of the UAE, was successfully bombed with the new UAV during the test.

Minutes after the Yemeni Air Force statement, the official twitter account of the Abu Dhabi international airport announced that an incident involving a supply vehicle occurred in “Terminal 1.” The airport administration stressed that the incident has not affected the airport’s operations.

“Abu Dhabi Airports will continue to monitor the situation with the concerned authorities and further updates will be made available in due course,” the administration of the Abu Dhabi airport said in a tweet.

Last week, the Yemeni Air Force used a similar UAV named “Samad-2” to target a refinery of the Saudi Aramco oil company in the Saudi capital of Riyadh. The new UAV, Samad-3, is likely an upgraded version of the one used to attack the Riyadh Refinery.

The July 26 incident was the first successful attack by the Houthis on UAE territory since the outbreak of the Yemeni war in 2015. Last year, the Yemeni group attempted to targeted the Barakah nuclear power plant in Abu Dhabi with a cruise missile. However, the missile suffered from a technical failure and landed in northern Yemen.

The attack will likely have a huge economical impact on the UAE, as shipping and transportation is a big sector of the country’s market. The Abu Dhabi airport itself is considered a main transportation hub in the Middle East and Western Asia.

lol…..and they wont even shut down airport??? lol……the houthis are still to “good minded”….next time aim for intl. commercial planes…how dare any eu or usa countries speak out then when they continue to ARM and provide logistical and information support for the illegal invasion of jemen which has now turned to wide open genocide on a massive scale using FOOD as a weapon. Get dirty…..ask Gen. soleimani……he knows the game ask hezbollah they know the game ask assad he knows the game now too……

Yes, but Potcracker, look at the distance, but then add the accuracy:

It flew over KSA without being shot down ?

I agree . It is already a war to the death so Houthis should target water and electricity of UAE and Wahhabi Arabia.

You’re right. The direct distance as crow flies between northern Sa’ada and Abu-Dhabi is something about 1,300km, mostly flat desert (Sa’ada to Riyadh is about 850km). If the drone took off from Sa’ada it probably flew ground skimming for 10 hours. I’m waiting for Nikki Haley to show us a few metal scraps and say it came from Siri island or something, and Nikki never lies!

Most of the UAVs used by Yemeni army before this had a range of about 100-150km. It’s a huge leap, not only in flight endurance, but the range of two-way communication with the drones, specially if we remember that Saudis said about 10 days ago that they destroyed the Houthi comm network and we know that Saudis too never lie!!

Satallite or pre programed GPS. Would be amazing if yhey got the drone back. MAYBE, they have learned how to add external dispodible fuel pods to the Drones like fighter jets use.

If flyimg low, hard for radar to see.

You can call me Al
Reply to  georgeking

But the distance isn’t far, but !!!. Whilst I agree with you, remember the KSA has all the sophisticated Yanker shit.

Forme, it is showing serious limitations (maybe due to the low IQ) of the baddies.

But yes, hail the Houthis.

No way this is the most stupid thing anyone could do, it would allow the Saudis etc top declare them international terrorists allowing the entire world to combine against them.

Not entire world….just the corrupt “International Community” which amounts to about 30-40 nations….mostly belonging to EU or NATO

No, the attack won’t have any economical impact on the UAE. However, it is obvious that Houthis will be able to produce even more advanced missiles and UAVs and a security situation in Gulf States will become much worse.

These kind of attacks, especaially with ballistic missiles can cripple the civilian airline carriers to Abu Dhabi, Saud Arabia etc. Insurance will skyrocket, and its just bad for business.

I be very surprised, if russia directly gets involve, beside the humanitarian part.

They are asking for Russia to assist in mediating a diplomatic solution to the conflict. This is a feeler I think to alert the Russians of Houthi openness to Russian led mediation. Pressure on the coalition is growing to find a diplomatic way out of the mess although the Saudis and the UAE seem to have dug in their heels on this – at least for now.

The Coalition is still clinging to forcing the Houthis to capitulate due to extreme deprivation – although cannot get that much worse. Coalition targeting water supply infrastructure and wells for example. Yet the Houthis are in the drivers seat as they are sustaining a counter-offensive against the Coalition that is leading to mounting problems.

Note that the false flag on the oil tanker will not move the US to reverse course, which is to distance itself from the Yemen fight. Note also that coalition forces are facing issues of unit cohesion due to desertion and insubordination problems. This is particularly a problem with mercenary units that are also going rogue – mercenaries abducted and raped women from neutral tribes. In response, at least four tribes ended their neutrality and declared their intention to provide fighters to fight the Coalition.

So who blinks first? Not the Houthis.

The war-indebted and bankrupted U.S. has picked fights with just about everyone on the planet except Israel, while China has made it clear to the UAE and like-minded countries that, unless they stop their fighting, the new silk road will see them by-passed. Hence their approach to Russia for mediation.

Give them heel and the some more. Good work. Take the fight in their homes to see how it feels like.

I want the Houth’s to make coalition countries life very had even in their own countries, spoil their economy, isolate them from the out side world using terrorism, make it had even to walk in their towns ,then they will learn a lesson.

I always thought that Huties are just a group of guerilla. It seems that they have good short range balistic misiles. How is it positive that Saudis haven’t intercepted this missile? Go on Houties just continue your fight.

That’s a mistake a lot of people make under sheer amount of propaganda. Saudi and western MSM propaganda machine pretends that only Houthis are fighting the US-Saudi-Emirati coalition of terror. As Ms. Shakdam said, Houthis are but one single tribe living in a part of one province of Yemen, how is it possible that one tribe cripples the war machine of dozens of countries?

The coalition of terror is fighting Yemen, not one tribe. The Yemeni army is resisting them with help from numerous tribes, including Houthis, but Ansar-Allah movement (most of the leadership are Houthis) assumed the government duties in the absence of a functioning government, after Hadi resigned and fled to Saudi Arabia. Yemeni army proved to be effective and worthing its salt and in fact is better than all Arab armies with the exception of the battle-hardened SAA.

Hopefully Yemen can continue to return the War fronts to the invading nations, causing them a bit of Blood, Psin, and highcost Karma.

IS THERE SOMETHING ELSE THAN DISQUS? THEY ARE CENSORSHIPPING ME!!! FOR A NORMAL ZERO HEDGE ARTICLE

THERE WAS NOT A DAMN THING RACIST ABOUT THIS WHITE HELMETS ARTICLE DISQUS-TRAITORS!!! FILTHY WESTERN LAPDOGS

There you Go Filthy Goebbels-Loving-Disqus..

Not surprised, having had disqus related FOE issues myself… the zionist octopus is getting nervous.

Censorship – take it as a compliment that your words are effective, a lot of that going around at the moment.

You must have mentioned the “Jews”. They have become a protected species across the internet…..whereas every other race, ethnicities, nationalities, religions, political persuasions are game for targetting.

Just a DESPERATE & PATHETIC attempt to save their Face….the More they do these things… the more it should Backfire… Censor me and I know something contains TRUTH and a Reason to Copy, Paste it a thousand times….

That is a massive massive airport, been through it many times. Yes if they start messing with the basic economics of the UAE its in for big trouble, have to be careful though with international airports if they hit international travelers they risk bringing additional nations in to support the Saudi coalition. Airport infrastructure fuel depots etc would be fair game and provide for huge amounts of disruption.

Seems like white phosphorus would be the weapon to use on flammable airplanes and fuel storage places.

When you massacre a country’s people and destroy their ability to survive like the Orc Coalition has done to Yemen, the Yemenis might just shoot back. One blasted open nuclear plant can spoil your whole day. Just ask the residents near Chernobyl and Fukushima!