Forces of Yemen’s Houthis have seized a ‘suspected ship’ off the western coasts of the country in the Red Sea, Mohammed Ali al-Houthi, the Chairman of the Supreme Revolutionary Committee of Yemen, said.

According to him, Houthi forces will release it once it proves to belong to South Korea after completing legal procedures, a top Houthi official says.

“Yemeni coast guards… are checking to see whether (the ship) belongs to the countries of aggression or to South Korea, in which case it will be released after completing legal procedures. The crews are being well treated,” he said.

Earlier, the Saudi-led coalition announced that the Houthis had captured a ship that had been towing a South Korean drilling rig. The incident allegedly took place on November 17.

Crews released a few hours ago after Houthis verified details, ships leave in a few hours. From KBS World Radio:

“The Foreign Ministry said 16 people on three vessels seized by the insurgent group earlier this week, including the two Koreans, were all released around 12:40 a.m. Wednesday.

The ministry said that the crew members and the vessels will depart Yemen at noon Wednesday and are scheduled to reach Saudi Arabia’s Jizan port after two days.

The vessels were captured by Houthi rebels in waters off Yemen at around 3:50 a.m. Monday while en route to Somalia from Saudi Arabia.

The South Korean firm Woongjin Development owns two of the vessels that were seized — a tugboat and a drilling rig — while the third vessel, another tugboat, is of Saudi Arabian ownership.”

Houthis say the ships/rig crossed into Yemeni waters for some reason. Strange that they would return to Jizan today rather than continue to their original destination in Somalia. The drilling rig may actually have been a dredge for coastal construction – that’s one of Woongjin’s businesses.

I wonder if the Saudi bastards were trying to build something on the big Hanish Island. They took it over from the Houthis in 2015 (stole it), but the islands are part of Yemen and inside Yemen territorial waters. Shipping lanes go around the islands. No idea if related, but sort of odd for Houthis to pick on a tug/dredge or for it to have wandered into Yemeni waters. 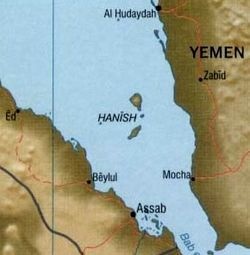 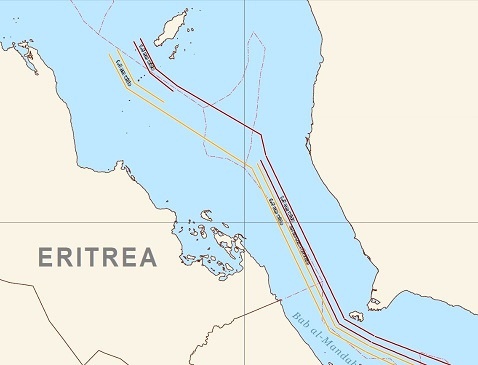