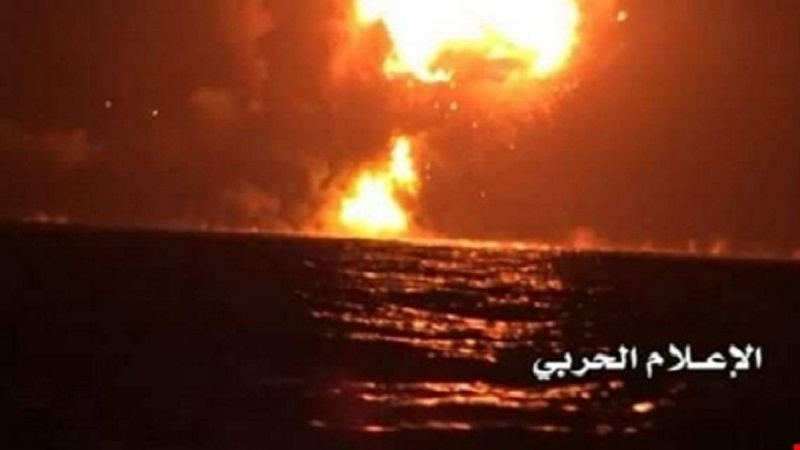 The Yemeni Navy hit a warship belonging to the Saudi-led coalition off the coast of the Yemeni port city of Mocha last night, the pro-Houthi al-Masirah television network reported.

According to the report, the warship was there to carry “hostile acts” in the territorial waters of Yemen. This is why it became a target for the attack.

If the report is confirmed, the warship is the eleventh vessel hit by Yemeni forces since the start of an escalation in the country.

Great! No more than they deserve!

I admire my Yemeni friends for great action. Kill all those bloody corrupt saudi rats. Send saudi to Hell.

The Saudis are already in hell and trying to spread hell to others. More like, keep the Saudis in hell.

Bottoms up and cheers to the Yemeni.

Hope there were some zionists or british or american terrorists on board….Destroy the axis of Terror and its degenerate supporters.

Flip flop warriors do it again!

The Saudis acting like Butt Pirates again and ending up receiving the shaft again by the Yemeni .

This news has made my day !

They should just rename the Red Sea to “Iron Bottom Sea” because the Saudi’s have lost a number of ships there besides the ones that are “officially” counted.

ike a little bit of sunshine on a rainy day, such small pleasures are very important

“Hmmm… Those terrible terrible yemeni fighters are so evil. This is getting out of hand. I better go find someone less dangerous…. How about I challenge that shorty guy – Putin, that everyone is talking about. He doesn’t look as mean as those sandal wearing yemeni. I would probably win in about 3 days or so…” (c) Crown Prince of Saudi Arabia Mohammad bin Salman Al Saud

The US MIC must be happy as they get to sell another ship.

OH NO ! Not another one ! HAHAHAHA

This must have set fire to a lot of White Skirts on board.

Please, please video of this. In full HD.