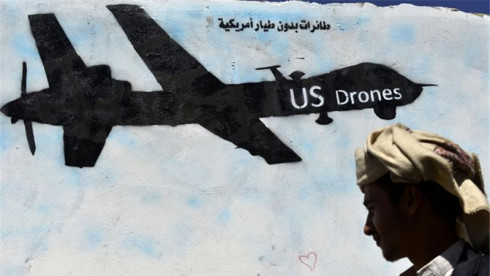 According to Yemeni tribal officials on Thursday a Yemeni Al-Qaeda leader Jalal Baliedy was killed in a drone strike overnight in the southern province of Abian. Three other people were also killed in the strike

Jalal Baliedy was a head of Al-Qaeda cell in Abian province and had led several attacks, including the beheading of Yemeni soldiers.

Meanwhile, six other Al-Qaeda field commanders have also been killed in a separate attacks carried out with U.S. drone bomber in the province of Shabwa in Eastern Yemen, Al-Arabiya News channel has reported.

Al-Qaeda’s Yemen branch is considered to be the most dangerous offshoot of the network. Although, the United States is the only country known to send armed drones to Yemen and it has conducted air strikes on Al-Qaeda extremists along with months of fighting between pro-government Yemeni forces and Iran-backed Houthi rebels who had taken control of the capital Sanaa. The Saudi-led coalition that has been supporting pro-government forces and their allies has not targeted the terrorists so far.