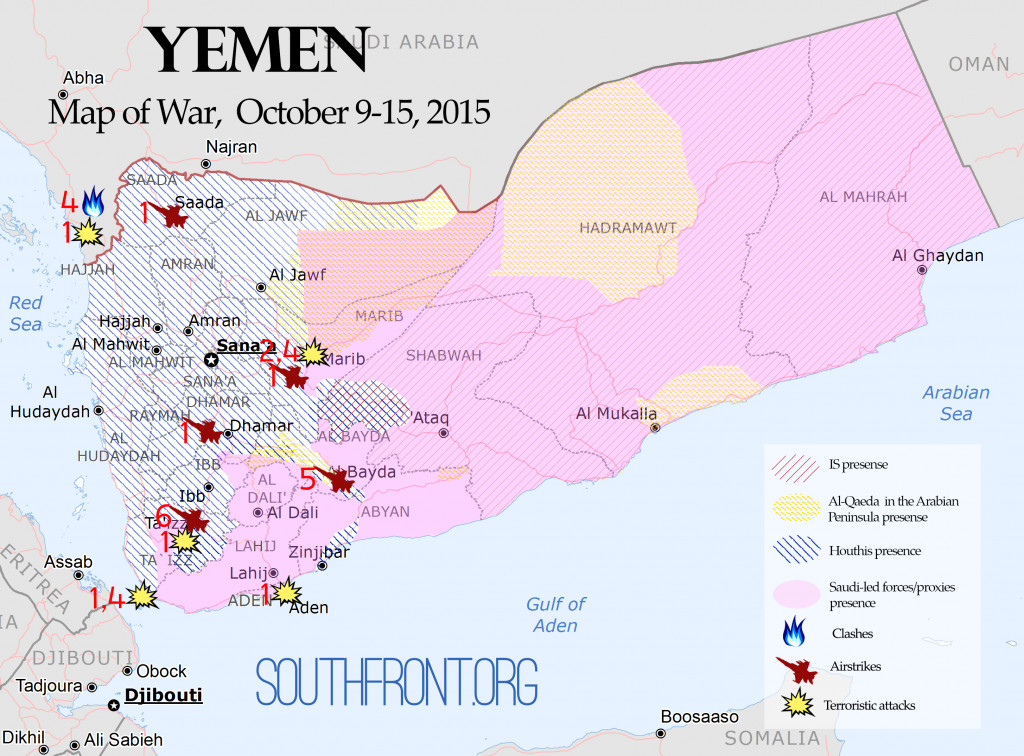 Saudi coalition airstrikes continue in the northeastern provinces of Yemen. After losing two Navy vessels, others have sailed to a safer distance. The Houthi alliance is holding its ground and the Saudi coalition is throwing everything they have against Taiz in desperation to break through to Sana’a.

The Houthi alliance has also promised that they will soon start using weapons not yet seen in this conflict. It seems that the extraction of Saudi coalition forces under fire (if it comes to that) maybe even more disastrous than their attempts to penetrate to Sana’a despite the fact that their entry into Yemen seemed relatively easy. Is it time to negotiate?

No significant tactical progress has been made against the Houthi alliance during the past week. Historical Houthi settlements, in the mountainous terrain, seem beyond the reach of Saudi coalition forces as casualties climb. The destruction of infrastructure and killing of civilians continues unabated with little territorial gains to show for it. The Houthi leadership is calling on Houthis in Yemen and in Saudi Arabia’s southeastern provinces to join the struggle against the ‘invasion’.