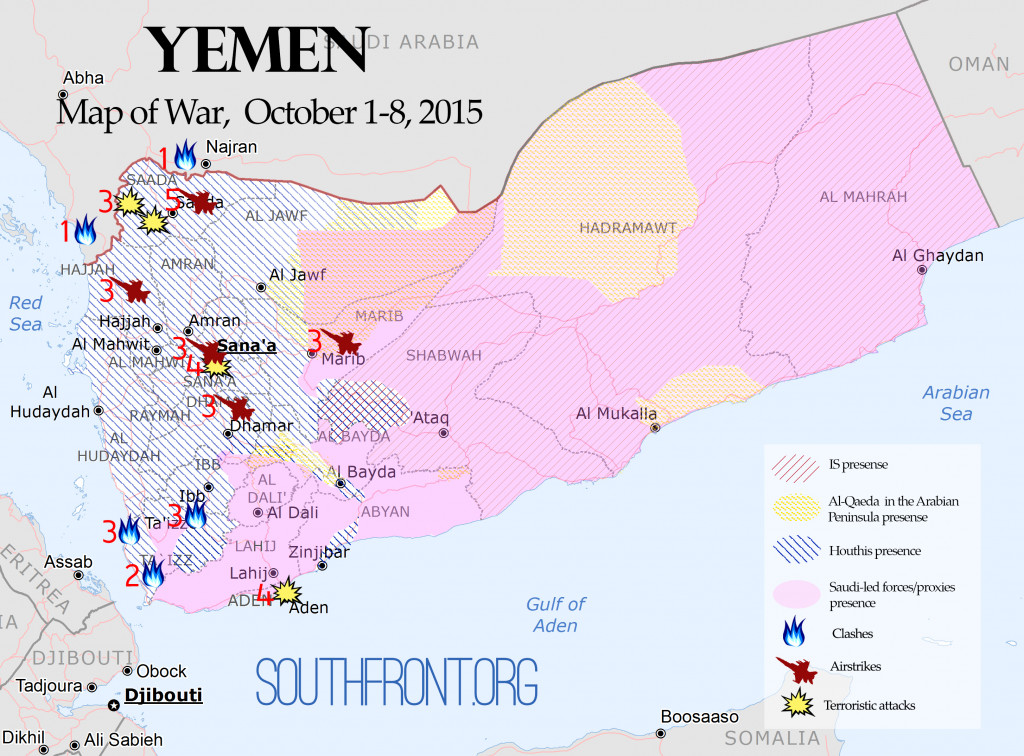 Airstrikes by the Saudi coalition against the Houthi alliance have increased in intensity and mindlessness during the past week as little progress is being made towards the Houthi ‘capital Sana’a. It is not only tactical frustration as the cause, but also strategic desperation that is setting the pace.

The Saudi coalition has made little tactical progress against the Houthi alliance in the past week as the fighting moves to the mountainous areas of historical Houthi settlements with ambush opportunities everywhere. The Saudi coalition is proceeding with the destruction of infrastructure and killing of civilians as their training and desperation dictates. “If we can’t have it, we will leave it in ruins!”

No doubt, this war will end in some negotiations and the probable break-away of the historic South Yemen. The only ‘unknown’ at this time is whether the Houthi alliance will manage to wrestle some of historical Houthi provinces away from Saudi Arabia in the South West.