Yemeni scholars held a forum on the issue of resistance and called on the Yemeni nation to unite against Saudi Arabia. They also condemned the international silence over the ongoing Saudi atrocities.

Belgian Foreign Minister Didier Reynders, on an official visit to Iran, said that there is no military solution to the conflict in Yemen and urged political dialog to end the fighting there. He said the goal is to bring about a ceasefire and get all political actors in the country to the negotiating table. The Saudi aggression has reportedly claimed the lives of more than 7,100 people and injured nearly 14,000 others. The strikes have also taken a heavy toll on the impoverished country’s facilities and infrastructure, destroying many hospitals, schools, and factories. Human rights groups and international organizations have voiced deep concern over the rising number of civilian casualties in Yemen, calling for an end to the conflict.

The Saudi blockade has hampered aid shipments to the country, which imports 90 percent of its food all of Yemen’s ambulances have stopped working over the lack of fuel. Yemeni health officials have called on humanitarian organizations to help save the lives of millions of people who do not have access to health and medical services in the country.

The ICRC delegation in Yemen said that the neutrality of healthcare facilities and staff is not being respected as health facilities are deliberately attacked and surgical and medical supplies are also being blocked from reaching hospitals in areas under siege. 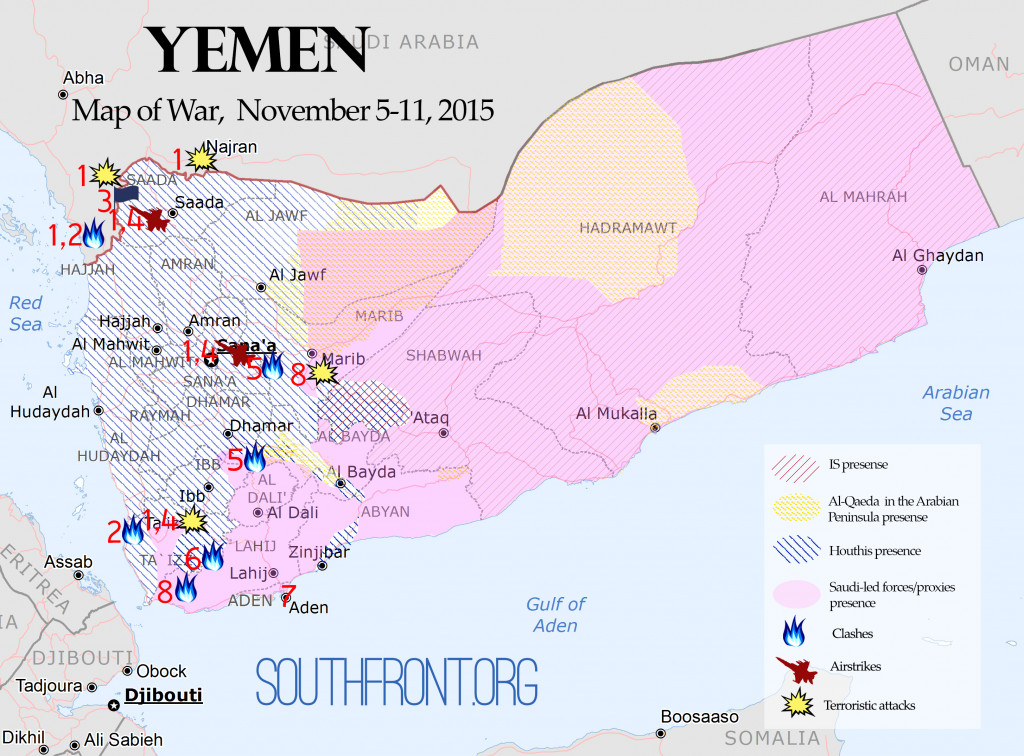 The past week has seen massive gains by the Houthi alliance in southwestern areas of Saudi Arabia and recovery of many of the districts lost in the south of Yemen, northeast of Aden. What will the Saudi coalition priority be: recover one of their cities in the Kingdom now occupied by the Houthi alliance or try to hold Aden against a determined attack?

The Saudi coalition had suffered severe losses in territory, personnel and equipment in the past week. Their supply lines by road via Rabuah (now occupied by the Houthi alliance) and by sea via Aden (after the sinking of a fourth warship) have been interrupted.