Photos below show the WW2-era military equipment used during the ongoing Syrian and Yemeni wars.

Yemen: The SU-100 is a Soviet tank destroyer with a 100 mm anti-tank gun. A tank destroyer is a type of armoured fighting vehicle developed to combat battle tanks and other heavy military equipment. Syria: The Sturmgeschütz IV is a German assault gun variant of the Panzer IV (a German medium tank). An assault gun is a gun or howitzer mounted on a motor vehicle or armoured chassis. It’s intended to play a fire support role for advancing infantry. Two first pictures are in Yemen

Big thank you for the feedback.

the first two photos are from yemen

Big thank you for the feedback.

The German tank in the bottom picture is a StuG III Ausf. G on Panzer III chassis, not StuG IV. Note the way the driver’s cabin is set-up as well as the slope of the nose plates. The StuG IV does not have this.

The “Saukopf” doesn`t seem to be in running condition. Spareparts from Maybach HL120 are run out long time ago.

It may be running around with a big CAT or Detroit Diesel in back since parts for those will be available until the end of the world.

Hey, if it works, don’t fix it till it’s broken…

If those old tanks killed Nazi’s, they can kill ISIS.

Of course last pix is my favorite! STuG IV on PZ IV chassis. But how did it get to this theater?
Egypt and Syria used many T34-85 and SU-100 in 1956,1967 and 1973 Arab Israeli wars.
Needless to say most did not survive. One of tanks fielded by Israel was the Super Sherman with 105mm gun.

There are two ways how the StuGIV reached Syria. 1st.: Sold by the Soviets in the 50ies from looted german equipment.
2nd.: Sold by the Spanish Government . Spain purchased from Germany during the war a lot of military hardware. (PzIV , StugIV , Bf109G) I know it because there is one StugIV in running condition remaining in Spain from that batch. Syria and Spain had always very close ties. I saw in a collection of paperwork at a friend of mine the spanish user-manual and sparepartslist (1944) for the PzIV , the big one from factory. I think this StuGIV is a part from the former spanish Ejercito de tierra.

As above, It’s a StuG III Ausf. G., not a StuG IV. You can tell by the driver’s position. Regardless, all the beauties belong in a museum.

There’s more pics of the knocked out PZ IV’s dug in on the Golan Heights on a few Jewish websites. Those sites state that the tanks were obtained from Spain then set overlooking Israel after their motors crapped out. I believe their sole use was to take pot shots at farm tractors working the fields below.
I’m not surprised to see the STuG III still in use. The Germans considered the PZ III to be their best tank because it was very reliable and easy to maintain like a Sherman. Soviet tankers who had their T-34’s replaced with Shermans really liked them since the T-34’s were prone to have major mechanical breakdowns at any moment and lacked a handy escape hatch in the floor of the hull.

Thanks for the info.
Syria also used some (immobile or worn out?) T-34’s dug in like this in 1973 battle west of Kuneitra. Used like anti tank guns to support their 7th ID. Let nothing go to waste I guess.

Missiles have made tanks obsolete.

An actual StuGIV? Someone tell that WWII armsdealer from that Discovery Channel show. This surely tops his puny Hetzer he was showing off.

It’s a StuG III G, note the way the driver’s position is configured. The StuG IV has a lengthened “driver’s cabin” with periscope ports.

I don’t watch that channel, but most of todays Hetzers are actually G13s with muzzle brake removed, so he’s probably showing off one of those. ;)

Sadly many others will as well. Its probably worth a million $ at least with its original engine etc.

Does the soldier look to be SAA or SDF ? 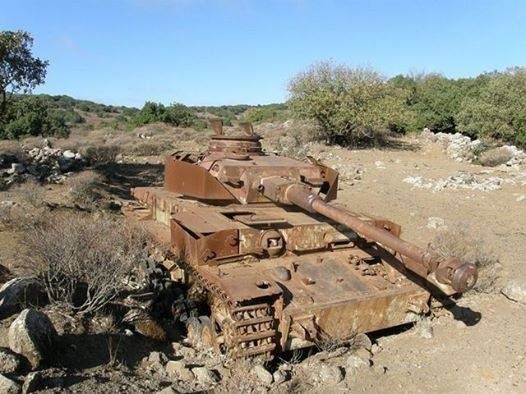 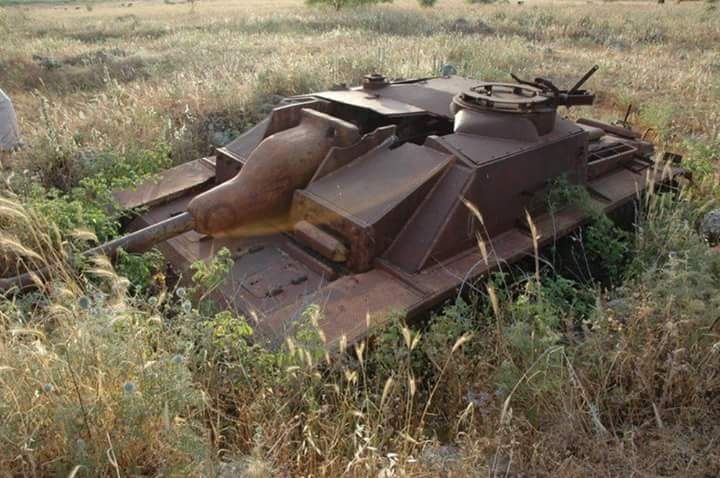 It’s not StuG IV but StuG III, like the one on the picture:

First two pix taken in Yemen? When? Not much of Yemen looks like that any more.