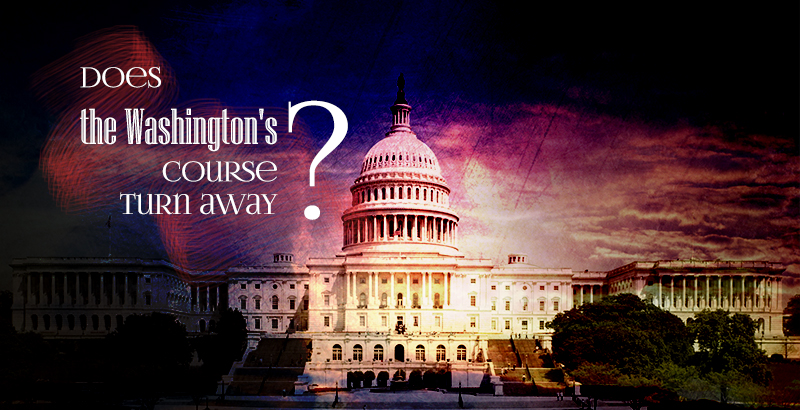 A hardliner resigned from the Pentagon after her aggressive plans against Russia had been overturned. Does this mean that Washington is slowly leaving the anti-Russian path? It might be a possibility, but only if the US-Department of State dials down their efforts as well.

It is especially the effectiveness of Russia’s approach to fight ISIS in Syria that is earning the respect of the military strategists in the Pentagon. In addition, it should be clear, at least to the realists, that the US military is currently overstretched and is unable to sustain its current stance in the long-term due to the sheer costs of its policies, especially now that Russia and China are cooperating in this regard in order to provide a counterweight to Washington.

Evelyn Farkas, the Pentagons top-expert on Russia who resigned last week accused the Obama administration of not acting vigorously against Russia. “We need to give our highest attention to every country that feels directly threatened by Russia”, said Farkas to journalists, who worked in the service of three defense secretaries during the last five years. She played a crucial role in the decision to provide military aid to Ukraine worth $244 million.
According to her views, Putin is trying to make Russia an international counterweight to the US. She also believes that Ukraine and Syria are not the last of his military adventures. However, she did not mention that it was in fact the US and certain US-NGOs that organized the ousting of the legitimate government of Ukraine thus provoking a civil war in the Donbas. She also left out that the conflict in Syria might have never been started if the US hadn’t interfered in the inner conflicts of countries in the Middle East.

The resignation of Farkas in the midst of this very delicate stage of the Syria conflict is hinting – even though she refutes it – at the fact that the political differences between her and the Pentagon were simply to grave and that an aggressive stance such as hers lies no longer in the interest of the US military strategists. The development is also a sign that the diplomatic offensive undertaken by Moscow is slowly bearing fruit, both in Syria and in Ukraine. It has yet to be shown if the Pentagon can convince the US-Department of State of such a diplomatic line.