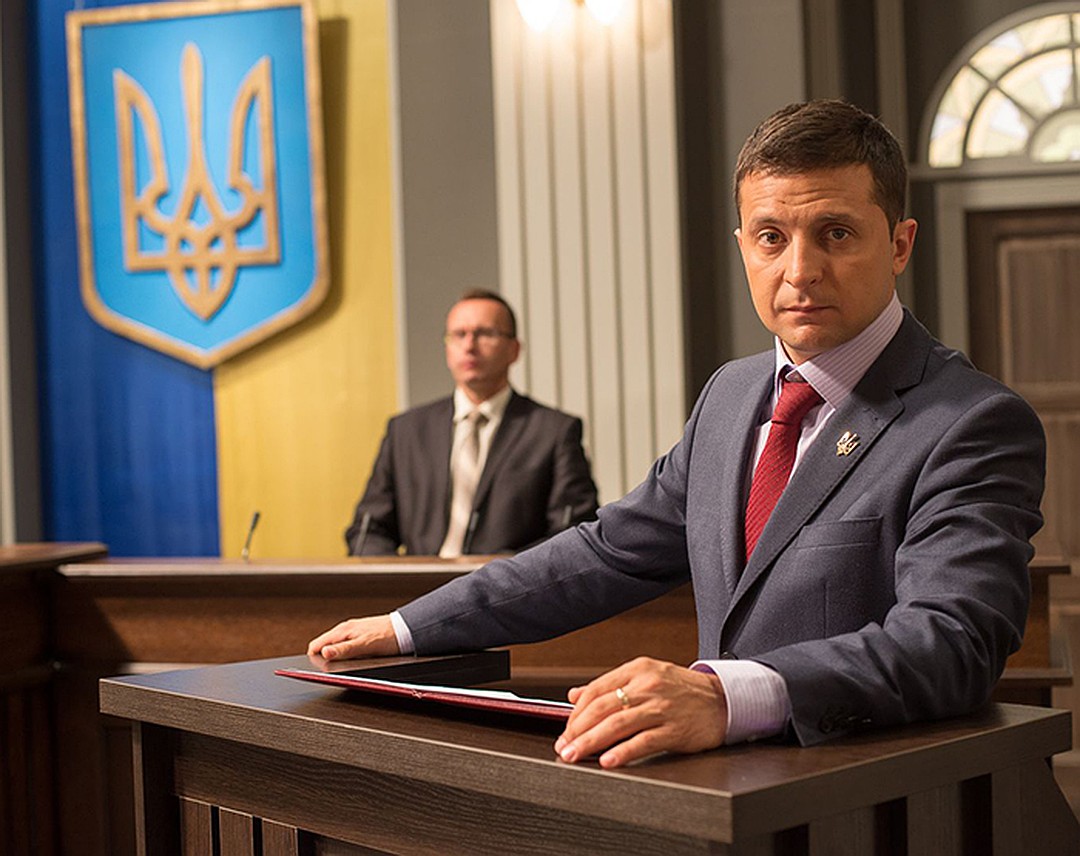 America is good at making promises but not so good at keeping them.

Written by Johanna Ross is a journalist based in Edinburgh, Scotland.

Ukraine is ‘almost a member of the EU’ and ‘almost a member of NATO’ President Zelensky proudly declared of late.  The word ‘almost’ is pertinent here, because seven years after the Maidan revolution, Ukraine is still a substandard democracy, and far from reaching the basic democratic standards required for entry to either of these blocs.

Indeed Ukraine is ‘almost’ in so many senses of the word. The President himself ‘almost’ speaks Ukrainian (Russian is his native tongue). Ukraine is ‘almost’ a reliable geopolitical partner for Europe and the US. Most importantly, the country is ‘almost’ a democracy but sadly lacking the freedom of speech and language rights which a liberatarian state would possess.

In fact, since the 2014 Maidan revolution, the western-backed coup which saw the Yanukovych government toppled, Ukraine has fallen under a dark cloud. Far from the bright, positive European future promised by proponents of Maidan, Ukraine has been drenched in ethnic conflict as the authorities have attempted to de-Russify the country and erase any sign of Russianness.

Those opposed to the Maidan revolution of 2013 predicted this would happen. Rumours began to spread at the time that Ukrainian nationalists would threaten the rights of ethnic Russians and in particular their right to speak in their native tongue, but these fears were not acknowledged by the West, and went unreported in the western media. Instead, reports of neo-Nazis in Ukraine and extreme nationalism were dismissed as Russian propaganda. But facts cannot be ignored and the fact remains that a law was passed in 2019 to force all Ukrainian citizens to speak Ukrainian, despite a third of Ukranians stating that Russian is their native language.

This crackdown on speakers of Russian language is exactly the type of ethnocultural cleansing that provoked the people of Crimea and East Ukraine to rise up against the Ukrainian authorities, leading to the reunification of Crimea with Russia and the formation of the Donetsk and Lugansk People’s Republics. Not that this is recognised at all in the West, which has insisted and continues to insist that only Russia is to blame for the ethnic and territorial divisions which have occurred since the coup. The oldest strategy in the book – the  ‘divide and rule’ tactic – has been very effective in Ukraine, and as usual with western foreign policy interventions, it is the ordinary people of these occupied nations that suffer from the geopolitical games being directed from those seated in Washington.

And yet, despite all the grand ideas for Ukraine promised by western politicians over the years, the country continues to crumble and fall into an abyss of economic recession and social turmoil. Instead of receiving robust support from the US and EU, it has become increasingly isolated, particularly since the successful Putin-Biden summit. The military buildup in East Ukraine in May earlier this year which provoked Russia to gather its forces along the border, was a real test of just how far Washington was prepared to go to defend Ukraine: not far at all.

This change in attitude was further emphasised by the US’ changed rhetoric on Nord Stream 2, and more recently by Angela Merkel’s visit to Moscow and Kiev. Lambasted by the Ukrainian media, Angela Merkel has now become something of a bête noire for Zelensky as she, as usual, pursues Germany’s national interest with the completion of Nord Stream 2. Many in the anti-Russian commentariat have criticised Merkel’s positive meeting with Putin with some pointing out that not only did she visit Russia before Ukraine, but also has no plans to accept Kiev’s invitations to Ukrainian Independence Day celebrations or attend the Crimean Platform event which took place on Monday (a gathering aimed at reuniting Crimea with Ukraine).

If Kiev had any doubts about the nature of Washington’s commitment to Ukraine, all it has to do is look at the way it has abandoned Afghanistan in recent days. When it no longer becomes viable, the US, like any corporate giant, shuts up shop. Even after 20 years of fighting and fine words of turning Afghanistan into a flourishing democracy, when it no longer suited them, the Americans abruptly turned their back on the country and the many citizens who collaborated with them. It doesn’t bode well for Ukraine as a vassal state of the US.

Ukraine’s current position is untenable. A prosperous, optimistic, free, democratic country cannot be built on ethnic division, russophobia, fascism, and the slogan ‘death to the enemy’. The purging of pro-Russian politicians, the shutting down of opposition media, the interrogation of artists by the security services, are all signs that the country is locked in an authoritarian regime, and one which the US supports. And yet, just like that, Ukraine could also be abandoned in a flash, like Afghanistan, left buried under the pile of rubble the US helped to create. It will take time, but Ukraine’s only hope is to accept its shared cultural heritage with Russia, and recognise the rights of its Russian-speaking citizens in order to resolve the civil war. It can reject its historical ties with Russia, but a nation which denies its past has no future.

Ukraine has no future without Russia.

US officials like Victoria Nuland told the Ukrainian oligarchs they would have everything they wanted in the future, if you do what we want now, and these idiots fell for it. All sociopaths use a basic confidence trick – called future faking – to get what they want now, with no intention of ever reciprocating what they promised later.

Ukraine will never be a member of respectively UE or NATO. German central bankers that run EU monetary policy would never, ever, put themselves in position to pick up the tab for a failed state economy or the systemic corruption rife in its banking system. Likewise, Ukraine cannot afford compliance with NATO military retirements, and is far too much of an unstable risk for NATO Charter 5 agreement, as volatile and unstable politics in Ukraine could easily draw NATO into a direct conflict with Russia not at a time of its choosing. Double negative on the application sheet for these oligarch clowns.

Americans didn’t abandon Afghanistan. They were kicked out by the Taliban.

Nope. They were kicked out by their own spiraling out control debt. They cannot sustain their lavish lifestyle anymore. This is why they are running from everywhere with their tail between their legs.

The idea that the NATO murder machine has anything to do with democracy is childishly farcical. This is the first piece I’ve read at this site. It is the last , I won’t be back.