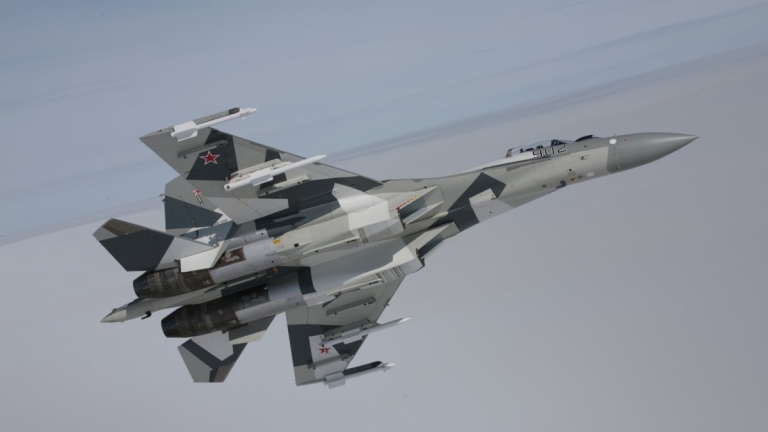 8. Turkey has other effective and less provocative measures at its disposal. They include interfering with the Syria Express, launching a heavy artillery bombardment campaign of Syria from Turkish territory, infiltrating special operations units or organizing whole battalions and brigades of “volunteers” to fight on the militants’ side, and others. Such measures would provide plausible deniability in some cases, and force Russia to attack Turkish territory in others, which means they are preferable to an overland invasion that’s not sanctioned by the UN or even NATO. Yet for some reason Turkey has failed to adopt any of these options. Even its shelling of Syrian territory was quickly stopped. In the recent Su-34 incident, there was no apparent effort to attack the Russian plane. This remarkable restraint that’s accompanying belligerent rhetoric suggests that Erdogan feels he is considerably constrained by domestic and international factors.
9. No evidence of Russian military going to a higher state of alert, which would be the natural response to suspicion that Turkish incursion is imminent.

@Kuzovkov Stoltenberg is not a ‘clinical idiot’, he is a major cokehead (I know for a fact, don’t ask), but never underestimate your opponent. His tounge did not slip. So brainstorm and come up with why he said so.

As for J.Hawk’s comments. 1. The European 777 point drop of 2008 (or was it 2007 in the US) was surpassed by far in 2015. Mario Draghi is continuing with QE and the US is also inflating its currency and both are creating housing bubbles that will burst even heavier this time. Deutche Bank has lost money since january 2014. And the Troika’s push on Greece all these years show they want the Euro to crash, for if Greece goes, Portugal and Spain goes, then Italy, Irland and the whole Euro; then the USD and biggest world market crash EVER.

2. The elites communicate through semiotics, the language of signs and symbols, and not in any language a serf decendant would understand. Above is proof both the EU and US elites want to crash their currencies (US surpassed 19.01 TRillion debt) and Erdogan’s AKP is MB affiliated and thus Kabbalist, Merovignian and Serpent Race allied. Kabbalists and Talmudists are out to fulfill the Book of Revelations which their forfathers wrote around 500A.D. and the reason of the Dark Ages genocides on Christians.

3. Through deception thou shalt make war. Contextualize it in above information.

4. You’re correct seen from a Superstructure level, but that analysis don’t count for the Spiritual level and Saudi (and GCC) elites are either Kabbalists or Talmudists and thus they give primacy to their faith – Lucifarianism – and are out to fulfill prophecy.

5. No good explanation to why Ankara does this strategic feint if not for invasion. Kuzovkov contextualizes it in Wests disagreement to negotiate due to comming invasion and this is also logical from a post WWIII perspective when the NWO will push for a One World Government under Ten World Regions due to “failiures of the nationstates to get along”.

6. You’re thinking binary, it does not have to be either or but both.

If I am not mistaken, Russia’s leaders have said that they hope they do not have to use tactical nuclear weapons in Syria but are prepared to do so if they have to. So maybe that is their plan B – not to move in enough conventional hardware and troops to counter a US/Turkey/Saudi/Israeli invasion – just a few well placed mega explosions. Perhaps, Russia can see the writing is on the wall – war is inevitable so why not make an example out of few of NATO’s lackeys – f**k with Russia, this is how it’s going to go.

The terms ‘Turkey,’ ‘Turkish,’ and the like must be substituted for the terms ‘US,’ ‘American,’ etc. I wouldn’t argue spiritual of symbolic character of the movements so in favour of the world elites yet I’m prone to fly closer to the ground. Namely, the success of the legitimate government of Syria to liberate its country would mark the end of many century Anglo-French rule over the Middle East and presumably North Africa. Today, it means last pieces will be coming into place as for American economy to collapse and collapse literally. Thus, Yankees have no choice but to play the end game. That’s why Joseph toiled such a heavy instruction book all the way down to Turkey and Stoltenberg made a statement keeping in mind NATO instead of Turkey to intimidate Russia. In a world, the chances of entering a new major clash on global scale are extremely high. In fact, it would be a miracle to avoid WW III.

Any… Never did i hear he is a cokehead, but that would not make me fall of my chair.

But what i do know is that he really really has a limited ability to think for him self and that he is a very dangerous person in his current job. He did really bad for Norway. He is among top 3 for treason, a war criminal and someone that does not represent Norwegian values at all.

It was not his talent that gave him this job, but dashing out billions to the globalists like Clinton Foundation etc and also the insane bombing of Libya.

I think he passed the test to be taken to a higher position trough pulling off the Oslo terror in 2011.

Like if you join C.R.I.B.S og Hells Angels, you might need to prove yourself with doing something really bad. And his exam was that terror thing that killed near a 100 youths from his own political party.

Stoltenberg is there to make sure we get WW3 and nothing else.