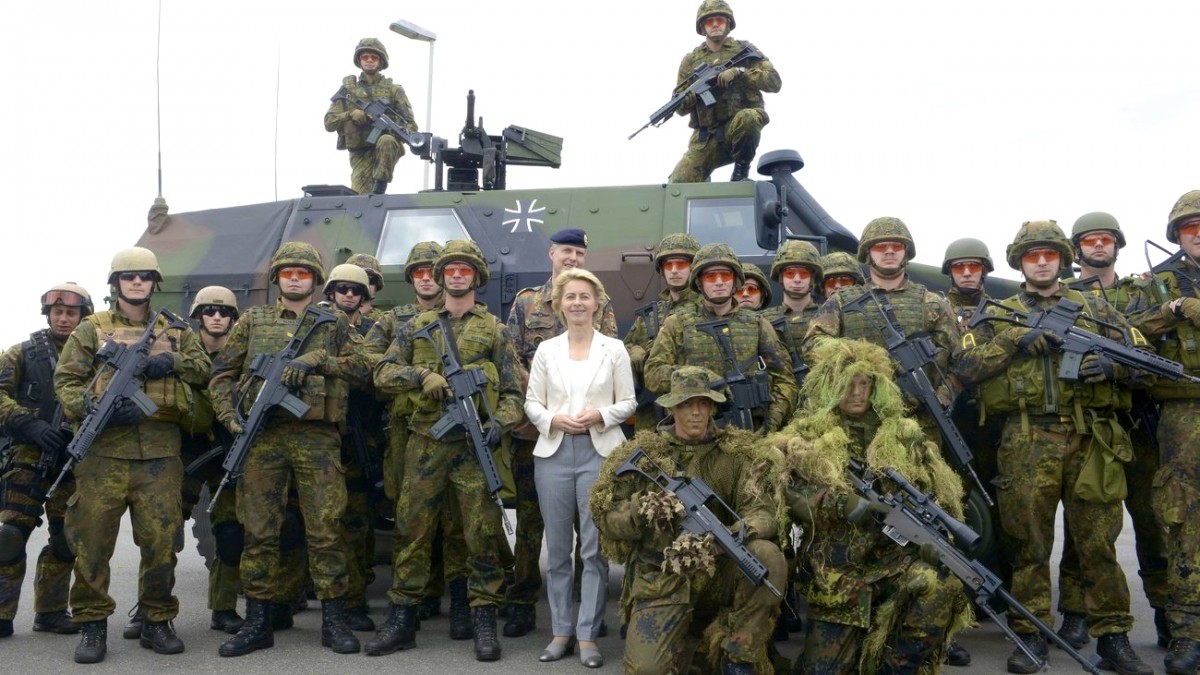 The crisis in Afghanistan is now being used as a justification for starting a process of militarization in Europe. The German government appealed to the EU so that the experience in Central Asia serves as a lesson for the bloc to implement measures to create its own military force, as a way to respond quickly and efficiently to crisis situations like the current one. The EU fears not only the advance of terrorism in Afghan territory, but also its expansion to the European continent as a consequence of the migratory flow. However, at present, the bloc’s main concern is how to operate emergency evacuations, ensuring the safety and physical integrity of European citizens abroad during events similar to the Taliban seizure of Kabul.

Indeed, European efforts to strengthen its security through a military coalition are not recent. In 2007, a system of battlegroups of 1,500 soldiers was created to initiate the bloc’s military activities. However, the project came to a standstill and troops were never mobilized for relevant training or combat activities, mainly due to bureaucratic impasses, disputes over funding and various other disagreements between EU member countries. Some years ago, French President Emmanuel Macron had also proposed the creation of a European army, but the debate was quickly forgotten.

Confidence in Washington’s competence to ensure the security of the European continent has caused the EU to abandon its military efforts and act negligently on this issue for many years. But current events have brought this issue back into the debate as the US attitude has revealed how there can be no full reliance on foreign military forces. The abrupt evacuation of the US armed forces has shown how, in emergency situations, a foreign military power will prioritize its own interests – which is why Europeans cannot fully rely on US willingness to cooperate with the EU. Currently, several European citizens remain on Afghan soil suffering from various dangers. To guarantee the safety of diplomats, businessmen and NGO workers, European countries had to sign agreements with the Taliban – which would not be necessary if there were military forces strong enough to evacuate citizens.

In this regard, the German defense minister, Annegret Kramp-Karrenbauer, made a public appeal on Thursday for the EU to form a “coalition of the willing” to act in situations in which the members of the bloc decide together on the need for intervention. These were her words: “The military capabilities in EU member countries of exist (…) The key question for the future of the European security and defense police is how we finally use our military capabilities together (…) In the EU, coalitions of the willing could act after a joint decision of all”.

It is not by chance that these words came from a German official. Berlin has recently been working deeply on building a more powerful defense force. Its disputes over interests with the US in recent years – particularly with regard to Nord Stream 2 – have made it clear that there can be no total reliance on alliances with foreign powers. However, Germany still remains extremely weak on the military issue – although it is stronger than most European states -, which is now leading the country to seek to consolidate stronger alliances at the regional level.

The proposal tends to please the governments of small European states. In the same vein, Karrenbauer’s pronouncement is extremely consistent with Macron’s quest for European “strategic autonomy”, which may lead to Paris-Berlin bilateral dialogues in the near future. Macron has repeatedly suggested increasing European military capacity in the past precisely because France is having its own “Afghanistan” in Mali and the Maghreb. The situation of the French presence in Africa is gradually more complicated and it is very likely that soon there will be a need for emergency evacuation of French citizens in several African countries. France is strong enough to handle this kind of situation alone, but obviously it would be interesting to be able to count on the support of troops from other European states, which is why a coalition sounds very strategic for Paris.

In fact, any form of improving sovereignty is positive, both for national states and for regional blocs. Europe really needs to learn to deal with situations in which the US and NATO cannot or do not want to be involved. Despite the ideological proximity, the US and the EU have several strategic disagreements that must be considered, while, on the other hand, the differences between European states are less relevant, which makes it more advantageous to invest in alliances at the regional level.

What must be avoided, however, is that this type of military force becomes a mere branch of NATO. If Europe really consolidates this project, Washington will try to use such an alliance for its own interests, allocating the coalition’s troops to NATO’s military programs aimed at confronting and provoking US geopolitical rivals. This would be the worst-case-scenario for all sides and is something to be prevented in every way possible.

Exactly, everyone should stay in their own continent. USA, Canada, Australia, New Zealand started as extensions of Europe. These diaspora European populations should stay and work toward ending immigration and having more children, in order to form future white ethnostates. If the same can happen in South Africa and Rhodesia, then so be it.

I’ll just cut to the chase. The purpose for the creation of a “European Army” is not intended for foreign threats, but for internal ones (see domestic terrorists) which will be multiplying enormously as the tyrannical EU goes ahead with its restrictive and anti-popular agenda dictated by their overlords on the Potomac. EU Army???? For what? When they’ve been allowing more invaders to reach their coasts and borders than humanly immaginable since after WW 2. The feckless EU leadership with Merkel and Von Der Lyen at the helm would be better advised to focus more on getting the hell out of Europe and holing themselve up somewhere in Antartica in the bowels of the Earth while they still have time.

NATO was justifiable when eastern Europe fell under Communist occupation, this was highly preventable. Unfortunately the West played a crucial role in making it a reality, this shouldn’t have happened and was only pursued to aid international jewry. The other explanations are a sop for the masses.

Wrong, NATO was created before the Warsaw pact, as an offensive alliance from the beginning. The defensive thing is mere hitlerian propaganda.

It was still a threat before the Warsaw Pact, look no further than Communist behaviour before and during the war.

Germany has been obeying US military for seven decades, they aren’t going to be able to suddenly make huge decisions on their own, and completely re-orientate their entire command structure anytime soon.

The dependence is there, true, but it’s not from a US government, which practically doesn’t exist anymore. It’s the mingled ‘deep state’, ‘deep finance-industry’ which rules the US, and also rules Europe. Creation of an EU intervention force simply means getting money from the EU for those companies and agencies (scarcely right to even use the plural here, anymore). Max is right that most key positions are taken by transatlantics so it’s likely Europe will oblige. Don’t forget the global pressure of finance: the greatest hedgefonds can simply suspend trading of certain EU-company shares and ruin them in weeks. Such is the power of these institutions. It’s in the hand of a very, very few, with helpers here and there. If Europe were to re-assert herself, fine. Currently, the EU is bankrupt, stealing the money of ordinary Greeks etc. won’t change that. At the same time, the EU, not least Germany is spending more and more on ‘defense’. My guess is, it’s meant to be used internally, against their own population. The EU is going fast-track on the road to perdition.

Europe for Europeans, Yankees go home. Or go to hell. (if there’s any difference anyway).

basically the Monroe doctrine in reverse

Report – 1000 attempts at forum disruption and disinformation from you

Jenny thinks what she is told!

Countries should leave EU when they still can, and Euro too, it is a trap. Quoting Tolkien freely: One Euro to rule them all, one Euro to find them, one Euro to bring them all, and in the darkness bind them. The same could be said about the Dollar, but you get the gist…

Translation: Blackrock and Vanguard have sucked dry the coffers of the US military for now. Let’s have some European money instead. I’m sure Europe will oblige, what with their agents in the right government positions. (Yes, it’s also the CIA etc.)

Who are these on the image, why they have Nazi cross