Wikileaks founder Julian Assange believes that the mass exodus from Syria is part of the US strategy against the government from Assad: The depopulation of the country will bring the country to the brink of collapse because especially the educated middle class is being driven out. Europe’s strategy of open borders plays to the US interests in the hands. 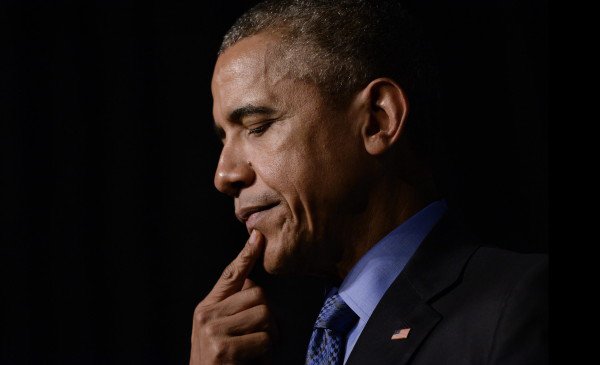 US President Barack Obama is a so called “lame duck” – he cannot do a lot against the plans of the neocons in Syria. (Photo: AP)

Originally appeared at deutsche-wirtschafts-nachrichten, translated by Karin exclusively for SouthFront

In a very revealing interview with the independent Greek news portal The Press Project, the Wikileaks founder Julian Assange said that behind the expulsion of hundreds of thousands of Syrians from their homes is a conscious calculation of those groups that stand to profit directly from war – i.e. the US neocons and their networks in the defense industry, the mercenary companies and the secret services. Assange said that the US government is working on the fall of President Bashar al-Assad since of 2006. The “depopulation of Syria” is part of the concept for the overthrow of Assad, “because of the war especially the middle class leaves, doctors, civil servants, lawyers, engineers – precisely those professional groups that you need to keep a country at all functional ‘,

The expulsion of these groups leads to a massive weakening of Assad.

Assange said he himself knew as a refugee, how important it is to give the refugees a friendly welcome. The results of the “policy of open borders in Europe” are wrong, because it exactly support the ambitions of the Americans. Assange: “We have diplomatic notes, which show that the Swedish government during the Iraq war had said, that their contribution to the war was the admission of war refugees. Iraq had asked a few years ago Germany not to invite the Iraqis to come to Germany, because for the reconstruction of the country that would be bad. Germany had complied with the desire then. ”

Assange said that the intelligence agencies and the companies in the defense industry have an interest to continue the war in Syria: “They create problems, because they then will be needed to solve the problems. If there are no more problems, the budgets are cut, and that is not in the interest of those who make profits with the war. ”

The war in Syria serves, among other things, to keep the oil price down. Therefore the US Federal Reserve refuses, to raise interest rates. It is interesting that Assange says that the US, Britain and France coordinate their current Middle East strategy, but Germany is not mentioned. Whether Chancellor Angela Merkel has agreed to its policy of open borders with Washington, is not known.

US President Barack Obama is trying to end the war in Syria through cooperation with Russia. He is, however, at the end of his term and can therefore act basically only defensive. The lobbies of arms industry and the energy sector are preparing for the new president and are likely to delay the proceedings for a definitive solution in Syria. However, the Russians are putting pressure on for a diplomatic solution. On Friday again the Negotiating Group meets in Vienna, this time for the first time with the participation of Iran.

This is just Conspiracy Nutcase fantasies. The idea that there is some vast conspiracy among all these different Govts and Agencies and Businesses is ludicrous. There is no organization in Chaos and things are happening without common direction. Bashar Assad is a MASS MURDERER against the Sunni people; his own people but a different religious sect than he is. Looney tunes from people who are supposed to be progressive but in reality are insanely regressive, pro-Assad and pro-Putin.

Thanks Ronnie, you can collect your 50 cents per post now. Back to your laptop.

Obama’s trying to stop the war? It’s allthe neocons’ fault? Ha! Western Europe and America and probably, Canada, has been funding and arming the church burning “rebels/refugees”! That’s how the Democrats warmonger! They use proxies, because their base isn’t looking as long as they make abortion and gay stuff more accessible (the Republicabs do the sane if the president of that party passes pro-life legislation and border control enforcement and/or restricts gay “rights”)! Bill Clinton put our troops under the UN flag against Milosevic and Obama is using wahabbists to destabilize North Africa and the Mideast.

Yes, seen from this end it makes sense.. Europeans will be punished for WWII, and the You Know Whos gain Lebensraum and loot.. They are on schedule with the Yinon Plan.. They have already started on Syria. – http://www.businessinsider.com/israel-grants-golan-heights-oil-license-2013-2?r=US&IR=T&I – https://www.youtube.com/watch?v=PfKOU31cteg