100 Kurdish women and children were killed in southeastern Turkey over the past six months, said the Human Rights Watch and added that the number is not exact. The victims died during government special operations and armed clashes. 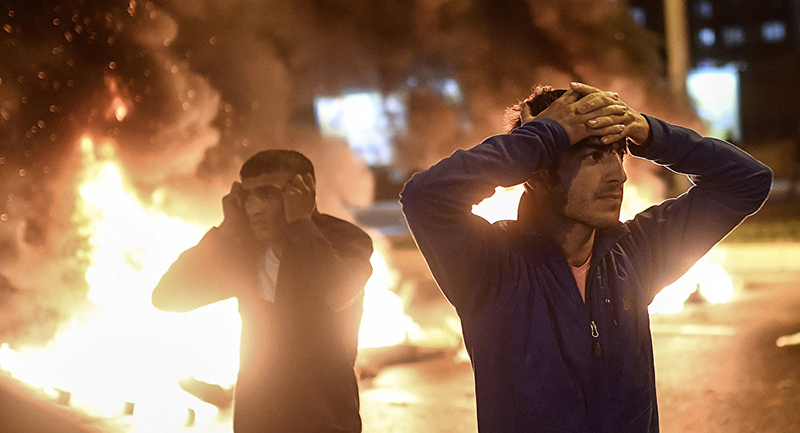 Tensions between Turkish authorities and Kurdish opposition escalated in July after the latter broke a ceasefire agreement and accused Ankara of supporting Daesh (Islamic State). After, HRW called on the Turkish government to suspend military operations and launch a full-scale investigation.

Kani Xulam, Kurdish activist and director at the American Kurdish information network spoke to Sputnik in an exclusive interview saying that Ankara would never do that.

He spoke about how the Turkish government is waging cultural genocide on Kurds.

“Curfews have been imposed in the number of cities and people cannot step outside. There is bombing going on and if people are injured they cannot get to the hospital. Electricity and water have been cut off. It is an undeclared war that Turkey is waging on its Kurdish civilian people in cities throughout south and east of the country,” Xulam told Sputnik in an interview.

He further said, “There are 20 million people living in the country with no basic human rights, no political rights and are forced to assimilate Turkish culture, language and literature. The Kurds are saying that they have had enough and they want local autonomy.”

The activist called this a cultural genocide and ethnic cleansing in a sense that people are not allowed to express themselves. He said that this is against the international law and against any norms. “Turkey is denying the very existence of the Kurds in its constitution and is forcing them to be assimilated.”

“The fury is that what is happening in Syria can easily be duplicated in Turkey. The fault lines are exactly the same in Turkey where the Sunni majority wants to impose on Kurds and Alawites. Turkey could become easily like Syria,” Xulam said.

He further noted that, “Turks will never investigate their own abuses. They never had, they never will. It could end up in a civil war.”

Talking about whether there are independent observers and international journalists who could highlight the situation of the Kurdish people, Xulam said, “There was a journalist to document this from the Netherlands, but as soon as these hostilities by Turkish government began they made the journalist persona non grata, bought her a ticket and sent her home. As far as I know there are no independent observers here.”

The activist said that Turkish journalists try the best they can to report on these clashes but they are imprisoned if they report against the Turkish government.

When the AIM of the Illuminati is to create conditions to enable the battle of Armageddon, WWIII, and the Holocaust of humanity as declared on the Georgia Guidestones, then antagonizing the Kurds within Turkey and splitting up the region into a Kurdistan and a Sunnistan, etc. is in line with that aim.

Muslim Brotherhood being an MI6 creation and Erdogans administration being a part of the global Kabbalist Freemasonic elites you can count on that they will practice the TALMUD.

What does the Talmud say?

The Talmud, the Zohar Shemot. ” Extermination of Christians is a necessary sacrifice. ”

Talmud, Gittin57a.”Jesus is in hell where his punishment is to ‘boil in heated sperm.'”

Kethuboth 11b. ” If an adult jew man has sexual intercourse with a little girl it is nothing to worry about, because if the girl is less than three years old, it is as if sticking a finger in the eye – eyes fill with tears, for and again. Likewise, virginity back of a little girl during the three (3) years. ”

Aboda sara 37a. “A Jew can desecrate a non-jew girl when she was aged 3 years and one day.”

Any Mouse
Reply to  Any Mouse

* “Likewise, virginity comes back to a little girl under three (3) years.”

Any Mouse
Reply to  Any Mouse

Of course, this is not “Jewish” as we know of it but ANTI-JEWISH.

This is not the Torah, it is the TALMUD – the scriptures that all esoteric occult organizations (Freemasons, Opus Dei, Rosicrucians etc.) practice.

Satan would come in white, wouldn’t he?

What is “whiter” than to come cloaked in Jewishness (aka “JHWH’s people”).