This article originally appeared at Russia Beyond the Headlines

In space, a black hole is an invisible killer star that destroys everything around it. There’s a different kind of black hole lurking under the oceans – a Russia submarine so stealthy that not even the American military can detect it. The US Navy openly acknowledges it cannot track the Novorossiysk-451 sub when it’s submerged.

In the wake of the “Black Hole” follows the “Beast from Beneath”, a state of the art Russian submarine that leaves the US Navy far behind. The Severodvinsk K-329 has been compared with the high-tech boomer that was taken over by a rogue Russian captain in the 1990 film The Hunt for Red October. 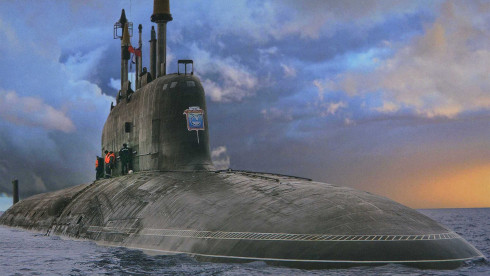 While these monsters of the sea will remain the exclusive property of the Russian Navy, Moscow is making a high-octane entry into the huge export market, with advanced diesel-electric submarines. As well as being silent, stealthy and armed with the world’s deadliest missiles, Russian submarines are often the vessel of choice for an increasing number of navies, especially in cash-rich Asia.

Another reason is the US, which rivals Russia in naval technology, does not make diesel submarines any more, leaving the waters open for Moscow’s undersea boats. Moscow’s aggressive defence export policy backed by liberal finance terms has ensured Russian-built submarines are prowling the world’s oceans. But it’s in the Asia-Pacific they are most visible – or invisible, to be more accurate.

The frenetic pace of economic growth in the region has made the security of the sea lanes a matter of vital importance to the littoral nations. Japan, for instance, imports around 96 per cent of its energy and South Korea imports 90 per cent of its food. As trading giants they are also highly dependent on export revenues.

Naval power is the key to protecting sea lanes, showing the flag and keeping out adventurists. However, most nations in Asia are too small to afford large capital ships. Those that can afford them lack the manpower to operate even a medium-sized fleet. For instance, Vietnam and Indonesia cannot hope to match China’s rapidly expanding navy ship for ship.

Submarines, however, are the great equaliser. This is because a handful of them lurking under the waves can keep the enemy’s fleet bottled up in harbour. Difficult to detect, they can destroy ships many times their own size.

Asia’s submarine race kicked off in earnest in 1997 when China struck a deal with Russia to buy the advanced Kilo class submarine. Thrilled with the performance of their Kilos, the Chinese placed an order for eight more for $1.6 billion in 2003. Although China has more submarines than US, its own subs are of shoddy build. Beijing is therefore betting the Kilos – and the much larger Russian Lada class submarines – will even the odds against the US Navy.

“China’s move is significant for economic, political, and military reasons. The Kilo-class submarine was designed for anti-submarine and anti-ship warfare in the protection of naval bases, coastal installations and sea lanes, and also for general reconnaissance and patrol missions,” explains Isenberg. “It is considered to be one of the quietest diesel submarines in the world. It is said to be capable of detecting an enemy submarine at a range three to four times as great as that at which it can be detected itself.”

As per the agreement, Russia has armed China’s Kilos with the supersonic Klub missile, presenting a major deterrent for rival navies. The St Petersburg-based Rubin Central Maritime Design Bureau is developing air independent propulsion (AIP) system – allowing subs to stay submerged longer, up to 45 days without surface – which can be retro-fitted in older Kilos.

China’s leadership realises the importance of an under-sea missile capability. In an editorial in the state-run newspaper Global Times, professor Han Xudong of the People’s Liberation Army National Defence University pointed to ongoing maritime disputes as sources of conflict that will eventually escalate into WW III.

“Judging from the contention of the global sea space, the Arctic Ocean, the Pacific and Indian Ocean have seen the fiercest rivalry,” he writes. “It’s likely that there will be a third world war to fight for sea rights.”

As the rivalry on the sea grows intense, Xudong says China’s military should shift its focus from land to maintaining its rights on the sea.

As well as Kilos, China is in talks with Moscow for the Lada class submarines. “The Ladas are designed to be fast attack and scouting boats,” says Strategy Page. “They are intended for anti-surface and anti-submarine operations as well as naval reconnaissance. These boats are said to be eight times quieter than the Kilos. This was accomplished by using anechoic (sound absorbing) tile coatings on the exterior and a very quiet (skewed) propeller. All interior machinery was designed with silence in mind. The sensors include active and passive sonars, including towed passive sonar. Russian submarine designers apparently believe they can install most of these quieting features into improved Kilos, along with many other Lada features.”

Due to their increased cruising range, the Ladas will be able to operate in the Pacific Ocean at a considerable distance from their Chinese bases. Compared with the Kilos, the Ladas have a much lower level of visibility, which increases their chances for overcoming Japanese antisubmarine warfare vessels and aircraft.

Further, Moscow is developing a new advanced submarine class and may sell them to China, says The Diplomat. The head of the Russian Navy, Admiral Viktor Chirkov, says Russia would build new fifth-generation submarines dubbed the Kalina-class.

As China prepares for a high stakes naval duel, its neighbours are getting the jitters. In the South China Sea, a clutch of nations such as Vietnam, the Philippines, Brunei, Taiwan and Malaysia are seeing aggressive Chinese naval patrols. In the East China Sea, Japan and Taiwan are contesting Beijing’s claim to the uninhabited Senkaku Islands.

Vietnam has quietly got itself an insurance policy. In 2009, Hanoi signed a $3.2 billion deal that includes six Kilo class submarines and construction of a submarine facility at Cam Ranh Bay. The last of the boats is scheduled for delivery by 2016. “Up to 50 mines may be carried as an alternative to torpedoes and missiles, an important area-denial capability,” says a report by the US Navy Institute.

Indonesia’s Defence Strategic Plan 2024 calls for a fivefold increase in the number of submarines over the coming decade. The country has a long history of operating Russian submarines. In 1967 it acquired 12 Whiskey class submarines from Moscow.

Lately, Russian efforts to sell subs have foundered. In 2013, Indonesia held talks with Russia to procure a number of Kilo-class submarines but no deal was struck. But Moscow isn’t giving up. This year the Russian government has again approached Jakarta to offer brand new Kilos to bolster the country’s maritime defence.

Thailand, Malaysia and Taiwan are other nations set to expand their undersea fleets. Pro-western Thailand may be a hard market to crack but Malaysia – which operates Russian Sukhoi-30MKM aircraft – could be persuaded to look at the cost-benefit aspects and strike capabilities of the Kilos and Ladas.

Taiwan has four rust buckets and is desperate for replacements, but is finding major suppliers shying away from it because of Chinese pressure. If Russia can get around that, then it can get into the good books of one of the richest armaments buyers in the region.

Another nation in the periphery that may end up buying Russian diesel-electric submarines is Bangladesh. It had initially wanted to buy Chinese subs but India – which operates ten Kilos – convinced Dhaka to buy Russian submarines instead. Defense Radar reports that Bangladesh proposes to purchase two submarines from Russia.

The rush of new submarines into Asian waters is partly fuelled by the insecurity that results from being stuck in a crowded geopolitical hotspot. But in a region where mistrust runs deep, submarines could prove to be the one deterrent that contributes to stability.

I hope the Russians don’t sell their latest spec Submarines…..as they will undoubtedly fall into the hands of U.S inspection from one of those weak vassel ASEAN countries. China & India are the only worthwhile customers having in my opinion……as neither are allied to U.S.

Indonesia will soon start to manufacture some Ship for The Navy. We will start small for now manufactured some Sigma-class ship but i hope for some Destroyer in years to come. Still the strongest Ship we have in our History is Soviet made Sverdlov-class we name it KRI Irian that help liberating Irian back in the days when we were good friends with USSR and China. Well CIA done a great job destroying our Goverment back in 1965 ,even people still thinks that Communism is bad ,Communism can’t cooperate with our goverment and many more. oh btw my thanks to russia for giving some ship and weapons back in the day ,it really help us a lot that time.