Despite it’s almost a year since the anti-terror operations started in Iraq and Syria, ISIL keeps reporting huge revenues from oil production. 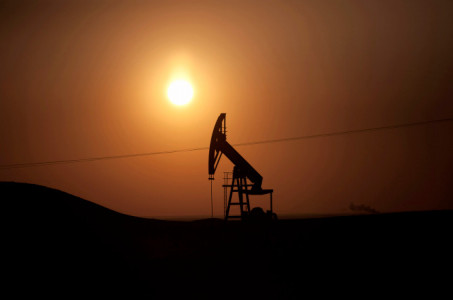 An oil field near the town of Deriq, Syria.

Till the present day, it’s been almost a year since the US led coalition started in Syrian and Iraqi territories with airstrikes over strategic targets and a just a few operations with troops on ground mainly to free hostages, but still, oil infrastructure of the terrorist group remains almost with no damage at all. Or at least that’s shown by the profits that the group keeps earning of their oil output.

Nearly $50 million are reported to be the income of ISIL monthly and almost $500 million a year as a result of the extraction, refinement and final selling of their oil.

Due to the lack of fuels in the region, even the rebels fighting against the Islamic State are being forced to buy it from them since their prices are lower than the established price in the market of about $50 per barrel.

US officials claim that they are not fully responsible of keeping things profitable for the terrorist group, but also regional governments must assume their liability on keeping commercial relations with the jihadis, as informed by the Associated Press.