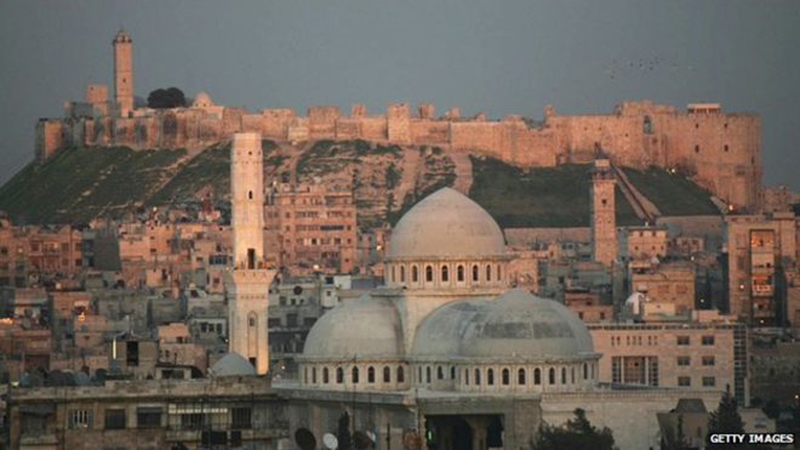 Written by Predrag Ćeranić; Originally appeared at Politika.rs, translated by A. Đurić exclusively for SouthFront

Statement by Turkish Prime Minister Ahmet Davutoglu that Turkey will not allow the loss of the city of Azaz in northern Syria, near the Turkish border, indicating that the Syrian crisis is geting more complicated. This statement is, on the one hand, completely undiplomatic and contrary to all international norms and conventions adopted. On the other hand, it is a threat to peace in the region. As it regards the Middle East, the statement of Turkish Prime Minister is a threat to world peace. It is also a proof of the deep involvement of Turkey in the internal affairs of Syria and testifies to Turkey’s “deals” with the so-called Islamic State.

It’s getting certain that Turkey made plans along with the Gulf countries, even before “the Libyan campaign,” and overthrow of Gaddafi, about new energy routes and selling exclusively “Sunni oil and gas” to western countries and China. Of course, Washington’s support for this plan was not difficult to obtain, because the realization of the plan involved the suppression of Russia on the world market, and for the United States this is high on the list of priorities. In Washington, it was estimated that Russia, with the imposed sanctions and drastically reduced influx of money from the sale of energy, within two to three years could experience an economic collapse. But things have taken different turn.

In this context we should see Erdogan’s announcement, said on October 04, 2015 in Brussels that Turkey, stimulated by human reasons, plans to establish a “buffer zone” in northern Syria, alongside its border. Care about the “moderate rebels” was just a cover for Turkey to in fact, using the alleged fight against the Islamic State, provide a route for the corridor that would go from Qatar and Saudi Arabia through Syria, leading to Turkey and further to the EU. Erdogan has sought assistance from Brussels to establish a “humane” zone.

When one takes into account the ability of Turkey to, as appropriate, “open valve” for migrants who move to the EU, it is clear why Turkey also receives support from Brussels, primarily from Germany, but also France, for the establishment of a “buffer zone”. When one takes into account the pressure of the French terrorist attacks and the state of emergency, it is easy to explain the charges on the account of Assad and Russia that come from the French diplomats. Statement by the French Prime Minister Manuel Valls that ground offensive in Syria would be “crucial” in the fight against the Islamic State, is also a form of support for the initiative of the Turkish land intervention in Syria, that would be carried out by Turkish and Saudi forces, which was stated at the conference on security in Munich by Turkish Foreign Minister Cavusoglu Mevlud. Turkey made it clear to EU, that if it is forced to open border for migrants, about a million of them could be on way to Greece or Bulgaria. Answer from Brussels quickly arrived, as the announcements that in the Air Force Base in Incirlik would be created a new military coalition, in order to establish a “buffer zone” and the no-fly zone. Unfounded accusations that Assad’s forces with the support of the Russian aviation bombed the MSF hospital and the school, where some of the media who publish accusations argues that hospitals and schools suffered as a result of air strikes, and the second part alleges that rocket attacks made it happen, should be seen as media support necessary to create a “buffer zone”. Information is based on a few words, from “someone” with tweeter, and no one has tried to explain how schools and hospitals worked day and night under the Turkish artillery bombardment. Everything reminds of media campaign led by the West to justify intervention in Kosovo and the famous “Racak case”. It is, in fact, PSYOPs operation based on unconvincing and quickly mounted lie because it does not mention any names, not even the name of allegedly bombed schools, and the authenticity of the published footage is disputed.

From Poland, the interlocutor of attack on Russia because of the “Russian threat to the Baltic countries,” came the announcement that it will send four F16 aircraft to Syria because of the intervention against the Islamic state, and arrival of military personnel and aircrafts to the base Incirlik was announced also by Saudi Arabia. In order to implement the Turkish “buffer zone”, with maximum use of the media and the instrumentalization of the leaders of the UN, began to rain down accusations against Russia and its military presence in Syria. The script is written on the basis of the matrix from the Balkan and Iraq-Libyan campaign, even US slightly reprimanded Turkey for artillery attacks on the Kurds, while the EU’s voice was even quieter.

The focus of Turkey’s worries now are refugees from Aleppo. Why? Because the trio of Turkey, Saudi Arabia and Qatar, see the high economic possibilities in the pipeline which, as already mentioned, would go from Qatar via Saudi Arabia to Syria, and it continues through Aleppo and Turkey to the EU. These countries, or sponsors of Islamic State, can not be a factor for peace in Syria, nor can they be left to the care of its future. However, as it is said, hope dies last, and Turkey does not lose hope of creating a “buffer zone”, and therefore gives help to Jabhat al-Nusra, the Syrian branch of Al-Qaeda, by strengthening them with groups from Asia, primarily China’s Uighurs, newly arrived Chechens, and Turkmens which are send in Syria by the Turkmen Islamic party. These forces are now gathering in Turkey and Turkish police provides security for them. Otherwise, since 2014 the Uighurs gather together under the supervision of the police, and stay in government buildings in the Turkish city of Kayseri. Otherwise, Turkey has numerous Uighurs community because they are coming for decades from China to Turkey, and it is estimated that Turkey currently has around 300 000 Uighurs. They are recruiting contingent for military operations in Syria. Turkish intelligence trained for combat 10 000 of them, and a part was already sent to the village Zanbag in Syria, in order to protect Turkish speaking community and, according to Erdogan’s care, in order this community to survive it is necessary to provide a “buffer zone”. We should not forget that the Aleppo is specified as the capital of the projected 82. Turkish province, which indicates Turkey’s intention to annex that part of Syria. After the establishment of a “buffer zone” Turkey would decide on taking this step, referring to the Crimea, a Turkish argument would be that the annexed part of Syria is settled Turkish people. Turkey considers Aleppo to be their city, so the statement of Prime Minister Davotoglu that Turkey will not allow the forces of Bashar el-Assad to possess the city of Azaz, is in support of the Turkey’s right on Aleppo. What is not said is that Erdogan will not allow defeat of Raqqa, capital of the Islamic State. Area of Raqqa is populated by Uighurs, which Turkey believes are Turkmen people.

When everything is considered Erdogan’s hate for Russia, whose military intervention in Syria disrupts all of his plans for the reconstruction of the Ottoman Empire, becomes clear. When it comes to Russians, they have long ago “read” Erdogan and deciphered “great chessboard” of Brzezinski, who stated that Germany and Turkey are bind by friendship for centuries, embodied in the signed military-technical agreement. What would Erdogan, among other things, promise to the Americans in exchange for assistance in the reconstruction of the Ottoman Empire? Activation of the Uighurs in China, after which would began demonization of China, as Russia is currently being demonized, in order to achieve, at least partially, the “great chessboard”.

Wow! Why are we only now reading such a succinct and believable analysis? Could have addressed our Shameful support of the Arab League – is Obama that bias?