For nearly 30 years since the disintegration of the Soviet Union, the United States and its main Western European allies the United Kingdom, France and Germany have comfortably assumed themselves to be the invincible and unstoppable spearhead and cutting edge of the human race. The assumption that democracy and free trade, Western style will conquer the world is axiomatically held and permeates the educational systems and intelligentsia of all these nations. 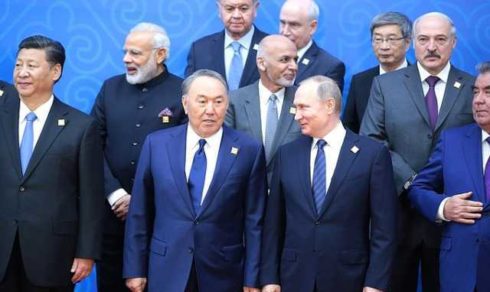 Yet this presumption of moral and superiority and ideological inevitability by the leaders of the United States, the European Union, NATO and the Group of Seven (G7) nations has not been confirmed by any verifiable hard evidence.

On the contrary, the US State Department’s own reports have remorselessly documented throughout the 21st century that every nation where the United States intervened either directly, applying kinetic military power, or indirectly destabilizing existing governments and urging other players to rise up to destabilize existing governments – misery, not happiness has inevitably resulted.

Whether one looks at Ukraine, Afghanistan, Kosovo, Iraq, Libya, Somalia or Syria, the pattern is always the same. Per capita rates of human trafficking, including, the enslavement of children for sexual exploitation, organized crime, drug trafficking, per capita hard drug addiction rate, and the likelihood of violent death has soared after every such US and/or allied military intervention. Life expectancy and standards of living as well as recorded GDP have plummeted catastrophically in every case.

Even the creation of the Shanghai Cooperation Organization on June 15, 2001 failed to dent Western paradigm blindness, arrogance and complacency about the true, future “Way of the World.” Now we see the same extraordinary complacency presented by the Western elites to the crucial accession of India and Pakistan to the SCO.

The geostrategic, world historical importance of this development cannot be overestimated. For 17 years since the founding of the SCO, the United States and its NATO and European Union allies have pressed ahead in one minor war of destabilization and aggression after another. Yet every one of those misadventures has been a strategic and even tactical failure. The United States and its NATO allies have proven all too adept at starting wars around the world. Through fear and the narrowest calculations of self-aggrandizement, tiny nations from Estonia to Georgia have flocked to their banner.

However now, at a single stroke, the two giant nuclear-armed nations of South Asia – India and Pakistan – have set aside their existential rivalries and suspicions and have both sought security and protection within the framework of the SCO. And more, these two nations are both English speaking democracies!

How can the United States and the United Kingdom in particular now claim to uphold the cause of democracy when the largest, most populous democracy on earth – a nation of almost 1.3 billion people, and another nation with an English-speaking democracy – Pakistan – with a population now in excess of 200 million have now joined the SCO?

Why did Delhi and Islamabad both decide upon such a n epochal move? Clearly, they did so in large part because both nations fear the future potential coercive designs of the Western alliances against either of them.

Therefore despite US efforts at engineering Regime Change from Ukraine to Brazil, the accession of India and Pakistan to the SCO confirms the isolation of NATO in the wider world, shrinking the alliance’s expansion into Eastern Europe to just the western end of Eurasia and the periphery of East Asia.

This therefore is the self-inflicted strategic catastrophe that the fantasy vision of global strategic engineering and a worldwide “crusade for democracy” has inflicted upon its perpetrators. Rather than isolating Russia, or China or both of them – an absurd goal if ever there was one – the half-baked failed neo-conservative and neo-liberal Hegelians of the Sub-Age of Francis Fukuyama have isolated themselves instead.

Just as the capitalist United States, the communist Soviet Union and the paleo-colonialist British Empire all eventually joined forces to crush the mutual threat of Nazism, the neocon and neo-lib fanatics of Permanent Global Revolution (PGR) – democratic – style – have expended trillions of dollars and set off wars costing millions of lives – only to succeed in isolating themselves.

The solution to this global catastrophe for the forces of the West w is actually very simple and practical. It is to end the policy of endless military interventions, to immediately end the remorseless expansion of NATO and indeed to permit any nation within the alliance to quietly and efficiently decide to leave it whenever it so chooses.

This is what the leaders of the West should do. But of course they will not. For when did Fools ever willingly embrace Wisdom?

Good question with an obvious answer.

Think he has missed the point of war and the process of destabilisation.”The purpose of war is war.” Likewise the purpose of destabilisation is destabilisation. The reason behind the smashing up of countries like Afghanistan, Libya and Syria was and is to create failed states. Had Fukus succeeded in Syria and crested 5 or 6 mini states. Golan De facto becomes part of IsraHell. Libian gold and foreign reserves have been sequestrated or swallowed up while Afghanistan produces the best heroin in the world along with having huge as yet untapped natural resources. It was nor is about making things work the way they want them to work. It has always been about smashing states that do not comply with their Agenda.in order that they will never work again or be a threat to the Zion-O-yanki system.

I believe they are using chaos theory as a tactic of war, create infighting to weaken enemies and then mop up the survivors, lots can be done in the fog of war!

Tony B.
Reply to  Redadmiral

“Zion-O-yanki system?” Why not just go to the root cause and use the words “Rothschild cabal” since all the rest are just their slaves.

They will soon turn on the heat everywhere the Chinese super-mega BRI happens to be planned/and/or built.

The BRI is the future of mankind for the 21st century and beyond. It will gradually usurp the corrupt, unfair, illegal, predatory , inhumane and enslaving current global economic scheme, largely controlled by a syndicate of powerful international Jews.

There is no stopping the Chinese, or the BRI integrating the world through free trade, peace, harmony, and development of the developing world especially.