The Archicivilians blog has released a nice infographics, depicting the ongoing conflict between various militant factions in the Syrian provicne of Idlib.

The infographics shows the groups involved in the ongoing infighting in the province with Jabhat Fatah al-Sham (formerly Jabhat al-Nusra, the Syrian branch of al-Qaeda) [also supported by Jund Aqsa and Nour al-Din al-Zenki] at the one side and the Ahrar al-Sham-led block at another. May they all kill each other.

Allah likes it when Jihadists get themselves killed. That’s why he promises them free pussy in the afterlife.

you probably love to see Muslims being killed you Godless POS.

islam killed your brain, you follower of phedophil, thief and murder mohamad

you clearly don’t know anything about Islam and your words mean nothing just hate filled speech don’t hide behind a computer i dare you to say that to a Muslim in their face bunch of cowards these days who have no tolerance for others and you wonder why groups like ISIS and Al Qaeda exist is because of people like you keep your opinions to your self.

“you dont know about islam” is favorite mantra of muslims, but i tell you something. when i really didnt know anything about islam, i tolerated it. after i started study it, i found out is only totalitarian ideology. Its pure slavery. and next favorite legend is, that isis and those shit exists, because we dont tolerate islam. its only lie. islam from begin is about murders. all history of islam is war. it is not new thing. I cant udnerstand only, why you follow this shit, which changes people to not thinking machines, machines which know only how kill somebody, cause he dont want islam or even his islam is very little different. you are right in only one thing, i hate islam, because islam takes you all humanity.

look at you you’re driving your self insane with your hate, you condemn billions of people based on what a US made group does look at Christianity millions of natives and others killed look at Communists millions of christians killed by them look at Nazis millions upon millions killed by them you clearly have not read The Quran or maybe your capacity for knowledge is very little.

why you call somebody as Godless ? you think, Allah was spoking through Mohamad ? i think, it was not God but Satan. only satan make evil like this. so Godless are muslims…

That’s just another way of saying they will f each other in hell, lakes of fire and rivers of acid intead of milk and honey, that’s what they deserve.

What a stroke of genius when Assad sent his jihadis to Idlib. Essentially, he placed all his rotten eggs in a small basket. When strikes are conducted, it is almost impossible to miss the many targets. Now that they are fighting among each other… he has icing on his cake.

What’s strange is that this happens on the day of the Astana talks. There’s also reports( that I can’t verify cause I can’t read Arabic) that Jabhat fateh al-sham/Nusra has officially been branded Khawarij (as Isis has been) by Syrias Islamic Council (based in Turkey I believe)
If this is accurate Nusra is basically been de-facto separated from the “moderate” Terrorists. As the latter will have to fight them. I’m awfully curious how Russia made this happen in just 1 day, when the US couldn’t do it for years.
I think it just might be worthy of another article on its own. 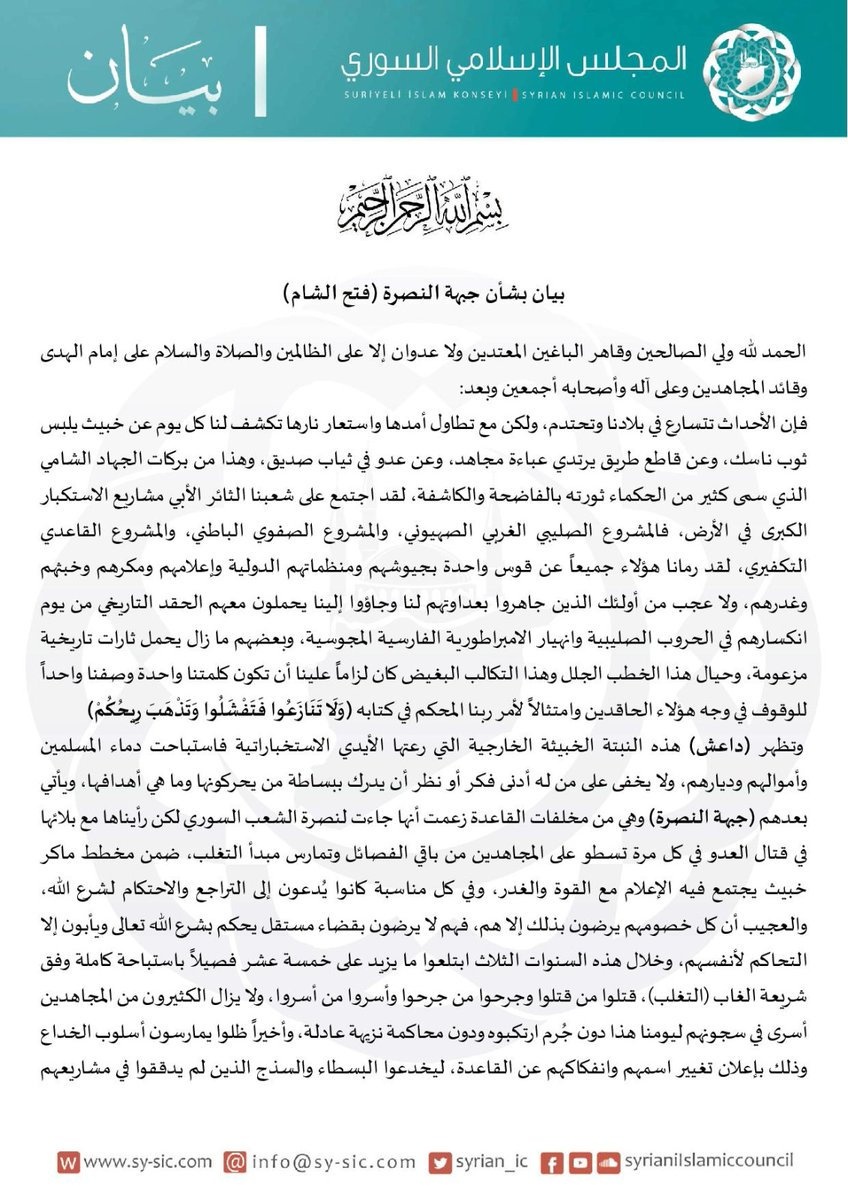 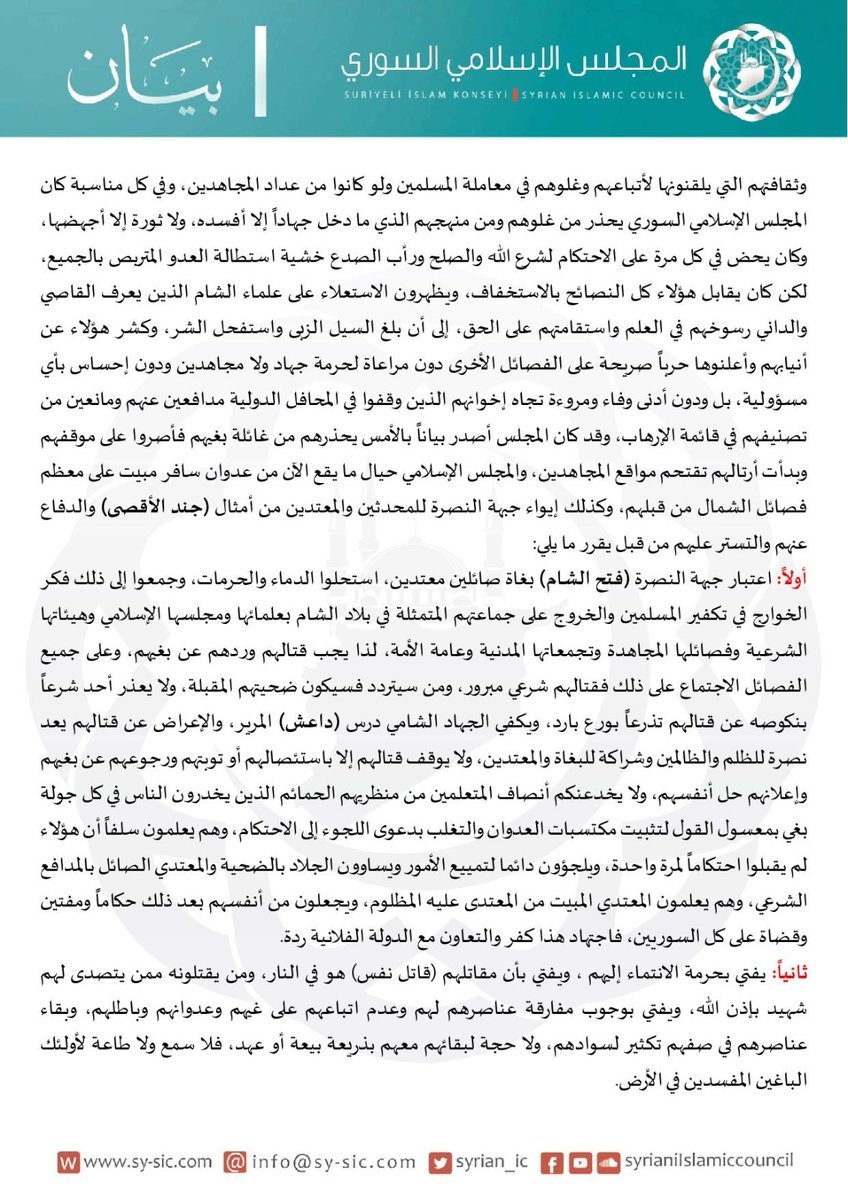 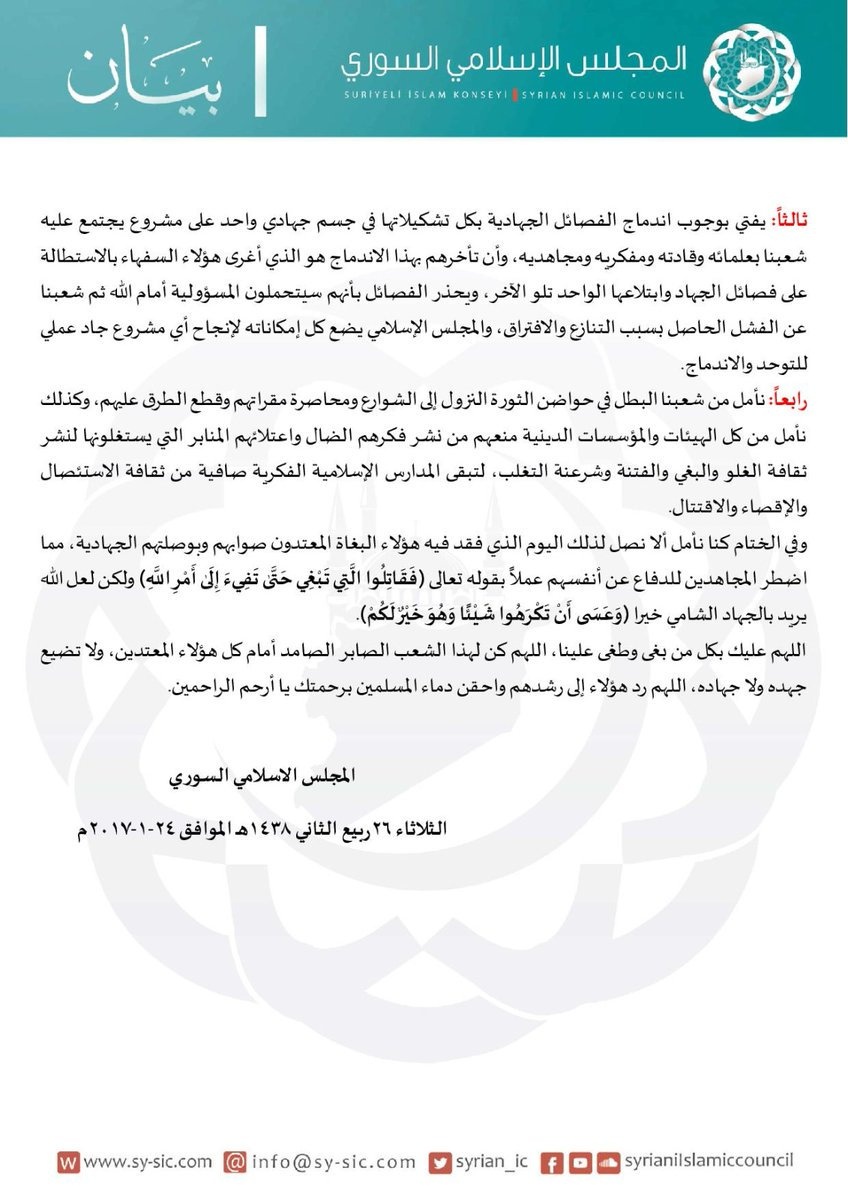 Love to read about rebel in fighting! It would be even better if groups where equally divided = a bloodier conflict. Jihadist must be fighting over fewer supplies and paychecks from outside.
When is the last time they launched an offensive? I have not heard of any in quite a while.
It must be a forced ceasefire (lack of munitions and finance). Good news for SAA!