On September 3rd, Jess La Bombera, or as is her real name – Jessica A. Krug, admitted that she had been pretending to be a black “Afro-Latina” and was, in fact, a white Jewish woman.

She was simply pretending to be black all along. She admitted to it in an open letter published on Medium.

She admitted “the truth, and the anti-Blackness of my lies,” as the title reads.

Krug wrote about her “experience as a white Jewish child in suburban Kansas City under various assumed identities within a Blackness that I had no right to claim” and said she feigned “North African Blackness” before pretending to be a Black American and then finally settling on a “Caribbean rooted Bronx Blackness” identity.

Weird story of the day: Jessica Krug, a white woman from Kansas, has been pretending to be Black for her entire professional career, and now she’s apologizing for it:

"I am not a culture vulture. I am a culture leech."https://t.co/p2rBC30Tm8 pic.twitter.com/8PZCfA2YGA

She is quite apologetic about it, with statements such as:

“I have not only claimed these identities as my own when I had absolutely no right to do so — when doing so is the very epitome of violence, of thievery and appropriation, of the myriad ways in which non-Black people continue to use and abuse Black identities and cultures — but I have formed intimate relationships with loving, compassionate people who have trusted and cared for me when I have deserved neither trust nor caring.”

“Intention never matters more than impact. To say that I clearly have been battling some unaddressed mental health demons for my entire life, as both an adult and child, is obvious.”

Here’s also a video of her acting black:

All we are is a tan, some hoops, & a shitty accent—we’re nothing but costumes to some of y’all.

Discover your own personhood. pic.twitter.com/CPw4bnTk7e

It is obvious that apologetic or not, she abused the current mainstream narrative for her own personal, relatively small-scale gain.

It is showing how biased the current mainstream avalanche is if people attempt to pretend being black only to abuse the system and received certain benefits and additional privilege, of any sort.

As such, this goes directly opposite of what Black Lives Matter and other activists of the sort advocate for, presumably. This is a throwback to Rachel Anne Dolezal (also known as Nkechi Amare Diallo). She is most famous for being National Association for the Advancement of Colored People (NAACP) chapter president in Spokane, Washington.

She, for years, pretended to be a black woman, while actually being white.

She was chapter president from 2014 until June 2015, when she resigned in the midst of controversy over her racial identity.

And, surprisingly, it was her parents who gave her away.

Her white parents publicly stated that she was passing as black. The statement by Dolezal’s parents followed Dolezal’s reports to police and local news media that she had been the victim of race-related hate crimes

Dolezal was charged by the State of Washington with felony theft by welfare fraud and second-degree perjury in May 2018. The matter was settled in a diversion agreement; Dolezal agreed to repay the welfare funds and to perform community service.

In this case, she profited a bit more, but was caught.

It is very evident that racial identity and ethnicity are quickly becoming a tool for political manipulations, primarily in the US, but likely elsewhere in the future.

A very obvious example, that led to no backlash example is US Senator Elizabeth Warren.

Back in 2019, she apologized to a to a largely Native American audience for “harm I have caused” after years of occasionally identifying herself as Native American.

She also released an entirely DNA test in 2018, which purportedly supported her claims of being Native American.

“I know that I have made mistakes. I am sorry for harm that I have caused. I have listened and I have learned,” Warren said, when she was still a candidate for the Democratic party presidential nomination.

Warren, Senator from Massachusetts, grew up in Oklahoma and long claimed Native American lineage as she pursued a career as a law professor.

Initially, she released the DNA test, because she attempted to counter US President Donald Trump mocking her claims of being Native American as fake.

Turns out he was entirely right.

The DNA analysis found that while the vast majority of her ancestry is European, Warren likely had a Native American ancestor six to 10 generations back.

Keeping in mind that the average generation is 20-30 years long, that means her closest Native American relatively lived 120 years ago, and at the longest, 300 years ago.

“I can no longer call her Pocahontas, because she has no Indian blood,” Trump, who has mocked her with that name, said after the test. “She doesn’t qualify.”

Warren’s campaign removed from its website the result of the DNA test and replaced it with a lengthy section in which the campaign said that Warren shouldn’t have at times identified as a Native American.

“She is not a person of color or a citizen of a tribe, and she has apologized for furthering confusion around tribal sovereignty, tribal citizenship, and the harm that has resulted, both from identification and her release in 2018 of a DNA test,” the new text reads.

She simply apologized for identifying as a Native American, in a very obvious political bid to procure more votes and support, and move in the direction the wind is blowing on the ethnic and racial identity front.

These are some of the more “harmless” adverse effects of the current narrative, more severe ones are likely to start popping up sooner or later.

Why am I not surprised, Jews would stoop to the lowest behavior to gain advantage and fool others. This is a new low in deception.

“I am not a culture vulture. I am a culture leech.”
They are leech…

It’s not as bad as jewish Ukropnazis pretending to be anti Russian neo nazis….

She is also a Zionist propagandist besides being a race faker.

Why is that even a news? big deal..

Because its big news when any other group does it also.

She represents herself only … lol

Except the fact that multiple Khazars have been caught engaging in this behaviour.

A life on survival inside a gasoven in a nasi germany camp develop certain traumas. I thought everybody knew that. 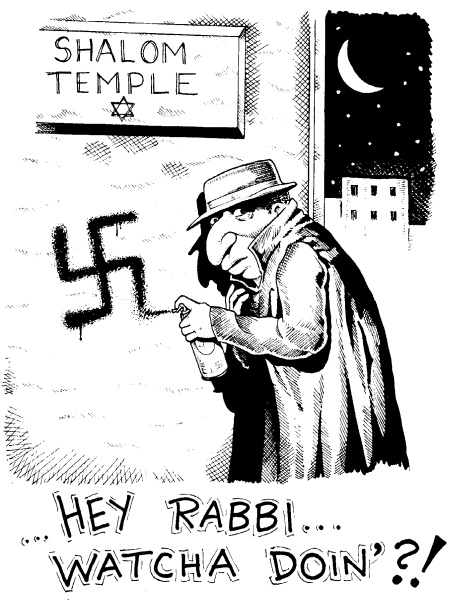 Oh f of will you! Sick and tired of you morons keep blaming Israel for everything when the fact is, they are the only people to survive a literal holocaust, mass murder ALL AROUND the world, under constant threat from their neighbours, and still build the best middle eastern country there.

Amazing how the Khazars become conviently ” White ” when they do something wrong.

Well are they ‘white’ … pasty?

How could they be White if they claim to be Semitic and to have orginated from the Middle East ? Dont the Khazars claim to be a seperate race all the time ? Even the Trumpster gave them that distinction.

A nationality / a religion / a People who believe in the One God of the Universe … eh?

Jews are black / brown too … sorry to disappoint you … pasty

” A nationality / a religion / a People who believe in the One God of the Universe … eh? ”

Not sure what ” God” has to do with this. Addtionally, I’m only stating what the ” Jews ” say about themselves. Do some research.

Not very smart are you ? Which region of the world do Semitic languages orginate from ?

” Jews are black / brown too … sorry to disappoint you … pasty ”

Dont you think I know that ? However, the Khazars ignore that , and still consider themselves as a unique race. How are the brown and black Jews treated in Israhell ?

Either way, here are some quotes from Khazar Jews about Whites, its obvious they dont consider themselves that. Thanks for playing Khazar and Shalom. When losing an argument Khazars always resort to personal attacks and slander. You have no response to my points because they’re factual.

Attacking someone as racist or anti-semitic no longer has the power it used to. Dont bother commeting on my posts again unless you can hold an honest intellectual conversation. Shalom Khazar.