The Russian Foreign Ministry has explained why the White Helmets and the Syrian Observatory for Human Rights cannot be considered as reliable sources of information. 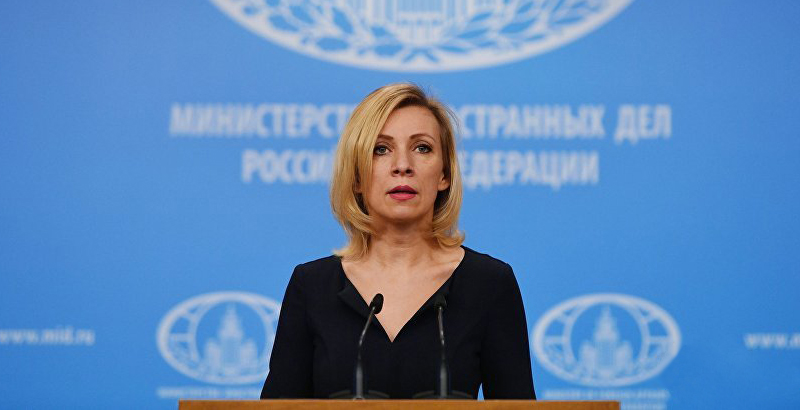 The White Helmets and the Syrian Observatory for Human Rights (SOHR) cannot be considered as sources of data regarding the situation of the alleged usage of chemical weapons in Idlib, spokeswoman for the Russian Foreign Ministry, Maria Zakharova, said.

Earlier, Syrian President Bashar al-Assad said that the White Helmets were members of Al-Qaeda and this was proved.

“All the falsified reports on this issue come only from the notorious White Helmets and the London-based Syrian Observatory for Human Rights that has already become infamous. Neither the White Helmets, nor the SOHR can be trusted. They have repeatedly undermined trust by [making] fake footages and [reporting] information later denied by all parties,” Zakharova said.

“They have long ago completely discredited themselves. This is simply impossible to take any far-reaching decisions, which would be binding for implementation by the whole world, on the basis of reports of these organizations,” she added.

Zakharova drew attention to the fact that the two mentioned organizations present extremely conflicting reports on the incident: the White Helmets are constantly confused in the testimony, they constantly change the versions of what happened, they say about bombing either from a helicopter or from an airplane. They report about the usage of chlorine, then talk about sarin, change the data on the victims’ number. Video and photos, posted in social networks, allow seeing representatives of the White Helmets, who do not have reliable means of protection and act extremely unprofessionally, providing assistance to the victims.

According to the White Helmets organization, its goal is to protect the Syrian civilian population, being politically neutral and without any involvement in armed actions. In recent years, video clips, showing people in white helmets, saving children from rubble, more and more often appear in the Internet.

However, at the same time, videos, which allow us to see the same members of the White Helmets, creating posed videos, putting make-up on the “victims,” and dictating them what they should tell, have also appeared online. Moreover, Syrian journalists showed a number of footages, on which the “rescuers” were spotted with weapons and in military uniform.

On Tuesday, the National Coalition for Syrian Revolution and Opposition Forces reported that 80 civilians were killed and 200 others were injured in the chemical attack in Khan Shaykhun city in Idlib province. Syrian oppositionists blamed the Syrian government forces for the attack. The Syrian government denied the charges.

Lol, Russia trying facts, reason and logic…. Ok ok, I see the long game. Dragging it will make the US draw it internal.

Yet, Russian facts keep ending up being more accurate than Western facts. They often offer evidence along with their assertions, quite unlike Western immediate acceptance of any accusation that supports their narrative.

THANK YOU MARIA (still looking good!) Let’s listen to reason people. As far as the “attack” Why would Syria perform such a self destructive act? They all ready know what the consequences might be!

Shouldn’t we be talking about those US bombings that killed hundreds in Raqqah school and Mosul hospital? Oh you weird World! Give me a break!. When France is taking the lead, you need to take a step back and ask, why France again. It seems they can’t get over Colonial Nostalgia.

Russian reaction to all of this is (usually) timid and inadequate, to say the least. I mean I like Maria, she is more direct than other Russian diplomats, but it’s still not enough: that shameless b*tch Nikki Haley showing photos of dead Syrian children in the UN, how low, how sick is that?!?

Please, Russia no more this calm, reasonable, civilized, diplomatic bs; when they call you barbarians, monsters, war criminals, killers etc. reply them adequately – tell them who are the real monsters, explain them who really killed syrian children, who turned Syria (and not just Syria) into a graveyard. Barbarians? Better than the evil empire.

The Western way is to Jump to the wished for conclusions and then control the MSM media to broadcast the fantasy as we all know.

In the real world however the US is no longer able to direct REAL Facts on the ground that fit with US wet dreams.

Russia and China have enough nuclear power to lay waste to the US rather than be enslaved by a gang of LGBT freaks.

My understanding is the White Helmets are run by MI-5 and the CIA. If you can’t trust them, who can you trust? (obviously, tongue in cheek) SOHR is a guy who’s a tailors shop and hasn’t been to Syria in a decade. Both groups are notorious propagandists.

No one in his right mind can believe that such organization operating in ISIS or Al Nusra territory is independent.