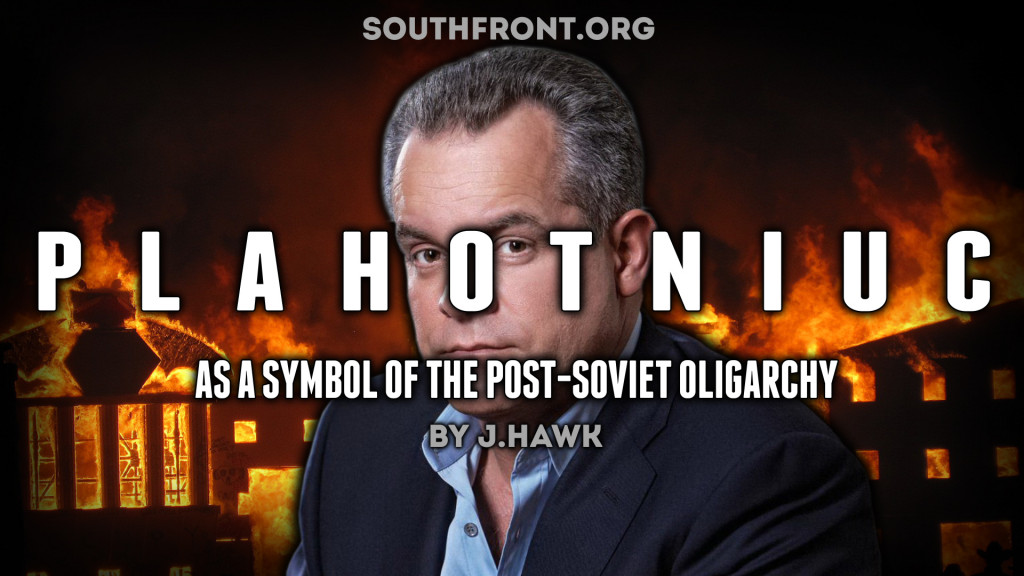 This article is prepared by J.Hawk and Daniel Diess exclusively for SouthFront

At first glance, the current most important figure in Moldova’s politics, the oligarch Vladimir Plakhotnyuk, could well become for his country what Petro Poroshenko became for Ukraine: an oligarch hungry for political power, which he obtained by holding out the carrot of European integration, relying on extreme nationalists, attempting to provoke a conflict with Russia, and in the end plunging his country into a civil war and an apparently endless economic crisis which, collectively, could well bring about the end of the Ukrainian state. Will Moldova follow in Ukraine’s footsteps? A lot depends here on the actions of Plakhotnyuk himself and his perception of political and economic self-interest who at the moment occupies a position similar to that occupied by Poroshenko right after the overthrow of Yanukovych but before the “elections” that propelled him into the actual presidency.

Since both are hard-cored, dyed-in-the-wool, card-carrying oligarchs, one can safely assume that both Poroshenko and Plakhotnyuk are motivated by the same considerations: first of all, survival, which can be achieved (given the political climate prevailing in Ukraine and Moldova) only through gradual expansion of political power, which in turn can be used to generate wealth (Poroshenko doesn’t appear to have suffered much, even his business in Russia (!) is thriving), which is the ultimate guarantee of survival as it allows one to buy off enemies and procure allies, as Poroshenko has done with some skill over the last couple of years.

So, are the vectors pulling and and tugging on each of these two oligarchs in their pursuit of power? 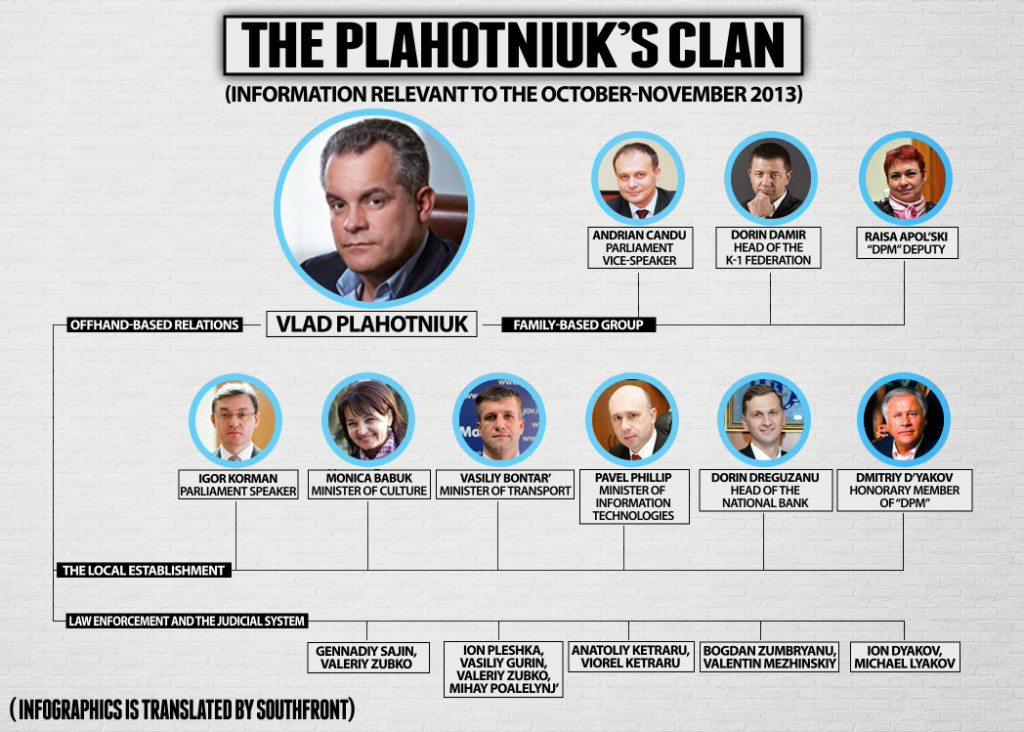 On the face of it, that is a very juicy carrot. In practice, however, what can the EU offer the average Moldovan? It is highly disputable that Moldova would receive major injections of cash, and even a visa-free regime would only expose the Moldovan travelers to the growing anti-immigrant sentiment in Western Europe which is quite indiscriminate in nature and not directed merely at the new arrivals from the Middle East and North Africa but increasingly against everyone who is not a Western European. Even migrants from EU member states like Romania are provoking discontent in the West. Plakhotnyuk is surely aware by now, if only by studying what European integration has done for Ukraine, that keeping Moldova’s masses from turning against him will require more than merely promises of future European integration.

Last but not least, Moldova’s European integration would make it more vulnerable to economic and political penetration by Romania, which in turn might lead to Moldova’s absorption by its neighbor. Is that a scenario someone like Plakhotnyuk, who treats Moldova as his own personal fiefdom and who still views his survival in terms of the ability to preserve that status, would actually want? Probably not, especially since his way of doing business makes it unlikely he could dominate Romania’s politics, or make a fortune in the EU as a whole. In Moldova, he is a big fish in a little pond. In the EU, he would be a sardine in an ocean, populated by sharks.

At the same time, Moldova has already signed its own Association Agreement with the EU and there are no indications its leaders plan to revisit the issue, possibly to avoid an outbreak of popular discontent that was so ably utilized by the opposition in Kiev, but also in recognition of Russia’s limited willingness and/or ability to subsidize Moldova’s economy.

At the same time, Plakhotnyuk is not eager to antagonize Russia to the same extent that Poroshenko, as evidenced by the fact that he has not taken advantage of the opportunity to make a common cause with Poroshenko by opening a “second front”, as it were, in Ukraine’s civil war by launching an attack on, or at least a blockade of, Transnistria. It is, indeed, notable, and a sign of Plakhotnyuk’s preference for maintaining a good relationship with Russia, that Moldova has not joined in the blockade of Transnistria advocated by Poroshenko. That Plakhotnyuk would be able to reap certain benefits from such a conflict is relatively self-evident. Because from Poroshenko’s perspective, the war has been extraordinarily useful. It allows him to blame all of the country’s problems on “the separatists” and “Russian aggression”, impose a police state, mobilization, all manner of repressive measures aimed at stifling political dissent, in the name of “defending the country.” The crucial difference between Transnistria and the Donbass is the presence of regular Russian troops in Transnistria, which would almost immediately provoke a larger war with Russia’s participation, which appears to be a line that not even the most hawkish Washingtonians want to cross in the course of the next year or two. An attack against Transnistria would result in Plakhotnyuk being labeled a “loose cannon” and “persona non grata” in the West which generally does not like being drawn into conflicts that benefit the likes of Plakhotnyuk and have no financial benefits for Western governments or multi-national corporations. So as long as nobody finds a “sizable quantity of petroleum or natural gas” in Transnistria, that region is safe from attack (the joke is coarse and obvious).

By contrast with the EU and NATO, Russia not only has an extensive ongoing trade relationship with Moldova, Russia is prepared to expand that relationship by including Moldova in a variety of integration projects, including the Eurasian Union and possibly even the Shanghai Cooperation Organization, with the ultimate destination being the New Silk Road. Indeed, that is no news that Plakhotnyuk tries to reach out to Vladimir Putin through other CIS leaders, like the President of Kyrgyzstan. Luckily for himself, Plahotnyuk has not burned bridges with Russia in the same way that Poroshenko had done, and it is unlikely that he will attempt to do so in the future. He has been making contacts with the Russian business elite and even attempting to reach Russia’s president himself, apparently in hopes of soliciting economic and political support.

Still, it does not appear that Russia would be able to pull Moldova into its orbit, and it probably should not make the attempt either, satisfying itself instead with the prospect of Moldova remaining something of a geopolitical neutral zone – not fully in the EU, and not fully in the Eurasian Union either.  Arguably the biggest mistake made by Yanukovych (and it is not clear to what extent the Kremlin contributed to making that mistake) is turning his back on the Association Agreement as a whole which gave the opposition a cause to rally around, a development that took Yanukovych (as well as the Kremlin) by surprise. 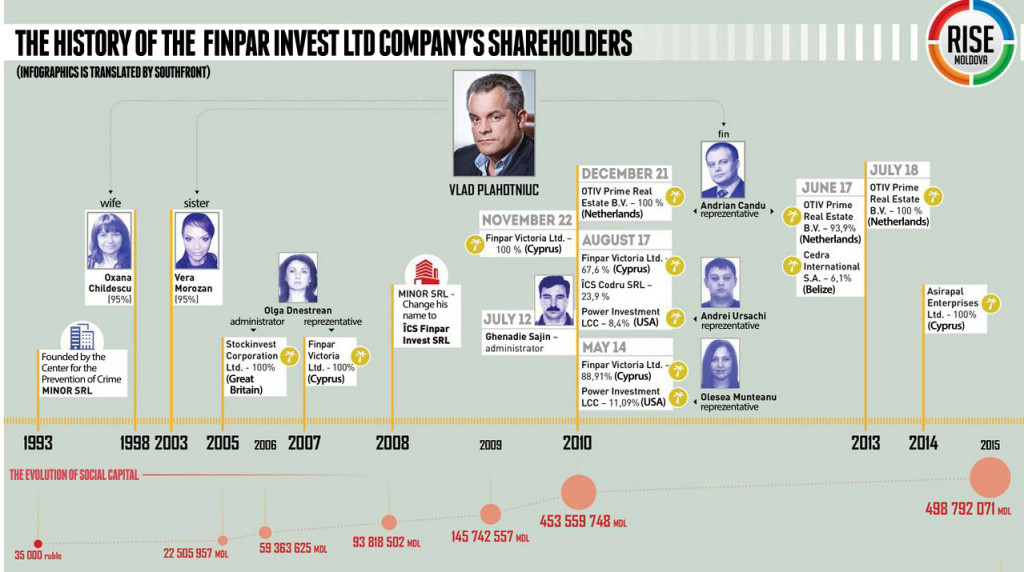 Let’s not forget that, in the final account, Poroshenko, Yanukovych, and Plakhotnyuk are cut from the same cloth. They are not ideologues, but rather pragmatists in the pursuit of power. After all, few people remember that Poroshenko was one of the founding members of the Party of Regions in Ukraine, and that his discovery of “Western freedoms and civilization” occurred only after he was led to believe that he would be richly rewarded by organizing a putsch in Kiev with a decidedly anti-Russian bent. However, the West is not very good at delivering on its promises lately, and one has to wonder whether Poroshenko, who has genuinely painted himself into a corner, would have acted the same way had he known then what he knows now. Similarly, had Yanukovych known what his turning down of the EU Association Agreement would have had, he too probably would have embarked on a different course of action.

Plakhotnyuk therefore has the benefit of the hindsight, since he knows perfectly well what Poroshenko and Yanukovych should have known when they were making their choices concerning Ukraine’s international alignment. With that in mind, in all likelihood Plakhotnyuk will attempt to avoid the worst mistakes made by Poroshenko or Yanukovych, which included underestimating Russia’s power and resolve, greatly overestimating the West’s generosity, and ignoring the possibility of an internal upheaval, by attempting to steer a middle course between Russia and the West, much as Yanukovych has attempted. Plakhotnyuk also benefits from the chastened West’s understanding that color revolutions and Maidans often end badly, especially in countries heavily dependent on trade with Russia. It does not appear likely the EU wants another  Ukraine-like experiment on its periphery, especially given the fragility of the EU member states which border Moldova and Romania’s leaders’ own incentives to try their luck at an armed conflict to improve their political standing by taking advantage of unrest in Moldova and annexing it. Therefore, in the final account, Moldova might well become a prototype for the future final status of Ukraine–a country with a equal level of integration in both Eastern and Western economic integration and security structures, without taking a hard course toward one or other power block.

Plahotnyuk in Moldova for real now is nothing, he is off of parliament, he’s without any function and i dont know why they talk about him now… He’s just a businessmun, like hundred other moldavians, like thousen others european, or like million others humans from Terra.