Ankara has changed its rhetoric on Aleppo and refused to support the US and the ‘opposition allies’ in the city. 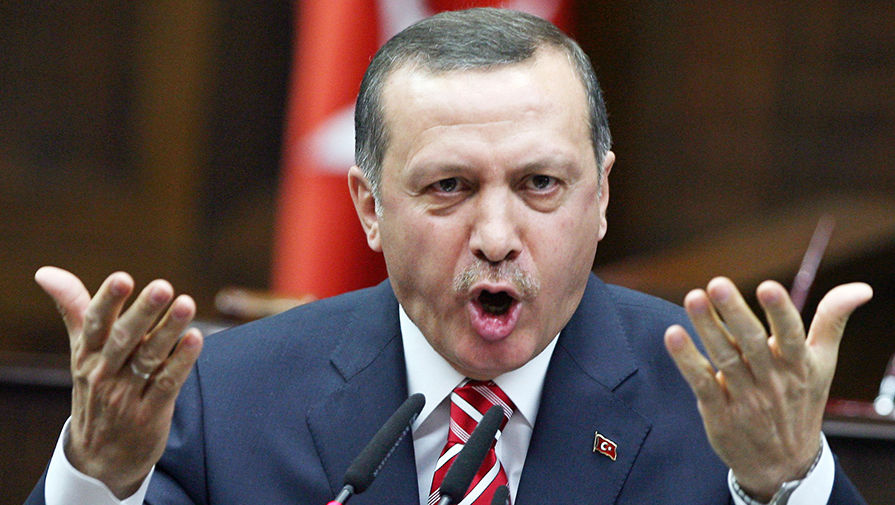 In the past, an opportunity to criticize Syrian President Bashar al-Assad has never been missed by Turkish President Recep Tayyip Erdogan, who called the Syrian leader “a brutal dictator, who kills his own people.” However, today, the Turkish President has significantly reduced its criticism of al-Assad, while most of the international community strongly condemns the operation of the Syrian Army in Aleppo. It is not difficult to understand the true reason for the change of Ankara’s position regarding the Syrian government – Moscow is also involved in operation in the Syrian city of Aleppo and Turkey does not want to spoil relations with Russia.

In latter days, Erdogan practically does not touch on the situation in Aleppo and instead of this prefers to talk at length about the Turkish military’s operation in northern Syria. Evidently, the Turkish leader just does not want to endanger Ankara’s recent reconciliation with Moscow.

The sharp deterioration in relations between the two countries, followed the incident with a Russian fighter jet, downed by Turkey in November 2015, resulted in heavy losses for Ankara in trade and tourism revenues and contracts. In addition, Turkish jets could not fly into Syrian airspace because of risk of a retaliatory strike from Russia, and Moscow began to openly support the Democratic Union Party (PYD) and the Kurdish People’s Protection Units (YPG).

Not being able to continue to bear such sacrifices, in June, Erdogan was forced to apologize to Putin over the incident with the warplane. In addition, pro-government circles have even started to claim that the pilot, who downed the Russian jet, belonged to the Gulenist movement, which is accused of masterminding July’s failed coup attempt. The pilot allegedly acted on instructions, aimed at destabilizing of the Turkish-Russian relations.

Currently, Moscow and Ankara are engaged in a high-level military dialogue, as well as Turkey is trying to break the ice in order to start a “new era in economic ties” with Russia. The renewed contacts allow the country not only to recoup some of its economic losses, but also to regain the military advantages.

As a journalist and political commentator for the Hurriyet newspaper, Fikret Bila, told the Al-Monitor information website, “the reconciliation allowed Turkish forces to enter Syria and to operate in the region from Jarablus to Azaz in the west, and south toward al-Bab, without any objections from Moscow; Turkey in return agreed not to help rebel forces in Aleppo.”

The expert also noted that Turkey’s priorities in Syria have changed. The most important thing for Ankara now is “to secure the region along its borders, and move south toward al-Bab.” For this reason, the Turkish government and media are relatively silent on Assad and events in Aleppo.

Retired Major General Armagan Kuloglu also pointed out that the incident with the Russian fighter jet harmed Turkey’s security interests and allowed the PYD “to gain ground in Syria, after Turkish forces were prevented by Russia from intervening in the region.”

“We say that we support Syria’s territorial integrity in order to prevent threats to our security, but who will secure this? Of course, the Syrian regime. We should not have been so opposed to this regime,” Kuloglu told Al-Monitor.

He also noted that cooperating with Damascus would allow Ankara to get rid of both the Islamic State (IS) terrorist group and the PYD.

Turkey should join the Russia-Iran-Syria Axis, they all share the same interests and goals. I also hope to see the day when Turkey becomes fully anti-Zionist.

I don’t think Syria shares the interest of being part of a wahhabi New Ottoman Empire. Don’t know how you managed to miss that one small fact. xD

When I said they should “join” the axis it would imply that they would drop their Neo-Ottoman ambitions. There’s some hope that after the Coup Erdogan has changed direction. I was hoping he would reverse completely and join the good side.

there was a rumor that the russians help erdogan escaping from his death. i think this is actualy true. erdogan is an opportunist but a very good one. after the failed coup he didn’t take it personal in his political descision making level. ok he will never forget and forgive israel and the US for their attempt and will wait till he has a great chance to pay back, but he hasn’t broke ties with the US. instead he made the US airforce give him a parade in the sky when turkey’s troops entered syria. he really knows how to play. not emotional at all. considering he almost died or had to spend his whole life in prison, that was actualy a very calm reaction. we all talk about the kurds to nice. remember kurds revolted against the syrian government. there were no rebels no IS near the kurds that time but the kurds uprised anyway. they might not care about whether assad stays or not, but the problem is the kurdish agenda. they only have one agenda which is their own country. to have their dream come true, they first need a kurdish federal state inside syria like the one in iraq. this is the very foundation of their indipendent kurdish country. the problem is that this will result a even bigger war. the kurds will have to fight against turkey, syria and iraq. a federal kurdish state in syria will also create the demand of a suni federal state in syria. so syria could be divided what the US would like to see. turkey yes it was one country who supported the IS but with it’s direct influence over the syrian kurds, turkey doen’t have to support IS anymore. because of turkey’s direct intervention, the kurdish expansion stoped, and the danger of anouncing a kurdish federal state by their own has declined. if turkey after taking al bab, continues to operate even deeper inside syria, that will be the sign proving that turkey will probably join the syrian assad alliance to liberate raqqa. erdogan will not allow any more territory for the syrian kurds. so he needs to help assad to take as soon as possible the raqqa province back. they will try to make it before the liberation of mosul. if mosul becomes liberated, syria and it’s allies will face a new threat. 8000 elite US ground troops inside iraq will be ready to concentrate in destabilizing syria. like putin and erdogan, i think we need to be calm and clear. i hate erdogan for what he did to the syrian people and syria. but now syria needs erdogan preventing the kurds from going insane.

Golden rule when dealing with erdoGullum is never ever again believe anything that creeps says, that scumbag is nothing else than an genuine s.o.b. Fool us/me once shame on you, fool us/me twice, shame on me. I really hoped for an while that this rotten scumbag could be descent, but was wrong, horribly wrong.

The Turks just gave the word traitor an new meaning, turncoats, lairs and fakers, and now all that can be packed into an single word, Turks, the scums of this earth.ErdoGullum have single handedly managed to ruin Turkien by him self, I whom always dreamed about going to Turkien, and Istanbul/Constantinople, but now, I swear I will never go there, I dont deal with traitors and scums I have my own country, the land of the mountain monkeys and sheep f….. Norway witch is basically the same people as the thru out rotten to their core Turks. aka Khazarian inbreeds along with the Kurds.

Yeah, the Turks, as the Israelis, should by now know the Imperial banana republic Ameristan is sinking, stacking the deck chairs as they do right now, may impress someone, but to me its The sign of decay, I dont expect it to evaporate to morrow, but within the new few years it will be an 3 world dungeon. aka Dog,eat dog. And I cant understand the continuing pussy footing from the Syrian and the Russian.

There will be an full scale war anyway, dont think I state this for fun, f…. no, I am dead serious, never been more serious, I dont fear for ME, but we have children and their children, right now I look up and sees only the barrels of an cannon, where the wacko Ameristans will fire upon us all, and the “excuse” will come, and of course the blame will be on Russia and/or Syria. And there is as in Norway not an single article that is anywhere near an oposition to the present path, nada, its like North Korean everything is censured, nothing comes out that isnt in synk with the insane Yankees. Nothing other than continuing hyping of the evil Russians, 24/7. I have just ben kicked out of people I thought was fiends, since I told them about the truth. Nope, and on top of it, because I am an Finn, listen Pekka, never, never trust the Sweds and the “norce” scums, never, slavs is our mortal enemy, they almoust wiped the finns out, and now they come for us once again. I have no problems with Russians since its the Yankees that started it all, incl ww2. and ww2, and now ww3.

Well the fact that his forces are not attacking SAA from the north is good, nor is he rushing down to Al Bab is also good , the Yanks would love that. He may be beginning to get clear , that if the US wanted him out, they really are not his friends, and will try to remove him again . Remaining in Iraq when asked to leave is questionable , and leads to the idea he is still just following US or Saudi orders. Good time to align with Russia if he wants to live a long life .