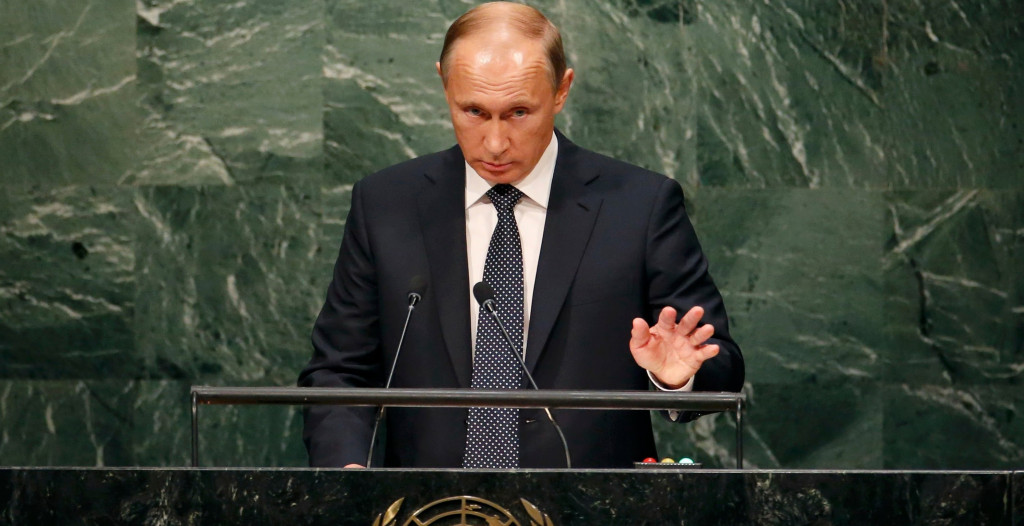 He has called the downing of a Russian jet at the Turkey-Syria border “a stab in the back by the accomplices of terrorists”.

Mr Putin said: “We will analyse everything in detail and today’s tragic events will have significant consequences including for relations between Russia and Turkey.”

He said the aircraft was inside Syrian airspace – 4km from the Turkish border – when it was hit, news agencies report.

Putin said the plane was targeting terrorist targets in the Latakia province of Syria, many of whom came from Russia.

Russia has for a long time been aware of oil going from Syria under the control of terrorists to Turkey, Putin said. The money finances terrorist groups.

“ISIS has big money, hundreds of millions or even billions of dollars, from selling oil. In addition they are protected by the military of an entire nation. One can understand why they are acting so boldly and blatantly. Why they kill people in such atrocious ways. Why they commit terrorist acts across the world, including in the heart of Europe,” the Russian leader said.

Vladimir Putin accused Turkey of allying itself with ISIS, when it shot down the Russian plane and warns: “we will never tolerate such atrocities”.

Mr Putin ended his speech by suggesting Turkey wanted Nato “to serve” ISIS. He earlier described the Turks as “accomplices of terrorists”.

“Instead of contacting us, Turkey went to its partners in Nato to discuss this incident. As if it was us who downed a Turkish plane, and not vice versa. What? They want to make NATO serve ISIS?”

There is absolutely no excuse for Turkey to have shot down a Russian military aircraft. It looks like it was inside Syrian airspace where it crashed, four miles from the Turkish border, but even if it had crossed into Turkish airspace, it never posed any threat to Turkey. Turkey is an Islamic state which is supposed to be a NATO ally also fighting ISIS. This is a clear provocation from Turkey backed by the US which should be strongly denounced. It would amount to the same as Portugal shooting down a Spanish aircraft because it crossed into our airspace. Go Putin!

Russia should further arm the Kurds and support a Kurdish state provide them air support in return for attacking ISIS and should shut down teh ISIS oil sale in next 48 hours. Take their oil and let them rot.

Annihilate all the terrorists Mr. Putin, including the suit and tie terrorists.