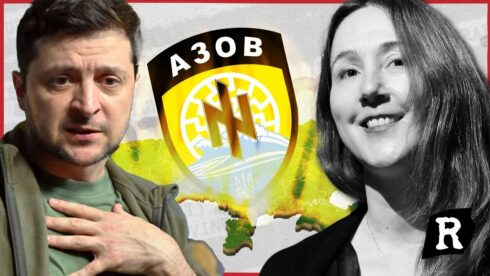 Eva Bartlett is an independent journalist with extensive experience in Syria and in the Gaza Strip, where she lived a cumulative three years (from late 2008 to early 2013). She has also reported from the Donbass and Venezuela. In Gaza, she documented the 2008/9 and 2012 Israeli war crimes and attacks on Gaza while riding in ambulances and reporting from hospitals. Since April 2014, she has visited Syria 15 times, the last times being from March to late September, 2020 and during the presidential elections in May 2021.

In 2017, she was short-listed for the prestigious Martha Gellhorn Prize for Journalism. In March 2017, she was awarded “International Journalism Award for International Reporting” granted by the Mexican Journalists’ Press Club (founded in 1951). She was also the first recipient of the Serena Shim award, an honour shared with many excellent journalists since.

In 2022, she came to Ukraine where she covered the war crimes of the Kiev regime against civilians.

Here is her interview with Clayton Morris in the episode of Redacted Conversations where she told about her coverage of the war in Ukraine.

In August, award-winning journalist Eva Bartlett listed the war crimes that she witnessed in the DPR in her blog HERE:

I haven’t “blogged” consistently for many years, since my Gaza days really, and use this site as a place to re-post my writings and interviews, generally.

Today, because I’m strapped for time, still in the Donetsk People’s Republic, I’m doing a short blog post, to share this:

If you’re not on Twitter, the thread is also here on the Thread Reader

Awww Let me play a song on my tiniest Violin

Z for Victory
Reply to  Beef

screw it in the ass, so you’ll sing better.

Beef
Reply to  Z for Victory

you are thinking about my tight black ass. Pootin cult strangely gay

The only thing you need to play is Russian roulette with a full chamber Nazi boy.

Thankyou Eva, for all your efforts. Western cash cows need to see the atrocities they are funding. Without independent journalism, there is nothing but a state sanctioned wash of propaganda. The good news is that more and more people are tuning in and fading out the MSM. All the best.

Civilians always lose the most due to war. Russia should move back to their original borders and everyone will live in peace and be happy again.

look at this ass clown trying to be peaceful

Ask the over 100,000 dead Ukrainian soldiers who lost the most.

USA is a shithole, EU is becoming one
Reply to  Israel first

“100000 officers” von der Lying said. That would account more for the Ukronazis rate of losses, 1000, 2000 per day (NATO scum included or not?). For each lucky dead there are 3, 5, 6 or more wounded and crippled to be a burden for society. And many civilians slowly killed and left debilitated by cold, lack of Hygiene and proper food.

I respect her and her reports. a brave woman.

Beef
Reply to  Based US Vet

what a brave shill

Based US Vet
Reply to  Beef

and you a “not brave” son of a bitch

Beef
Reply to  Based US Vet

You are not a vet

After the Russians took over early 2022 the Ukrainians Nazis only murdered 12000 more civilians and kids of Donbass the next 8 month, because the Russians again is trying to save 6 million against the Nazis.

True, nacists on ukraine killed – just in Mariupol murdered over 20000. Good is, that now nacists are slowly being pushed back and next year we will see them death.

Keep up the incredible work Eva!!! Looks like l Little Hitler went to Washington and comes out looking like Sad Sack.

No, Hitler is the one starting war. And he is still in Moscow. To Washington travelled Churchill

Churchill was an addict, too. And a sociopath.

If Russia don’t wanna face Nuremberg Number Two they’d better win the war and stop whining like some sad old pussy. Only winner is right, losers are condemned and will be hanged.

All crimes must be punished, on both sides

Your main crime, are your stupidity. It’s also a punishment.

Consistently made over $20,00 in income from home with the benefit of smooth playback and sticky online interest. |F330″ I actually made $18,00 with this perfect home income. Everyone can now without a doubt. … make extra money online by using—— https://ukincome6.blogspot.com/