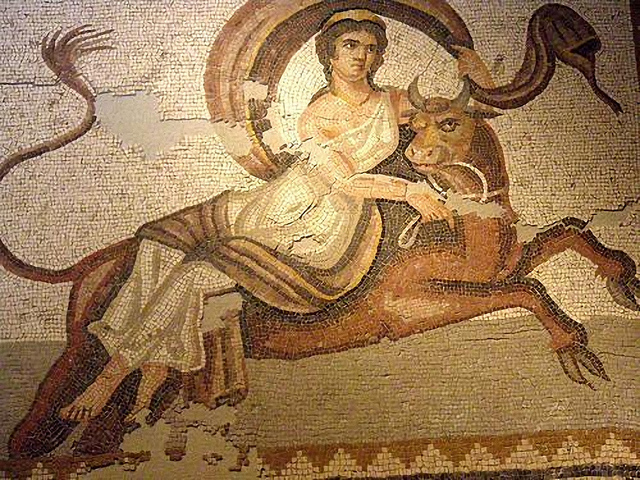 In order to understand correctly the nature of the present crisis we need to make short analysis of situation. I suggest three levels:

Liberal ideology is the source of problem

Ideologically the problem is liberalism as the unique and only ideology imposed on the Europe and the rest of humanity by anglosaxon world. The liberalism affirms only individual identity and prohibits any kind of collective or organic identity. So liberalism step by step refuses religion, nation and gender belongingness in order to set individual completely free from any kind of holism. Gender is the core political problem because the liberals insists on the optional nature of gender, a gender as individual choice (before the struggle was around religion as individual choice or nation as individual choice). The other crucial point is immigration. The liberalism refuses to acknowledge religious or cultural identities as well as gender one: so immigrant is not considered as the bearer of different identity but one numerical atomic individual more. So liberalism destroys any collective identity. Logically liberalism destroys European identity (with so called tolerance and human rights theories). Together with intensive destruction of sexual identity it accelerates the end of society as such. The end of Europe is granted by the very fact of acceptance the liberalism as mainstream ideology.

The last step in developing liberalism will be negate human identity as collective one. So welcome to trans-humanism. That is liberal agenda for tomorrow.

The liberalism is nihilist ideology. It insists on the liberty from any kind of collective identity but never suggests something positive. In the past competing wit the totalitarian ideologies – communism or fascism – the liberalism was concrete and attractive because he negated the concrete totalitarianism positing itself as alternative. It was alternative really. But when the totalitarianisms were overcome the nihilistic nature of liberalism is revealed. It can only negate. It cannot affirm nothing. It is not the ideology of positive freedom, It is ideology of negative liberty. Yesterday it wasn’t so explicit. Now it is.

What can we oppose to liberalism? In XX century there were two options: communism (socialism) and fascism. Both failed historically – politically, philosophically, military, economically. They exist now as simulacra. They are or hyper marginal or are manipulated by liberalism: hence liberal-communism of post-modernist, anarchists and trotskistes or liberal-fascists serving to the liberals to promote their cause exactly as Islamic fundamentalism is used as weapon of USA. So my idea to oppose to liberalism (first political theory) not second political theory (Marxism), nor third (fascism), but fourth. I have developed this idea in book The Fourth Political Theory translated in many languages – in German as well. We need combat liberalism, refusing and deconstructing it totally. In the same time we need to do so not in the name of the class (as in Marxism) or in the name of nation or race (as in fascism) but in the name of organic unity of People, social justice and real democracy. Liberals interpret the democracy as the rule of minorities. We need to restore the original meaning of the term: the democracy is the rule of the majority, of organic majority, majority sharing common identity – that is the rule of the People as the historic and cultural unity.

Economically the problem is in financial capitalism pretending to overcome real sector of industry in favour of financial markets technology. Such capitalism is monopolistic and creates bubbles instead of the development of the economic infrastructure. Such economy is based on the financial speculations (of G.Soros type) and cherishes the illusion of the infinite growth. That contradicts the reality check. The middle class is not growing any more. The growth of the financial markets doesn’t correspond to the growth of the real sector. Putting all the attention to financial institutions promoting the delocalization of the real sector to the Third World countries in the course of the globalization is the way to the abyss. The first waves of the crisis have already passed but new waves will be here soon. The economic collapse of the Southern European countries as Greece and in the near future Italy and Spain is only visible peak of the immense catastrophe. The European unity is based on the full acceptance of the financial capitalism logistic. Only Germany struggles now in order to keep the economy in touch with the industrial realities refusing embark on the train into the nothing. That is the reason od anti-German hysterics in Europe and in USA. German economy is may be last real economy, the rest is already virtual economy.

So we need to reconstruct Europe on alternative economic basis.

The infinite growth is but liberal illusion. The fall of the middle class is the severe reality. The way out of this is complete revision of the myths of the financial capitalism.

Geopolitically Europe is today atlanticist entity. The geopolitics imagined by Englishman Sir H. Mackinder declares that there are two type of civilizations – the civilization of the Sea (Seapower) and the civilization of the Land (Landpower). They are constructed on the opposite systems of values. Seapower is purely merchant, modernist and materialist. The Landpower is traditionalists, spiritual and heroic. That dualism corresponds to the pair of Werner Sombart concept – Händlres and Helden. Modern European society is fully integrated in the civilization of Sea. That is manifested in the North-American strategic hegemony and in the NATO.

So there is a need to change the situation and to restore the Landpower strategy based on the real European sovereignty. Instead of atlanticism Europe need to become continental strategic power.

If we summerize the points we can logically deduce where we are in the European-Russia relations.

·      economically trying to free itself from the dictatorship of the World Bank and WMF,

That is the reason why Russia is under attack – in Ukraine, in Moscow, everywhere. The recent killing of the liberal Boris Nemstsov was provocation that serves to demonize Russia more and more in the eyes of the West. The liberals, global financial oligarchy and atlanticists (US and the financial elite) try to provoke hostility between Russa and Europe, as well as they try to save their shaking rule promoting ethnic conflicts. The war in Ukraine is the first step in series of the ethnic conflicts on the European soil. The global liberal elite plans the ethnic war not only in Ukraine or Russia but in Germany, France, Eastern Europe and elsewhere. The liberal Empire tries to save their hegemony falling apart dividing us.

We need to resist in order to construct better Europe, the really European Europe. And in such situation Russia is the friend and USA is the enemy. We have to work on Russian-European alliance not because Europeans love Russia or Russian love Europeans. The reason is different we need to be together in order to save each one of us in front of the danger that menaces all.

Although the author is, I suppose Russian, quite objectively written and highly accurate At the end of the story, Russia will save Europe…..again …..I hope. Greetings from Croatia

How will Russia do that? Russia is totally alone in EU against everyone and can stay barely alive on herself. Eu needs to grow some balls and sort their disgusting governments out, but there are just to many people, that are still brainwashed. So everything will keep going on just like that! I recommend you to read Mrs Merkels favorite book. I dont know if its available in english, but its called ‘Dialoge Zukunft – Visionen 2050’. I thought ‘Mein Kampf’ is terrifying but that shit is just disgusting…Eu’s total downfall! Just some little examples: words like ‘migrants’ ‘refugee’ wont exist anymore, cause EVERYONE in EU will have a migrant background! There will be NO marriage in the future, because they will support having an total open relationship with everyone… These are just small examples…

Simply….Be the change you wish to see in the world.

Alexander Dugin is correct in most instances but his refusal to not only name the Jew (Who is responsible for all the problems he alludes to) but go out of his way to defend them and their lies creates doubt in my mind about his sincerity. If Dugin was a real scholar he’d know the Judeo-Masonic role in creating the modern order in the West. It is one thing to not name the Jew because of political correctness, it is another thing entirely to defend their terrorism and World domination agenda which the illegitimate terrorist state of Israel is one manifestation of.