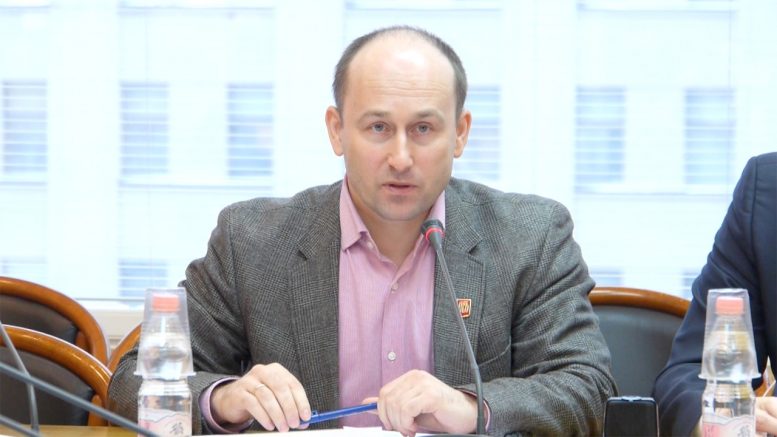 What is the nowadays terrorism needed for?

There are several important points that you need to properly evaluate in order to understand the prevailing situation in the world.

1. In today’s world there is no clash of civilizations between East and West, or Christianity and Islam, but there are activities to foment such a conflict. There is a desire of the Western civilization to weaken all other civilizational projects (Russia, China, etc.).
2. There is no “coalition” in which the “civilized world” is fighting against some a kind of “international terrorism.”
3. There is no “global terrorism”

So what is it then?

There is a way that the US and its closest allies are using to maintain its dominant position. There is a tool that the US uses to weaken competitors. They use it even on those who are formally their allies (like Europe). This method is – the implementation of a variety of acts of terrorism. That is – terrorism. But this terrorism not only does not exist by itself, but it is as well funded, prepared, and controlled in order to maintain the US dominance.

However, over the past couple of centuries, terror, as a means of political influence on the state, has undergone major changes. If a hundred years ago, terrorists have set themselves the goal to impact on the government of any country, change its actions (policy), now with the help of terrorism no one is trying to “correct” the policy of a country. Along with the change of tactics and methods of warfare in the nuclear age, the tactics of using the terrorists have also changed.

Now the main thing is not the pressure on the country’s leadership.

The main objective of the terrorist attacks today is to show the incapacity of the authorities of any particular country.

A truck crashed into a Christmas fair in Berlin. The incapacity of the German authorities is there. The Germans are trying to change the situation and demonstrate the viability of the state. Then it turns a little awkward. The German police spent two days out to declare “wanted” the man who forgot his documents in the cabin of the truck! Then the assigned criminal is killed when checking documents in Milan. The crime is quickly solved and the perpetrator has already suffered punishment! It seems that in order to restore their reputation and demonstrate its viability, the German intelligence services were looking for someone to “assign” the role of a terrorist and whose documents “to find” under the seat of the truck. Hence the pause in two days …

Let us return to the issues that were raised at the beginning.

1. Today, there is no conflict between Islam and Christianity.
There is an attempt to create it in the geopolitical interests, but in reality it does not exist. In Europe,the one million “refugees” that were brought painstakingly create tension, but at the same time there are no conflicts and fault lines Islam-Christianity in the US. The conflict goes exactly at the point where it has to go to justify terrorist activities, showing the incapacity of the European authorities. The ground for the conflict can be all over the world, but it goes in the “strictly designated areas”: in Europe and the Middle East.
There are attempts to kindle it in Russia. But it is artificial everywhere. In our country there have never been religious conflicts. Neither in the Russian Empire or the Soviet Union. People has always lived in peace, married each other, respected the faith and customs of each other.
In Europe, there was no conflict between Muslims and Christians, too, because of the absence of the first in a large numbers. And now the European authorities “suddenly” introduced into Europe about 1.5 million people, almost exclusively from Muslim countries. The explanations are like a baby talk: There is a war in Syria. But then why hundreds of thousands of Afghans, Pakistanis, Algerians and Tunisians have come to Europe? And exactly now, without any documents.
And what is interesting – no one is deported back?
Anyone who has received a visa to Europe knows that it is very similar to mockery – heavy requirements, commissioning “fingers”, the procedure is not a pleasant one. This is on one hand. And on the other – a million people without any documents.
How to explain this? The United States put pressure on Europe, force them to accept the “refugees”, who will then commit the terrorist attacks. Europe weakened, the incapacity of the European authorities is obvious. Who can protect the “civilized world” with such apparent weakness of the European institutions? Washington only.

2. Since terrorism is a means of implementing US policy and Washington’s objectives, it is clear that the US will not fight against terrorism so as to eradicate it once and for all.
The will fight it – or rather, simulate a fight. It is exactly what we see in Syria. There is the US-led coalition, and results of their fight – none.
Two years – down the drain.
Then Russia appears and breaks the course of action, ISIS and other instruments of US policy retreat, suffering damage and destruction.
What is the reaction of the US? Sticks in the wheel. Constant tantrums that Aerospace forces bomb wrong. Although the liberation of Aleppo is a fact, yet the “coalition” can’t liberate Mosul in Iraq.
We must not forget that in the fight of Russia against terrorism, the US are … on the side of the terrorists.

The global terrorism is a beautiful concept, for which there is no specific meaning. Terror is a tool. For the war in the information sphere. Scary, but effective. And as you know, to ride a horse, you have to feed it hay and oats.

Fighting in Syria goes by the same rules. Remember the large-scale attacks at the beginning of the chaos in Syria? Car bomb explosions with a large number of civil victims. Why they were then, and why they are not now? Because two or three years ago, they were given the opportunity to show the incapacity of the authorities Assad. The conclusion of which is the need to change his government. Now there is a tough war, where killing 20 more civilians in Damascus will not give anything in terms of information. Because the capability of Assad has been confirmed in Syria with a help from Russia. And by taking Palmyra and Aleppo.

Who opposed Assad? Who insisted that “Assad must go”? Washington.
Victory of the Syrian authorities have:

Such an angle of view will help us understand the events taking place in Syria. Saving Bashar al-Assad in power is the complete incapacity of the United States who were not able to push their vision in Syria, and thus in the region. And that means in the world, because the United States is the main superpower. Washington can’t allow the fixing of the fact of their disability. And they act with the hands of the terrorists. After all, their success is the incapacity of Assad and Russia.

Just before the final liberation of Aleppo from terrorists, they strike – the terrorists again seized Palmyra. Why is it necessary from a military point of view? But it’s not about the military component. The US really need to show the incapacity of Russia. The operation of taking the city by the Syrians and the concert where the orchestra of Gergiev performed is not only a military success, but also a powerful statement of our capacity. The war is in the sphere of information. Therefore retaliation strike hits there by the hands of terrorists. The murder of the Russian ambassador in Turkey is also an attempt to declare the incapacity of the Russian authorities.

Any act that is in the field of information that “shouts” about the alleged weakness of Russia, is “proof” of the incapacity of the Russian authorities. Giving points in their favor of our American “partners.” It is not only the death of the serviceman of the Russian army in Syria, not only our downed helicopter.

It is also the murder of the Russian ambassador. And our military plane crash in Sochi, that flew to Syria.

Our main task – to thoroughly understand these tragic situations. Determine the main thing – is it really “laid card” or the one who receives information benefits, who wants to increase their efficiency, by reducing ours, has put some effort?

So that tragedies were the tragedies.

Obama: “We occasionally have to twist the arms of countries that wouldn’t do what we need them to do”.”When problems happen, they don’t call Beijing. They don’t call Moscow. They call us”. “My administration is very aggressive and internationalist in wading in with rubber boots size XXXL and trying to solve problems.” We have reach a point where sick sick Western office academics dont have any material goals but base their decisions on fluffy “leverage” or “influence” measures only, that can make them “feel media important” anywhere and on any occasion.