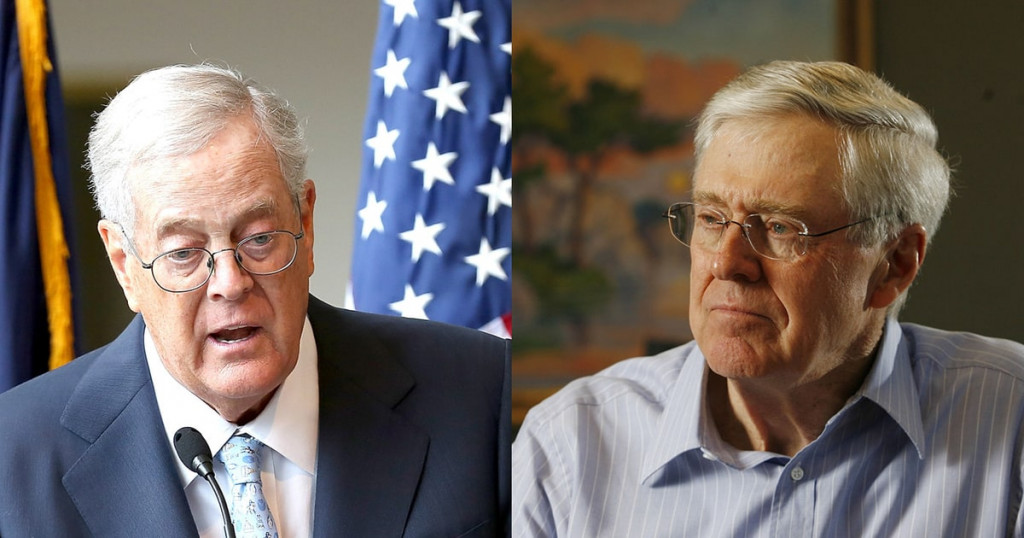 The degree of malice against Trump in the American society is such that sometimes it seems that absolutely no one stands behind him and America is steps away from a “color revolution”. This is not true; otherwise Trump would have never reached the summit of power. The demarcation line already emerged: anti-Trump passions are stimulated mainly by the American information giants closely associated with the virtual economy and the IT community. Trump intends to realize a change in the technological paradigm in favor of the real sector, thus promising at best, a significant reduction of their socio-economic status.

Many owners of leading US media got annoyed because Trump succeeded without their support, focusing on communicating with voters through social networks. Apart from this, he proved that the shift to the real sector and the use of the latest technology do not contradict each other. For now, it is still difficult to reveal even the largest players in the unfolding American confrontation between “real” and “virtual”, but some figures from Trump’s camp deserve special attention. They are rarely mentioned but not last in position; the Koch brothers, for example.

Charles and David Koch are co-owners of the largest private company worldwide – the Koch Industries, employing 100,000 people. The shares of the two brothers in the company are valued at 94.2 billion dollars. They have been for a long time one of the main donors to the conservative wing of the Republican Party. The field of activity of the  Koch brothers covers oil processing, manufacture and servicing of equipment for the oil industry, the operation of pipeline networks, wood processing, production of electronic components for these and other industries. As a team, the brothers exceed Bill Gates’ wealth, whose fortune is estimated at 87.4 billion dollars (84.2 to January this year, author’s note). The confrontation between the Koch brothers and Bill Gates in a sense reflects the main economic struggle in modern America: between the real and the virtual sector. The sharpness of this confrontation determined the heated political passions that appeared on the surface. It is sufficient to say that according to The New York Times, financial-industrial groups associated with the Koch brothers were planning to spend $ 900 million for the elections in 2016! So high were the stakes in the recent and perhaps most challenging for America presidential campaign.

To call Trump a protégé of the Koch brothers, however, would be incorrect. Although he is significantly inferior to the size of their fortune, (his fortune is estimated at $ 4.5 billion), he is rather their partner and ally. Business interests in real estate and construction, personified in Trump, also belong to the sphere of the real economy. And people placed in the team of the president directly by the Koch brothers are more than enough. Most prominent is the vice president, Mike Pence, who during the election campaign was openly supported by one of the closest advisers to the Koch brothers: Tim Phillips, the President of the founded and funded by them organization, “Americans for Prosperity” (AFP). Pence was the guest of honor of the organized by the brothers political- fund-raising event, conducted in August 2016, in Colorado. Mark Short, assistant at Koch Industries, became a public relations adviser. As governor of Indiana, Pence has repeatedly met with Charles and David Koch; he also attended the meetings of the Board of Directors of AFP and he has thanked them for their support.

Clearly, the Koch brothers “authorized” the new CIA director, Mike Pompei. At one stage, he was the Chairman of the Board of Trustees of the Kansas Policy Institute, a think tank of the Koch brothers, located in the hometown of Pompei, Wichita, where the headquarters of Koch Industries is located. The campaign, leading to the election of Pompei  in the House of Representatives in 2010, was funded mainly by the Koch brothers. Head of election headquarters during the campaign was a former lawyer of Koch Industries, and the future CIA director was supported by the same organization, “Americans for Prosperity”, closely linked to the Tea Party.

By itself, the organization which originally bore the ambiguous name “Citizens for a healthy economy” is one of the leading conservative movements in the United States and has over 2.3 million members. Aside from the Koch brothers, it was financed by such giants as ExxonMobil, Phillip Morris, General Electric and others. AFP advocates for freedom of entrepreneurship and decrease in taxes and government spending.

Considering the fact that the business of the Koch brothers is one of the main polluters in the US, it is not surprising that AFP actively opposes all possible theories of the “green.” The first President of the AFP was Congressman Ron Paul, known for his statements in support of the development of cooperation with Russia. In recent interviews, Paul welcomed the determination of Trump to follow this path, but doubts that the “shadow government” will allow him to do so. Much, however, depends on how the new team of Trump will work.

We must say that the Koch family has their own history of relations with Russia. Company founder, Fred Koch, who is the father of the brothers, built in the USSR 15 cracking processing plants for Soviet oil in the period from 1929 to 1932, when many of his colleagues in business refused to work in this market. Fred Koch did not give up cooperation with the Soviet Union, although he is a consistent anti-communist and a member of the “John Birch Society” (a conservative group, supporting anti-communism and limited government power-author’s note). Common sense tells him that political systems change, but peoples and economic foundations of their life remain. It is also interesting that the Koch brothers, who are the biggest petrol refiners in America, like the oil extractors have always considered the expensive oil more lucrative for themselves and actively played to raise its quotes. This is not a bad news for Russia.

The appearance of unexpected figures in important political posts, in the team of Trump, and particularly the former chairman of the board of directors and CEO of ExxonMobil, Rex Tillerson, obviously should be seen primarily not as a gesture in one direction or another but through the prism of relations in the new administration. The position “Secretary of State” is considered the fourth most important in the state hierarchy of the United States. Placing Tillerson at the position, Trump creates a certain counterbalance to the noticeable presence of people of the Koch brothers in their environment, but one who would not cause their irritation because they are dependent on the oil sector. With his position in the business community, by definition, Tillerson cannot be a protégé of the brothers. And he, like Trump, appears to be their partner and ally.

By attracting major figures from the business world in the new administration, the new US president is guided primarily by their orientation towards the development of the real sector of the economy. Among the financiers, for example, are Goldman Sacks representatives, oriented to the greatest extent to investment activity of all financial conglomerates. Allegations frequented in the US media that the president’s team lacks cohesion and professionalism hardly correspond to reality. Trump quite properly implemented in his team the necessary “checks and balances” (foundational system for separation of powers, author’s note) to ensure coordination of the work. And most importantly – he assembled a team of associates in key issues: both economics and politics must be based on common sense. Based on this only he will have a chance to make America “great again”.

‘Considering the fact that the business of the Koch brothers is one of the main pollutants in the US’ Although I fully agree with you LOL, I think you mean ‘polluters’.

Yes, the Modern facility on I-37 near Corpus Christi comes to mind. I am assuming the Baku and Astrakhan facilities are covered in the 1929-32 timeframe.

Thank you for the feedack. Changed.

An interesting article. I am assuming that the Koch Brothers are not supportive of Soros and his ambitions, which sounds perfect?