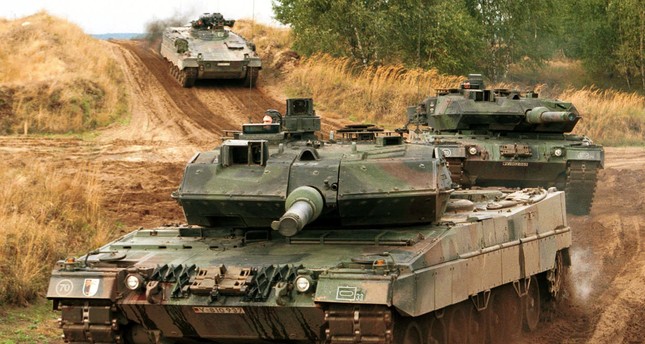 The Munich Security Conference report was released on February 17th and contains various overviews of what was discussed at the event, as well as various graphs presenting some actual or hypothetical scenarios.

The entire report can be found here [pdf].

Based on various sourced of open data, the scenario below is a hypothetical situation of the US leaving NATO, and then tensions between Russia on one side, and NATO members Lithuania and Poland on the other escalating into a war.

This immediately results in Russia occupying the entire of Lithuania, and seizes a part of Polish territory, thus Article 5 is invoked.

The graphs below provide how much military power the EU would need, compared to the one it has as of 2019. The gap between the required and present military capability is also provided. 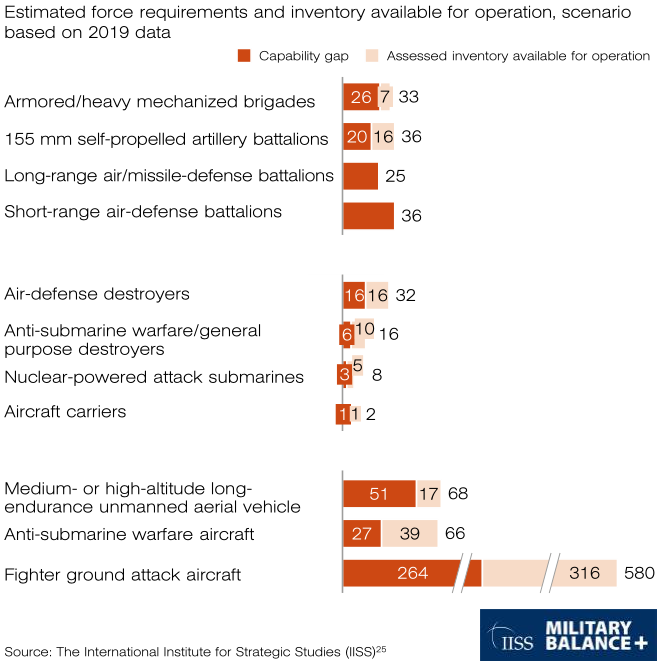 And regardless of the missing capabilities, EU citizens have voted that it would actually be more beneficial to have a common defense and security policy among the EU member states, largely independent (or entirely) from the US. 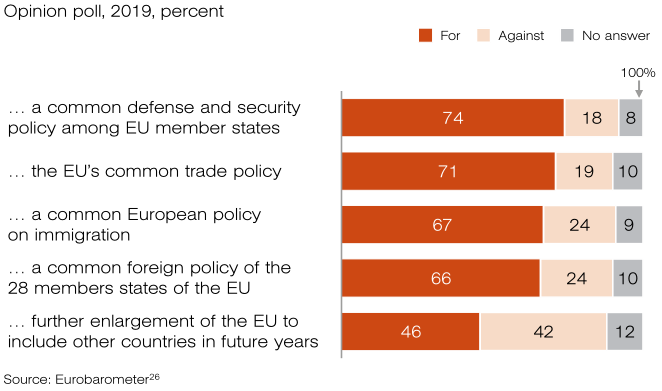 There is no one way to turn this into reality, but work is being carried out in that regard.

Currently, as per the report there is little coordination, and French President Emmanuel Macron’s claim that NATO is in “brain death” are some cause of concern.

The lack of coordination and fundamental differences over Europe’s strategic direction between France and Germany, the duo that was supposed to spearhead the empowerment project, certainly has not helped: after a promising restart in Franco-German relations, disagreement has been especially pronounced on EU enlargement to the Western Balkans, which France recently blocked with a veto, on the right approach toward Russia, and on Europe’s relations with NATO.

While Macron fears that it will weaken the EU if the Union is not deepened before new members accede, Chancellor Angela Merkel is more concerned about other powers exploiting the void the EU leaves to its East. Similar frictions emerged after Macron depicted NATO as braindead, leaving Germany – and Eastern EU member states – alarmed that France wants to strengthen the EU at the expense of transatlantic relations. For now, competing visions of Europe’s place in the world frustrate efforts to build a more competitive Europe.

These hypothetical scenarios are all good and well, but they all assume that with the US out of the picture to attempt and pull the strings on the “fight” against Russia, such a scenario would even take place and that Moscow has any interest in occupying Lithuania and Poland.

Or that Washington would give up on its interests and allow the EU to mind its own business.

europe is not hankering for a war with russia – only the more than dumb morons from washington dc are (and dumber than dumb stoltenberg of course) so the europeans don’t realy miss an awful lot in terms of weaponry but they miss a lot of backbone when it comes to the stupid americans – they need to do something about that.

This analysis is relevant. There is no chance of Russia attacked Europe, but there are scenarios where Europe would attack Russia if it had the military capacity. The only European countries that are itching for escalation with Russia are the UK, the others, like the polish, finish, Lithuanian, Norwegian, Swedish do a lot of bark, have have to much to lose in an event of an actual war, as they would likely be overrun, and radioactive within hours. There is no real risk of war between Russia and Europe. There are some who will say, Russia being anything by dormant on its border is some form of aggressive tendency, but the truth is that Russia is no different from any other country in the world, and will act militarily to protect its interest on their border. Russia has gone further under Putin and demonstrated that they will use active participation against countries who threaten their allies in the theater of operations. Russia had avoided military conflict with the United States. This is necessary to prevent the end of the world.

Another poll, polls means nothing, actions do. Polls does not represent the action: just because x amount is for a thing, it doesn mean that when they need to act and actually do what they said, that they will do it.

Polls are free, can be manipulated and doesn cost anything, actions do, and thats why politicians love them. And without knowing the questions and the information that decided the answers, the results are borderlining worthless. And believe me, those who made those polls, knew those asked, therefore the results was already made, they just needed someone “to blame” for the results.

Thats my two cents on polls.

EU didn’t take into consideration that Russia doesn’t want Poland, Lithuania or any other state and if that is the case then the EU/NATO are just wasting their money but if they attack Russia then those NATO states are not worth having for the next 1000 years.

I’m struggling to see what Poland, Lithuania, Estonia and Latvia offer the Eu, that the Eu (i.e Franco-Germany) should continue on with economic hostilities and self-imposed business castration with regards Eu-Russia political and trade relations? (particularly now Brexit (UK being a dogged Russophobic cheerleader) has occurred)

These sanctions against Russia are obsolete, they are useless and only restrict trade. Doesnt Poland especially suffer from the counter sanctions on agrar-products, set in place by Russia? Russia is out neighbour, it will allways be, and we share more than history with Russia. edit:-out +our

To give an insight into the military readiness of one of NATOs biggest economies. Germany and the Bundeswehr. A complete administrative and political failure. Laughable.

Submarines – sometimes none Frigattes – about 70%