These capabilities of the Russian army are allowed by the SITREP technology which among other things has a specialized computer subsystem that operationally uses also atmospheric forces. This system is using data from the navigation system GLONASS and constantly compares the positions of the aircraft and the targets. At the same time it takes into account the indicators such as pressure, humidity, wind speed, the speed of flight, as well as other factors that are important for fire control, reveals the Austrian paper. 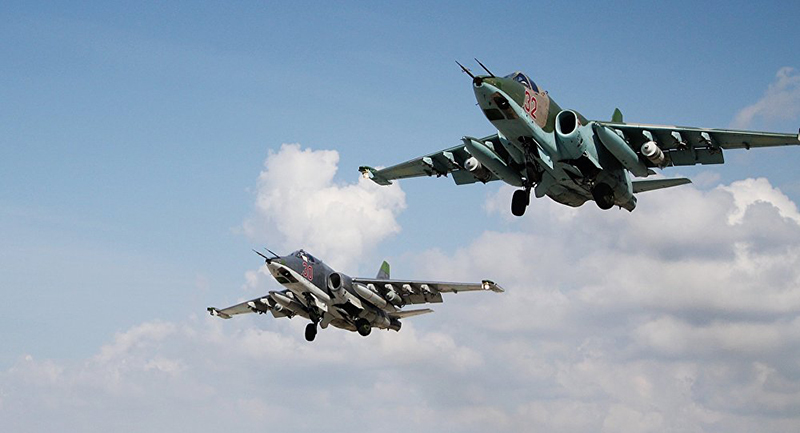 Thanks to continuous modernization, the Russian Armed Forces have gained a clear advantage, said one of the key NATO General Hans-Lothar Domröse. This became possible thanks to the Russian electronics and engineering skills, emphasizes the Austrian paper Contra Magazine.

As stated, the armed forces of NATO were on the contrary decreased by 25 percent in the last 25 years. In order to re-establish the balance of power, Domröse advised to begin negotiations on disarmament between NATO and Russia.

As stated the Contra Magazine, Western countries are astonished on great precision of Russian air strikes. In addition to the bombers Su-24 which entered into service in 1974, Russia used cruise missiles, launching them from the Caspian Sea.

Participation in combat operations of this kind is only possible thanks to modern electrical engineering and numerous Russian experts, explains the magazine.

Austrian Contra magazine explains that SITREP technology which among other things has a specialized computer subsystem while in combat uses also the atmospheric forces. This system is using data from GLONASS and constantly compares the position of the airplane and the targets.

At the same time it takes into account indicators such as pressure, humidity, wind speed, the speed of flight, as well as other factors that are important for fire control, reveals the Austrian newspaper.

On the basis of these data, SVP-24 (a specialized computer subsystem) calculates the trajectory, speed and altitude, and sets the appropriate parameters, and then the bomb thrown automatically and accurately hits the target, explains the author of the article. In addition, there can also be data on ground locations and movements in the system, including the locations of other planes, said Contra Magazine.

At the same time Russia continues to refine its military technique, emphasizes the author. For example, the Russian multipurpose fighter of the fifth generation PAK FA (T-50) will be equipped with a “futuristic radar,” said the Austrian paper.

In April 2014 Russian bomber Su-24, equipped with the most modern systems for electronic combat shocked the Americans, states the magazine.

Then that same plane paralyzed the super modern American management system missile destroyer “Donald Cook” in the Black Sea. After this incident 27 members of the crew requested a discharge from the army.

While NATO and in particular the United States invest in total control which is associated with huge costs, Russia is trying to use their technical capabilities in a way that minimizes costs, says Contra Magazine.

Let´s recall, according to Domröse, “Russia has, since Putin became president, so much invested that the Russian armed forces are now modern, flexible and combat capable. And among other things they are strong also in quantitative expression”.