In the Nov.25 artcile “Russia bombards Syrian rebels near site of downed Russian jet”, Reuters confirmed that terrorists are present in the area where the Russian bomber was shot down.

We are sure that “al Qaeda’s Nusra Front” can’t represent a “moderate Syrian opposition”.

This runs theU.S. claims that Russia was bombing “moderate” groups near the Turkish border. 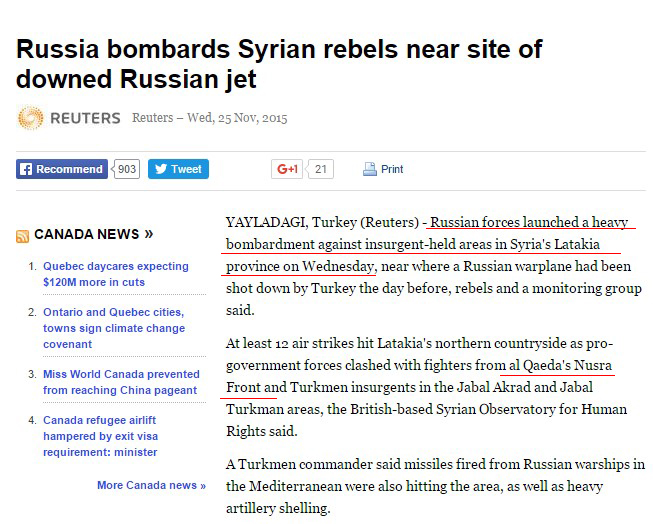