Leaders of former rebels in the western Daraa countryside accepted a new reconciliation agreement that was offered by Damascus, the al-Watan newspaper reported.

According to the Syrian daily, the leaders submitted to Damascus’s demands and singed the agreement on February 8. A day later the agreement was put into action.

One of the main demands of Damascus was fulfilled as six infamous militants, who were behind a number of attacks on government forces, were expelled to the northwestern region of Greater Idlib.

“People need safety and security in order to carry on with their daily lives and work, students want to go to schools and thus life will return to normal,” Secretary of the Daraa branch of the Baath Party, Hussein Al-Rifai, told al-Watan. “There are no obstacles to the settlement.”

A Syrian security source told the newspaper, that former rebels in western Daraa will hand over their remaining heavy weapons under the agreement. The former rebels will also withdraw from government buildings in the town of Tafas, their main stronghold.

In order to facilitate the new reconciliation agreement, Damascus released from prions more than 60 former rebels from western Daraa.

Now, units from the Syrian Arab Army and security forces will be deployed around the towns of al-Yadudah, Muzayrib and Tafas. A combing operation will be carried out there.

Last month, Damascus deployed a large strike force in Daraa and threatened local leaders in the western countryside with ground and aerial operations if they do not fulfill its demands. The demands are meant to stabilize the region.

The new reconciliation agreement will likely allow to improve the security situation in western Daraa, especially in Tafas. However, the agreement ignores the threat of terrorist cells, which are still active in the region.

This is excellent news for all the people concerned.

There will have to be a reckoning for all the jewhadis in Idlib though.
That day will come when the time is right.

Just Me
Reply to  FlorianGeyer

They did not have much choice as the Axis of Resistance has Daraa and most of southern Syria totally under control. They would have been flattened. 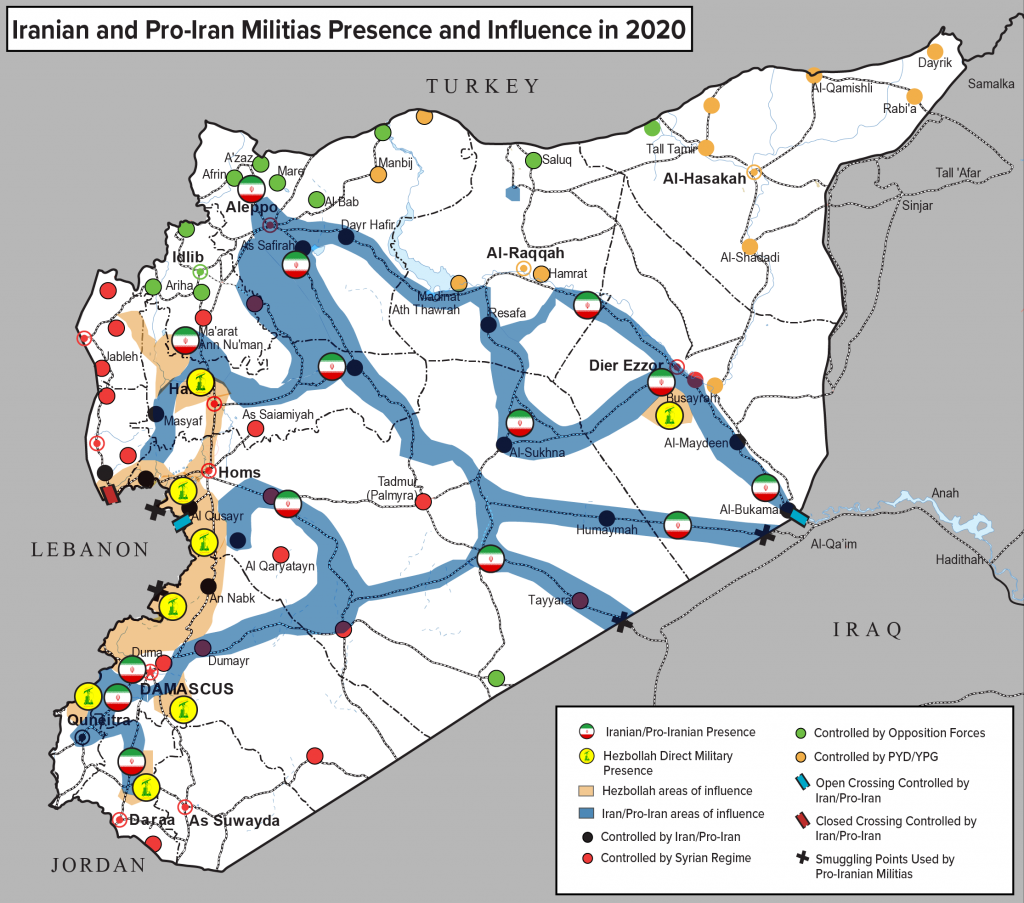 While Russia does better in the north keeping the Turk-led terrorists from taking over more territories of Syria, it would be best to expand Iran’s presence in the south of Syria.

Russia is the only country where denial of the Holohoax is denial of the Great Patriotic War, and with US/ISIS in al-Tanf and terrorist Ziojew invaders in the Golan Heights, things in Daraa can devolve into chaos right away and Putin’s pipeline diplomacy with the Ziocorporate terrorists of EU/NATO requires not pandering too much to Iran’s need for a Tehran-Beirut corridor to ensure Iranian security.

I wouldn’t trust anyone who had been fighting with the terrorists,just keep your eye on them.

I don think thats the point. Its more then You cant kille all.

None killed all Nazis as well. Did they. Stalin and Friends wasnt killed as well.

Still, the point of Cromwell is logical. There could be future spies and insurgents between their ranks. Still better to reconciliate with the legal government than end up dead playing U.S criminal games.

Unknown military group infiltrated Al-Tanf and selectively executed all US forces there. Fleeing helicopters were shot down along with NATO fighter jets hurrying to aid US forces in the area. The only ones left breathing in the camp are the Refugees.
FUKUS is angrily looking for the perpetrators. Al-Tanf is already occupied by SAA forces, who claim they need to secure the location after the disaster.

That’s the news I expect to read in the future.

Take good care of Your health. You have to be at least 200 years before anything like that happens.

At that time all there speak chinese and ar whipped by them to at least support themself.

You have a thing about whipping Jens . Is it self flagellation or would you like to come round and I will chain you to the wall and whip you at my leisure .

Syrian forces getting closer to the Golan heights and having a flanking position just north of Jordanian border. Once the area around Golan heights is sanitized, Israel will not have any proxies in the area. The Syrian troops involved are part of the 4th armored division which are heavily influenced by Iranian advisers.

Yeerrh. Soon they will win WW2 as well…

They should say submitted to some of their demands and refused others, and also added the Government made some concessions too.

“The Daraa district had reached a final agreement with the Assad regime, yesterday, Monday, to deliver 4 pieces of medium weapons, which consisted of a “mortar”, “14.5 anti-aircraft” and “two RPG launchers”. These weapons appeared in the tribal dispute that took place in Medina Tafas, about a month ago, in addition to allowing the Fourth Division militia to search some southern farms in the city of Tafas tomorrow, in the presence of the people of the region, and to reactivate the police district in Tafas and 3 government headquarters, such as the agricultural and cement building in the city.
With regard to the displacement clause, the Central Committee informed the Assad regime’s officers and the Russian delegation that it does not accept the delivery of any wanted person to the regime, and that it does not force anyone to go out towards northern Syria, and it does not prevent anyone from leaving the north if he wanted to.”

“Today, Monday, February 8, the Assad regime released 60 detainees from Daraa governorate, including two women, and the released ones were released from the Daraa governorate hall, in the presence of the governor and security leaders, most notably Major General Hussam Luqa, head of the regime’s security committee”.

So the Government got,
4 pieces of medium weapons,
They’re allowed to search some southern farms in the city of Tafas tomorrow, in the presence of the people of the region,
And allowed to reactivate the police district in Tafas, and 3 government headquarters such as the agricultural and cement building in the city.

But the opposition committee managed to get the release of 60 detainees they’ve been protesting about for the last 3 months,
And they’ve refused to hand over the 6 wanted men and said they won’t even force them to leave.
So I don’t think this will be the end of it, and according to this article,

“The source indicated that the Russian representative who attended the meeting called on the attendees to new negotiations and an attempt to reach an agreement without military operations in the region.
The Russian rejection of military operations and controlling the area by force of arms, pushed Hezbollah and Iranian cells to intensify assassinations during the past few days, and these cells managed to kill a leader in Daraa camp, and another in the town of Al-Muzayrib in the western countryside of Daraa, which means that these operations will witness a remarkable increase in The coming days and weeks, with the Iranian side’s insistence on controlling the region and the Russian refusal to conduct military operations in it”.

So this is just a de escalation, not a solution, nothings completely resolved yet.
But the Government did manage to get a better result with the Druze community in As Suwayda, the new reconciliation agreement they made there seems to have more support from all parties, it may be a workable solution but not enough details have been released yet to know for sure, time will tell.