Reports on the Syrian humanitarian situation, published in the West, have been criticized by the Russian Defense Ministry. 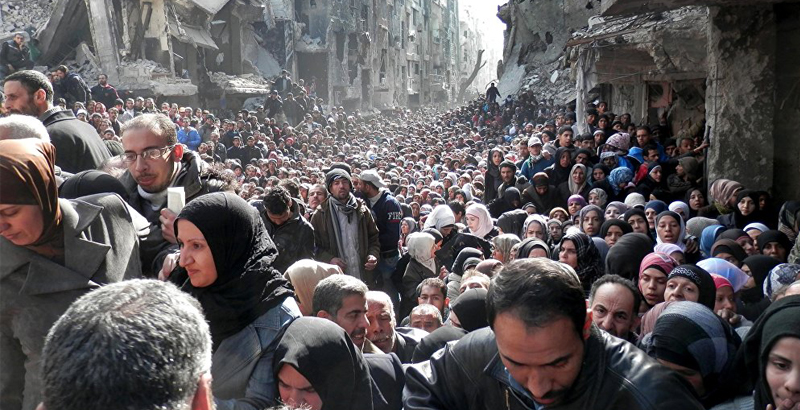 Official representative of the Russian Defense Ministry, Igor Konashenkov, has criticized reports on the humanitarian situation in Syria, published in the West.

“Reports of the same type on the situation in Syria, based on ‘testimonies’ of local ‘activists’, taken from social networks, rather harm the reputation of international organizations and authoritative media, than help solve humanitarian problems in Syria,” Konashenkov said.

According to him, “the Western propagandists’ desire to faster legitimize the garbage mountain of their own fakes and outright lies, to which huge budgets were spent in the last year” is too clearly traced in their publication.

The spokesman for the Russian Defense Ministry noted that such reports cannot replace bread, medicines and roof over the head for Syrians. He also added that if Western television companies broadcasted advertising instead of their stories about alleged “horrors” in Aleppo and sent profits, gotten from it, to help Syrian residents, a “garden city would bloom there now.”

“Therefore, it would be better to funnel the considerable money, spent on preparation of numerous folios, to rendering real assistance to those, to whom these reports are allegedly dedicated,” Konashenkov concluded.

Earlier, the International Committee of the Red Cross (ICRC) reported that 13 million of people need humanitarian aid in Syria. Four million of them live in besieged and hard-to-reach areas.