According to expert Mikhail Pogrebinsky, the European Union tends to treat the Minsk agreements as a mechanism of transfer of the rebel regions under Kiev control. Donbass residents are just afraid to become a part of a terrorist state after sabotage attempts, undertaken by Ukraine in Crimea. 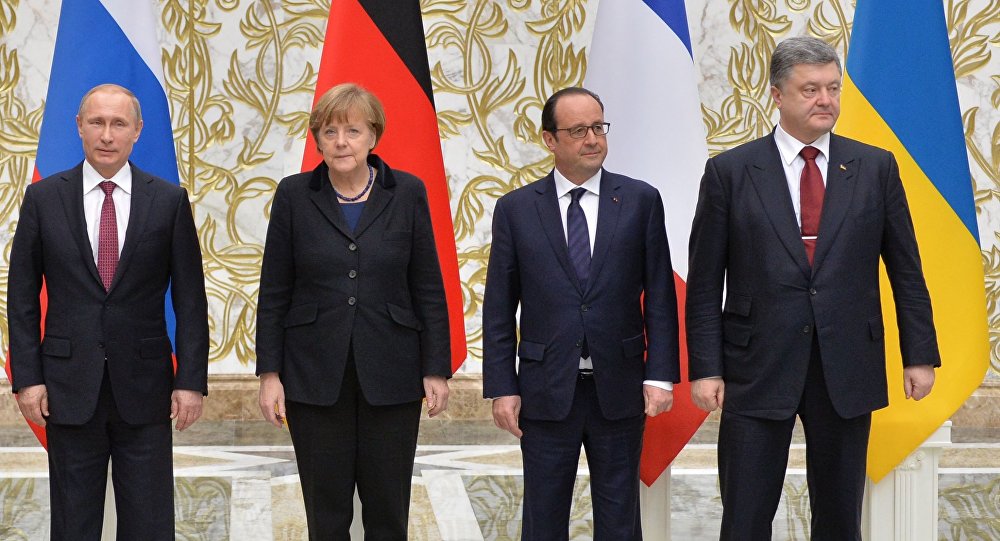 US interests continue to dominate in European politics, Director of the Kiev Center for Political Studies and Conflictology, Mikhail Pogrebinsky, wrote in the Izvestiya newspaper. Pogrebinsky also noted that Europe has demonstrated its political will to force Kiev to meet its commitments, undertaken in Minsk.

“Europe has not even tried to use its successful experience in resolving such conflicts on the basis of compromises and peace enforcement, as it was in Macedonia, Northern Ireland, Bosnia etc. Europeans tend to treat the Minsk agreements as a mechanism of transfer of the rebel regions under Kiev control,” the expert noted.

According to Pogrebinsky, conditions of reintegration of the unrecognized republics’ territories in Ukrainian legal and political space, the main one among which is a real autonomy of Donbass, are considered by Europeans as ‘a cherry on the top of the cake’ that can be neglected.

“For this reason, they are easy on the refusal of Kiev to legislate this autonomy in the constitution and laws,” he noted.

“Obviously, in a case of implementation of political and economic autonomy for Donbass, it will be impossible to use Ukraine as an anti-Russian bridgehead, and Kiev will have to forget about its integration with NATO. The last item is more interesting for the US than for Europe. But up to now, American interests dominated in European politics, and it scarcely will be changed in the coming years, no matter who will be the next US President. In short, a real autonomy of the Donetsk People’s Republic (DPR) and the Luhansk People’s Republic, as it is written in the Minsk Agreements, would mean a Putin’s victory for the West, which they are not ready to admit, at least today,” Pogrebinsky explained.

Yesterday, spokesman for the Russian Foreign Ministry, Maria Zakharova, said that after sabotage attempts, undertaken by Ukraine in Crimea, an implementation of the Minsk agreements is called into question, because Donbass residents are just afraid to become a part of a terrorist state.

“When people are engaged in the preparation of sabotage acts on the territory of Crimea, about what merger in a common house we can speak in respect of Donbass? People in Lugansk and Donetsk will not seek the negotiation process, but will be afraid of Ukraine. The most scary thing for them will be to become closer to Kiev,” Zakharova said.

Minsk was an incredible opportunity for Kiev to regain eastern Ukraine had they acted quickly.

I was always confused about some portions of Minsk. 1. Kiev was supposed to modify their constitution to define Donbas statehood within Ukraine. 2. The Ukrainian army is allowed to occupy Donbas. 3. Donbas holds elections.

Regarding 2/3 I don’t know the exact order. Regarding 3, I don’t know if that was to ratify the Ukrainian amendment or to merely hold elections for the newly defined offices. I find it hard to believe that eastern Ukraine would have to accept whatever the govt in Ukraine rights into law regardless of content.