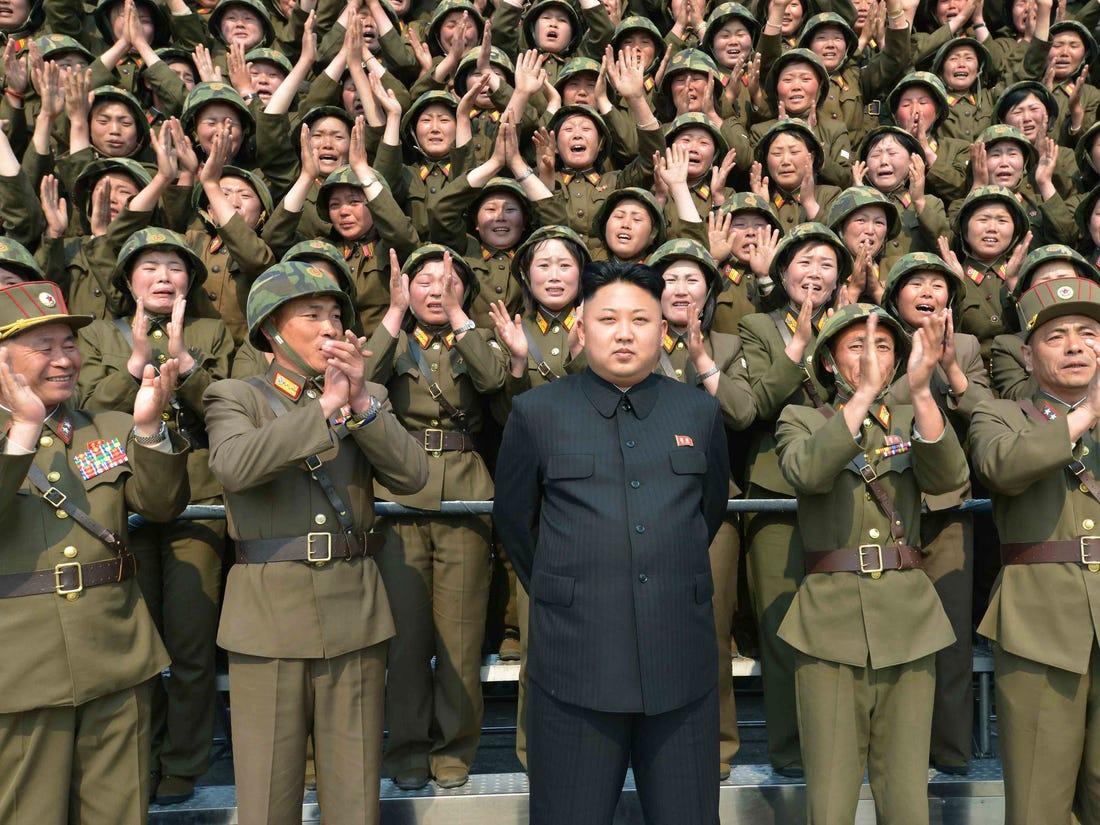 North Korea’s cruise missile test was within the bounds of international law.

The Korean Central News Agency (KCNA) reported that North Korea successfully test-fired a new long-range cruise missile over the weekend. The trial included ground-based rocket engine thrust testing, flight testing, control testing, navigation and more. All tests were reportedly successful and the missile was able to hit its target at a distance of 1,500 kilometers. South Korea, Japan and the U.S. are analyzing data on the long-range cruise missile launch, but as Japanese Chief Cabinet Secretary Katsunobu Kato said on Monday: “If a missile capable of flying 1,500 kilometers really was launched, it would threaten the peace and security of the region surrounding Japan, and we’re concerned about that.”

Despite this concern, all signs indicate that active diplomacy is taking place and that some initiatives are being prepared. It must be considered that North Korea often conducts such testing when it wants communication or negotiation with the U.S. or South Korea. Negotiations are progressing slowly and Washington appears to have no eagerness to find a compromise with Pyongyang to allow it to conduct its tests and ease sanctions. It is likely that U.S. President Joe Biden understands that a compromise with North Korea would most likely not be considered a diplomatic success, but rather it would create domestic political issues. It can be expected that U.S. media and the opposition Republican Party will criticize the president for being too soft on North Korean leader Kim Jong-un if negotiations resume. 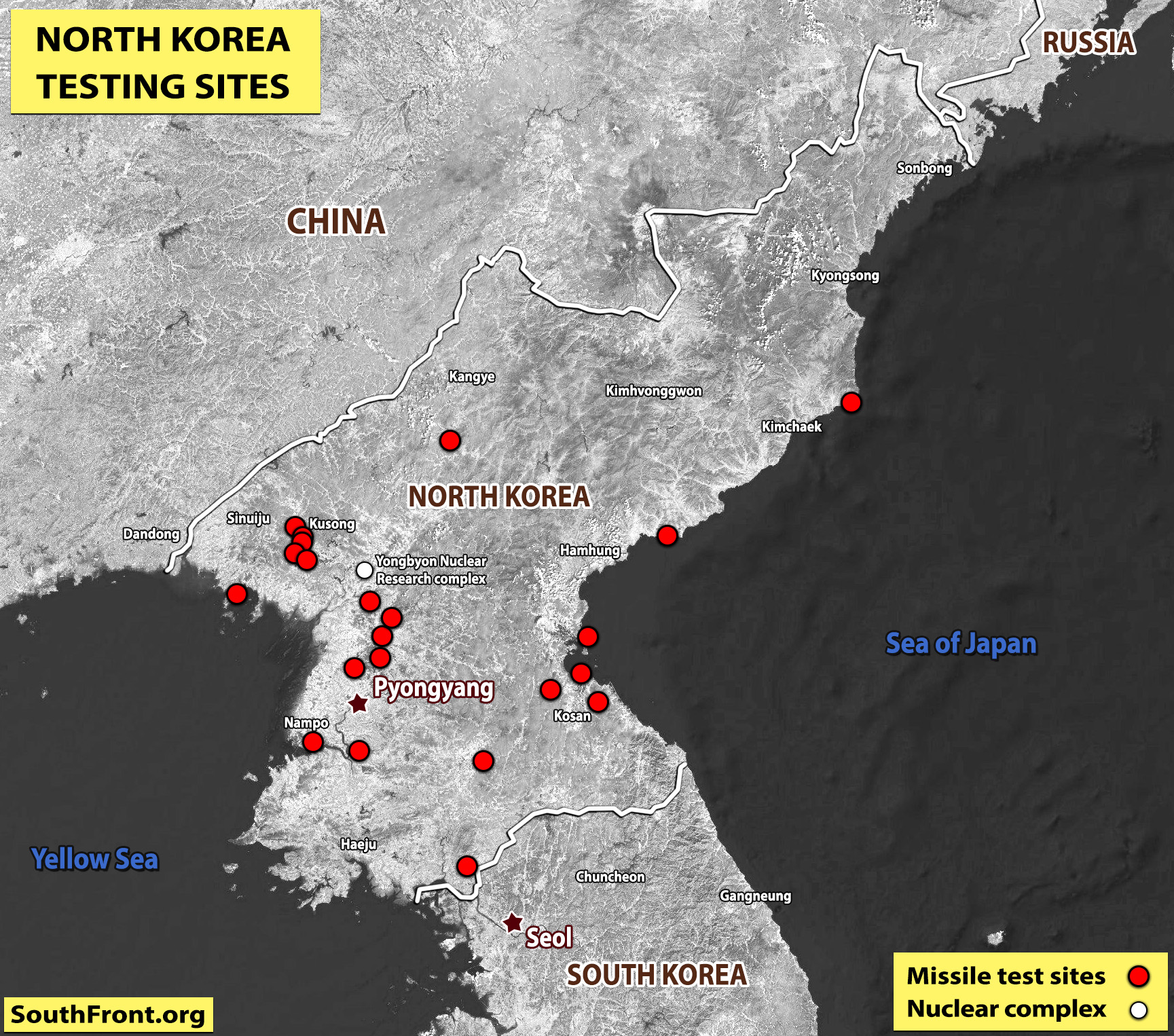 Pyongyang could be seeking to speed up the negotiation process. If this was North Korea’s intentions, they did it in the softest way they could. In the past, when Pyongyang wanted to push negotiations, even more dramatic testing was conducted, such as nuclear explosions. This caution is due to the fact that North Korea itself does not want tensions at this moment in time, but it cannot be overlooked that cruise missiles have potential to carry nuclear warheads. More importantly, China is trying to deescalate tensions around Taiwan and the South and East China Seas, therefore renewed hostilities on the Korean Peninsula would certainly not be in Beijing’s interests.

Last week, the South Korean Foreign Ministry reported that the special envoy of the Ministry of Peace and Security of the Korean Peninsula, Noh Kyu-duk, would visit Japan September 12-14. His three-day visit included discussions with the Director-General for Asia and Oceania of the Japanese Foreign Ministry, Takehiro Funakoshi, and U.S. Special Envoy for North Korea, Son Kim, on the situation and peace process on the Korean Peninsula.

Japanese Foreign Minister Toshimitsu Motegi stressed that the trilateral meeting had been scheduled before North Korea test-fired the missiles. He did say though that a meeting only a day after the testing is a “good occasion to reconfirm close cooperation among the three countries and discuss the latest North Korean situation.”

North Korea’s new long-range cruise missiles is changing the military-political landscape in the region, especially since the Asian country appears to be one of a very few in the world that can domestically produce such a modern weapon. It is difficult to counter such a weapon in real combat conditions as they fly at low altitude, thus reducing the ability of ground radar to detect them.

It is recalled that in 2019, the Houthi-backed Ansarullah Movement in Yemen claimed responsibility for a cruise missile attack that successfully hit Saudi oil targets that are protected by air defense systems. The Ansarullah Movement also claimed further cruise missile attacks against Saudi Arabia in 2020. In fact, in combination with ballistic missiles and drone attacks, the situation became so untenable for Saudi Arabia that in April 2021 they signed a deal for Greek soldiers to man a Greece-supplied Patriot missile system to protect critical energy facilities. Regardless of whether the cruise missiles were domestically produced in Yemen or supplied by Iran to the Ansarullah Movement, the attacks demonstrated that even a small force can use cruise missiles to deadly effect against what is supposedly a superior military force.

China, Russia, the U.S. and South Korea all have cruise missiles, whilst Japan is planning to purchase such missiles from the U.S. Given North Korea’s mostly isolated position in the world, the need for such a weapon is even more crucial for its security. Pyongyang would also feel that they should have such weapons for security if their neighbors do so as well.

Although Western media was outraged by North Korea’s cruise missile testing, it must be noted that such tests do not violate any United Nations Security Council resolutions. It is more reasonable to view the missile test as North Korea attempting to create a balanced multi-component deterrence system with both nuclear and non-nuclear weapons. The testing however should also be viewed as North Korea signalling that it wants to negotiate again with the U.S. to ease tensions on the Korean Peninsula and resume the talks that were first instigated by former president Donald Trump in 2018. Effectively, North Korea wants to push the U.S. and other countries involved in the negotiation process to allow the country to test cruise missiles without aggravating the situation any further.

The west should be outraged at the oil they stealing in Syria and the genocidal vaccines they distributing.

Damn right, EXACTLY! Who the fuck is the West, I don’t recognize such a thing, and who IS OUTRAGED again>?> Personally no one gives a flying fuck, what DEAD BIDEN thinks, by the way!!!!

Russia and China are involved with the UN and the genocidal Covid scam.

Mmmm, so the ‘West’ is outraged because North Korea can hit any Western forces that attack North korea?

More proof that the West prefers to play soldiers in conflicts where their enemies are armed with very basic weaponry.

It’s just not fair that Western troops are put at risk is such an underhand way :)

Let the cunts be outraged. There’s not a damn thing they can do.

Who is this Mr or Mrs West the article speaks of? There isn’t a media group called “Western”; why don’t you say the media arm of the CFR? AP, Thomson-Reuters and AFP. It would be cool, if Paul could be more precise. It would help his work greately. “Western” is such a wishy-washy term. And Japan lies in the East.

The hypocrisy is over overwhelming by the West. South Korea just tested their own sub launched ballistic missile but to the West that’s good. North Korea test theirs and that’s bad?