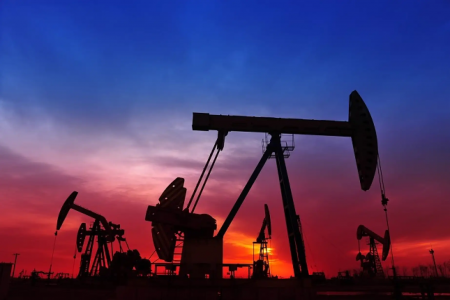 “I’ve been doing this 30 years and I’ve never seen markets like this,” Currie said in a Bloomberg TV interview. “This is a molecule crisis. We’re out of everything, I don’t care if it’s oil, gas, coal, copper, aluminum, you name it we’re out of it.”

Futures curves in several markets are trading in super-backwardation — a structure that indicates traders are paying bumper premiums for immediate supply. The downward sloping shape in prices is generally taken to mean commodities are severely undersupplied.

These are very alarming market signals, which demonstrate not just some short-term trend, uncharacteristic for the market, but point to structural problems of the global economic order.

As far as for the commodity markets themselves, experts point out that since 1986 the illusion of a commodity surplus has been artificially created by the constant growth of commodity futures trading. The Covid Crisis finally put an end to this practice. One deep state tool destroyed another, the both were designed to keep the world’s major transit flows and economic infrastructure under due control.

The turning point was in 2008, when Washington and Brussels turned on the printing press to the maximum capacity to prolong the life of the stock market model of the economy, creating a surplus of money on the stock exchanges. It is important to understand that issuing was and is not the way to solve the problem, but to postpone the solution, in other words, it is buying time. The solution does not lie in the economic sphere, that is, it can not be found by manipulating the parameters within the existing economic model. It is in politics: in changing the paradigm of world economic development or changing the world economic model itself.

Launching the idea of limited growth through a sustainable development mechanism (global control of the planet’s resources) is one attempt at such a solution.

This raises the main question: who will define the framework and parameters of sustainable development, new regulations?

In answering this question lie the main causes of the crisis. They stem from a radically different vision of their place and role in the world order on the part of the elites of the United States-Great Britain, China, Russia and Europe.

Of course, there are other solutions, a web of possibilities: from sensible regionalization to global war or a real pandemic. One way or another, the main question remains unchanged – who will finally define regulations?

A house of cards will always fall sooner or later. Just like a house built on sand.

And no one wants to build on THE solid foundation.

So basically, the Obama printing press is what drives food and oil price inflation today in our countries. Damn, we are all outbided by the US.

When everything fails, only war remains….

Wars made the Empire. Not just their wars (including the Civil war), but especially world wars: America hugely profiteered from both. when Europeans die in millions, Wall street banksters earn billions.

They’ll do it again if we let them. There’s a reason why they want to kill anonymity on the internet. They want you afraid to speak your mind and afraid to consume information they deem dangerous. They know where this is heading if they can’t shut people up and close peoples minds the way they were in the 80’s.

The sad thing is that only the young will fight. Older folks are beginning to see the whole picture and the young among us think we’re fools. I suppose that could be by design.

Don’t fool yourself. The billionaires will continue to dictate policy until the planet is completely destroyed.