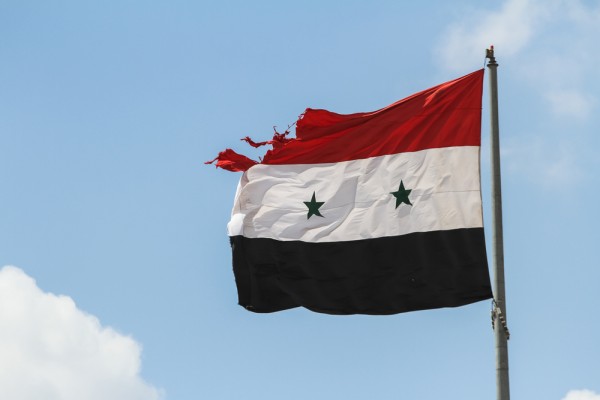 The ceasefire in Syria (which is not really a ceasefire, but rather a “focusing of combat operations”) is holding surprisingly well. This is primarily due to the brilliant tactic of forcing each fighting group in Syria to define itself either as a “good moderate”, and be guaranteed safety, or as as en “evil terrorist” and become an indisputably legitimate target which anybody can engage. De jure, the only ones who can legally engage anybody in Syria are only the Russians and the Syrians, everybody else, including the US-led coalition, is present there in total illegality, but de facto the latest agreement also acknowledges the right of all parties to engage the “evil terrorists”. By forcing each group to self-define itself the Russians have completely taken away any credibility from the rather ludicrous accusation that they were bombing the “good terrorists”, the latter category having basically disappeared from the conflict. And to be really honest and blunt about it, the US has been forced to accept the Russian definition of a terrorist as “anybody who fights against the Syrian government”. Oh, I know, they never agreed to such a wording, but since those who until now fought were categorized into “good” and “bad” opposition to the Syrian government and since now the “good opposition” accepts the truce/ceasefire, that means that all those who fight against the government are ipso facto “bad”. Thus anybody taking up arms against the Syrian government is “bad” and a legitimate target for total elimination. QED.

The worst part for the Americans must have been that they waltzed into this conceptual trap with their eyes absolutely open, but that they could do nothing about it. They knew that their only chance to avoid a humiliating military defeat on the ground was to transmogrify it into a “ceasefire” followed by some kind of vague “transition”. So yeah, they hate this outcome, but the other one was even worse. Besides, some officials no doubt realized that the American policy in Syria was totally insane, bordering on a kind of dissociative identity disorder in which various agencies were not aware of what the others were doing and, in some cases, were even literally fighting each other on the ground. To persist on such an absolutely crazy course was bringing the risk of a major war with Russia, something neither the Europeans nor a big part of the (non-Neocon) US deep state really wanted. So while we can legitimately pour scorn on the imbecility of the Obama Administration’s policy in Syria, let us always also remember that it could have been worse (just imagine Hillary in the White House!). By stepping back from the brink the USA did the right thing.

And it’s not like we should choke up on gratitude either. First, the USA created his mess to begin with and, second, it’s not like right now they have fully recovered their sanity either. Not only is the US seething at its humiliation by Russia but now some die-hard Neocons want to try Assad, Russia, Iran for ‘war crimes’ in Syria! That nonsense is the direct result from this uniquely American mix of delusion and impotent rage about Russia and, really, the entire world. Something like a child breaking a toy he was told he could not have. While I would never discount the possibility of the USA doing something really reckless, the main danger today, as before, comes not from the USA but from the toxic and explosive Turkey+Saudi combo.

Ankara and Riyadh are giving all the signs of being up to no good. Not only does their rethoric remain bellicose, they are also playing all sorts of very dangerous military games: in a display of total irresponsibility and recklessness Saudi Arabia has reportedly engaged 150,000 troops in what the Saudis describe as “the 2nd largest military gathering since Desert Storm”. Other sources (here and here) speak of 350,000 troops (20 countries are now officially participating in these exercises). The Saudis have also moved 4 F-15S to the Incirlik air base in Turkey. This is not much, but this could be just a “tripwire force” which, if attacked, could justify the engagement of a much larger and reasonably modern Saudi Air Force(roughly 300 combat aircraft, 5 AWACS and 5 aerial refueling aircraft). Add in the Turkish Air Force (roughly 250 combat aircraft, 4 AWACS and 7 aerial refueling aircraft) and you will see that the threat to the tiny Russian Aerospace task force (50 combat aircraft) is very real, even if the Russian pilots and their aircraft are quite superior to anything the Turks or Saudis have. The Iranians also feel threatenedand are warning against an invasion of Syria.

So how big is this Saudi-Turkish threat really?

It really depends on your assumptions.

If you assume that the Turks and the Saudis are rational actors, then the threat is not that big. For one thing, even if this “Wahabi coalition” brings in a lot of airpower, their ground forces, while large, are far away from the conflict zone and do not have what it takes to take on the Syrian-Iranian-Hezbollah forces on the ground. And since airpower alone cannot win a war, the only ground force the Turks and Saudis could count on would be Daesh. Not a good option at all, not militarily not politically. However,

If you assume that the Turks and the Saudis have “lost it” and are leashing out in frustration over their failure to overthrow Assad and take control over Syria, then they most definitely can bring about a direct conflict which Russia: since the tiny Russian force in Syria cannot protect itself against such a large adversary, Russia would have no other option than to bring her long range strike capabilities (Aerospace Forces, cruise and ballistic missiles) into the fight. Even more relevantly, Russia would have to strike at the Turks and the Saudis who would be operating from air bases shared with the US (CENTCOM) and NATO in Turkey and Saudi Arabia. Also, in case of such a brazen Saudi-Turkish attack on Russian Forces I would fully expect Russian MiG-31s (possibly operating from Iran) to engage enemy aircraft. At the end of the day, neither Iran nor Russia will allow the Wahabis to overrun Syria and thus the Turks and Saudis need to ask themselves if they really want a war against Russia, Iran, Syria and Hezbollah, especially a war in which both Russia and Iran can, and probably will, strike at their domestically deployed military forces and their support infrastructure?

A more likely scenario is that the US, Turkey and the Saudis are trying to find some way to rescue Daesh and to carve up some “Syrian Wahabistan” which could be used to keep Syria weak and bleeding for the foreseeable future. This is clearly the options the Israelis also favor: to break up Syria into a de facto Syrian Kurdistan in the north, a Wahabistan in the east and a secular Syrian republic along the Mediterranean coast. The fact that all this is in total contradiction with the decisions of the UN Security Council apparently does not bother those who are now contemplating such options.

It appears that we are in the proverbial “calm before the storm” and that the war in Syria will soon re-ignite with a possibility even bigger intensity than so far.

Do you think that fighting together with Iran, Syria and Hezbollah is a wise option? For Gods sake, they do not even know wat human rights are!

Neither does the West.

no country truly keeps to the human rights act. it is only implied when someone is losing….

They’e not going to sit on their hands.

Why do those that project a Russian response to a Saudi aggression ALWAYS fail to recognize that Russia would not take any tit-for-tat military response, but would annihilate (but, not, necessarily, with nuclear weapons) the Persian Gulf, Ras Tanura oil facility and call “Shah Maat”?

No, Russia would not attack a NATO member’s territory, in a tactical response; they would attack the bae of Saudi economic activity, in a strategic response, to inform the Saudis that, should you persist, you won’t exist.