The T-55 main battle tank (also described as a medium tank) is a further development of the Soviet T-54B. In general, the T-55 looks very similar to the T-54B, but the improvements over its predecessor made the tank more efficient and lethal. The Soviet Army officially accepted the T-55 to service in 1958.

Before the Syrian War, the Syrian Arab Army had up to 2,000 T-55 main battle tanks. A high number of them has been destroyed, damaged, salvaged for parts or captured by Western-backed militants since 2011. Nonetheless, the Soviet-made tank is still overved at the Syrian battlefield.

Now, almost all sides of the conflict – the Syrian Arab Army, ISIS, Jabhat Fatah al-Sham (formerly Jabhat al-Nusra, the Syrian al-Qaeda branch) and others – are operating some numbers of the T-55. 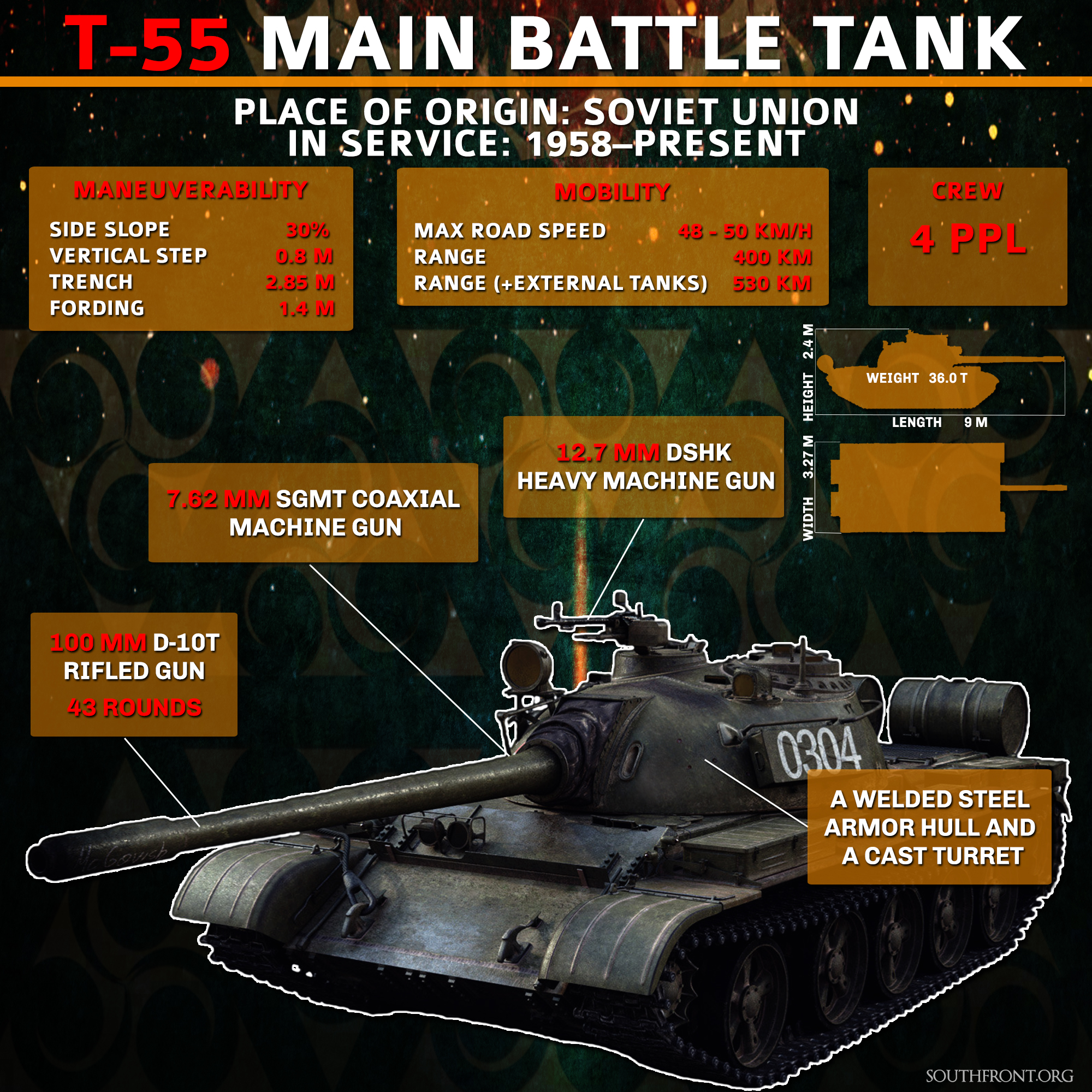 Another Soivet-made battle tank often observed at the Syrian battlefield is the T-72.