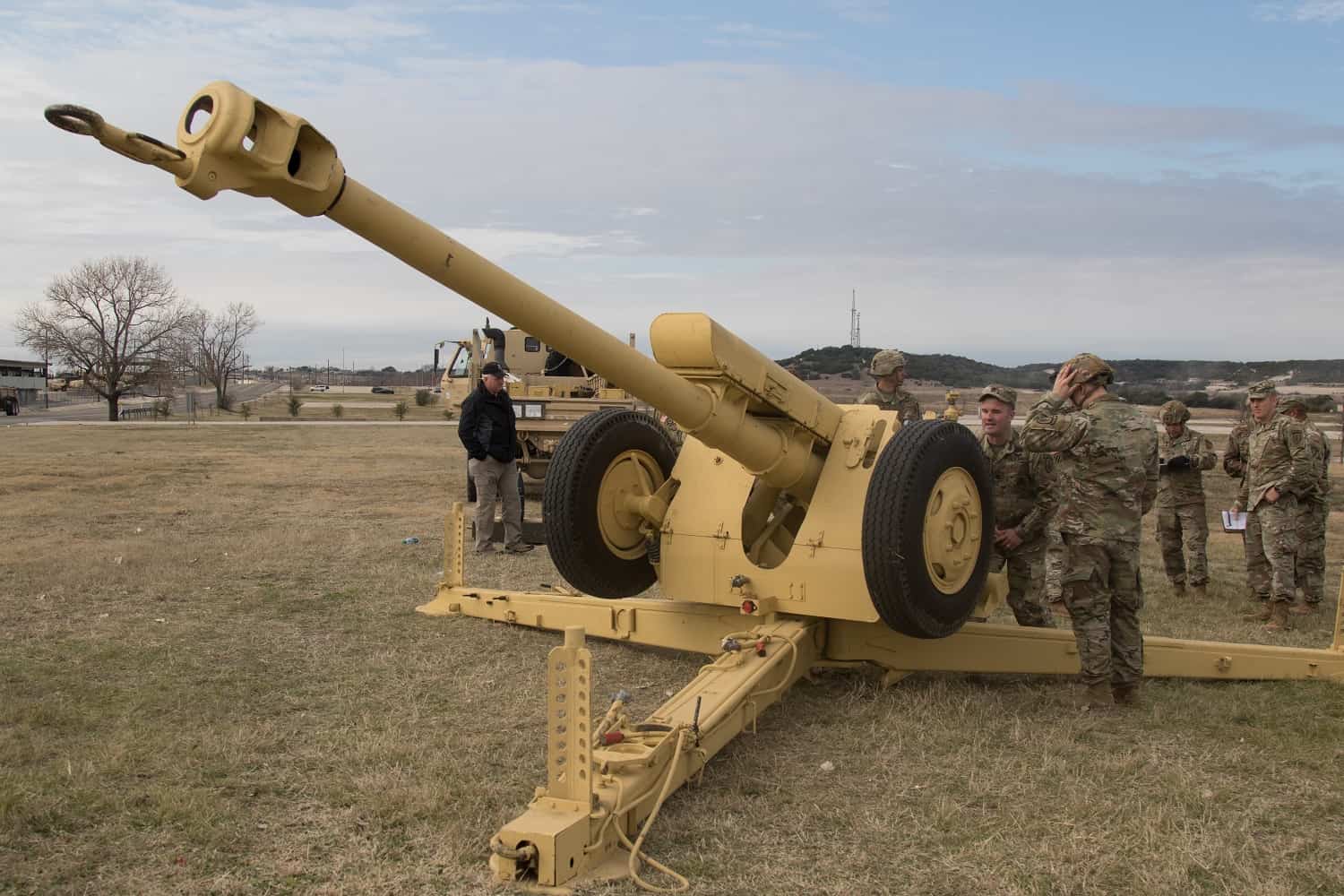 It is a robust piece that focuses on the essential features of a towed field gun suitable for all conditions. The D-30 has a maximum range of 15.4 kilometers, or over 21 km using RAP ammunition.

Both Azerbaijan and Armenia employ these howitzers in the war for Nagorno-Karabakh.

The D-30 is designed to defeat unsheltered and covered manpower, weapons and military equipment of the enemy at the forward edge of the battle area and to the regiment mission depth.

The D-30 has been widely exported and used in wars around the world, notably in the Middle East, and particularly in the Iran-Iraq War.

The D-30 uses the 2A18 gun which is also used by the Russian 2S1 tracked self-propelled howitzer. The maximum rate of fire of the D-30 is 6-8 rounds per minute, and about 75 rounds per hour.

The D-30 fires FRAG-HE and HEAT-FS variable-charge, case-type, separate-loading ammunition. There are at least two chemical projectiles for the D-30, with the CW agent is dispersed by the explosion of a TNT bursting charge.

The 122 mm howitzer is mounted on a three-trail carriage with all-round traverse. To raise the wheels, clear of the ground, a hydraulic jack with baseplate is used. The D-30 howitzer is loaded manually.

A pair of large tires is suspended on a single trailing arm; maximum towing speed is 60 km/h on the road.

On road position the D-30 howitzer can be towed by a military truck or tracked vehicle. In firing position, the crew of eight unhitches the gun, lowers the central firing jack, raising the wheels high enough to clear the trail legs, and spreads the two outer trails 120° on each side.

The revolving mount permits 360° traverse and is equipped for high and low angles of fire, making it fully suitable for antitank defense.

Elevation and traverse are manual with the former being from -7° to +70º.

Fire-control instruments include a Type PG-1M panoramic sight, Type OP4M-45 telescopic sight and a Type K-1 collimator. The D-30 can also be equipped with an IR or passive night vision sights for direct fire. 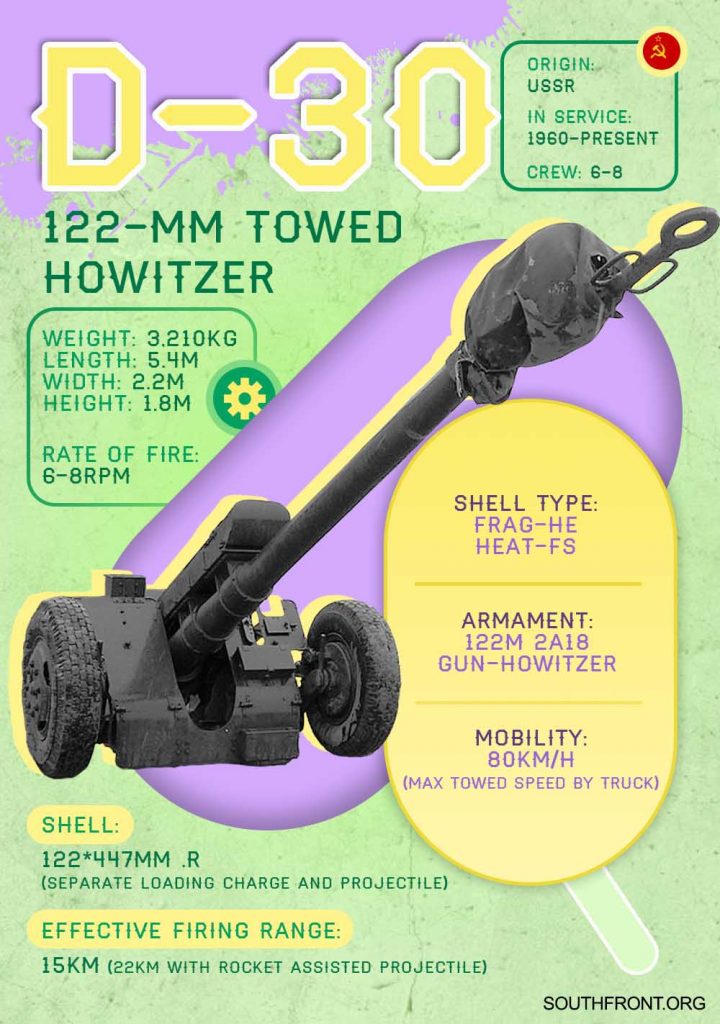 Indian media and even some Russian media is reporting that President Putin is retiring due to Parkinsons. Hope that is fake news.

The Russian D-30 is perhaps the most widely used howitzer in the world. It is relatively light weight, versatile and easy to operate with a high degree of accuracy and range. Iran captured almost half of its 600 D-30 from Iraq, mostly in the poorly deployed Iraqi positions in the hilly Mehran-Mandali region where the hilly terrain is quite similar to NK and vulnerable to commando raids. D-30 is very easy to maintain with simple tools and that is why it is popular with many third world militaries as well. Some of the Iranian D-30 are earlier 1970’s PLA versions and not as good as the original Russian/Soviet ones. Over 200 of Iranian D-30 have been heavily upgraded and converted into SP guns.